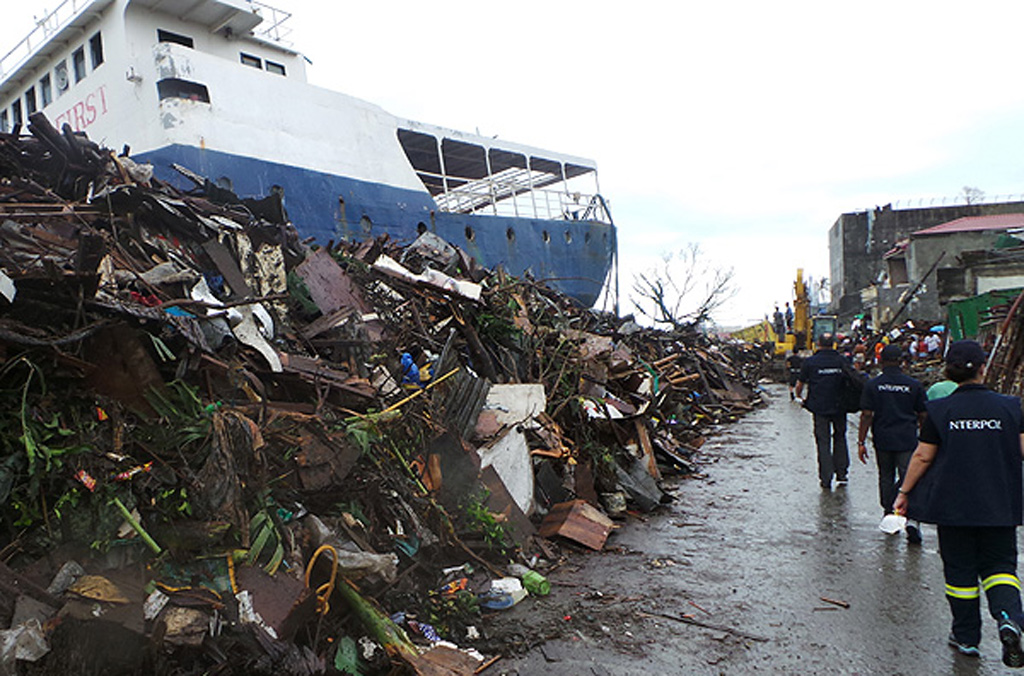 INTERPOL and the International Commission on Missing Persons (ICMP) have signed an agreement to manage a permanent global platform centralizing disaster victim identification efforts, to assist countries faced with natural or man-made catastrophes such as Typhoon Haiyan in 2013.
/

The INTERPOL Permanent Platform for Disaster Victim Identification (PDVI) will be established at the INTERPOL Global Complex for Innovation in Singapore. The cooperation agreement between INTERPOL and the ICMP outlines the roles each Organization will play in the management and operation of the platform.

The INTERPOL PDVI will serve as a global resource and centre of excellence to enhance preparedness and build on existing capabilities to respond to large-scale disasters more effectively.

In particular, the PDVI will create a rapid deployment model for DVI assistance to provide the necessary expertise whenever and wherever required, to speed up the international response to natural or man-made disasters.

“The ICMP has made a significant contribution to international disaster victim identification efforts via its expertise in the application of forensic science to human identification,” said Secretary General Noble.

“Through this partnership and the combined experience of INTERPOL and the ICMP, we can continue to offer member countries the fastest and most professional response when disaster strikes, and ensure the resources are available to support the DVI process until every victim is identified,” concluded the INTERPOL Chief.

INTERPOL will lead the DVI operations by managing the logistics and infrastructure of the PDVI and coordinating the identification areas of fingerprints and dental records, in addition to other DVI-related activities.

“The establishment of a Permanent Platform for Disaster Victim Identification by INTERPOL and ICMP represents a positive development in addressing the global problem of missing persons cases from natural and man-made disasters,” said ICMP Director General Kathryne Bomberger.

“Given that all countries are vulnerable to both natural and man-made disasters, and given that very few of them have the means or capability to reliably identify victims, this platform will offer governments around the world access to state-of-the-art forensic mechanisms and standards to respond to a DVI scenario,” she added.

The agreement builds upon the longstanding partnership between INTERPOL and the ICMP in the area of disaster victim identification including the 2004 Asian tsunami, Typhoon Frank in the Philippines in 2008, the 2010 Haiti earthquake, the Westgate shopping centre terrorist attack in Kenya in 2013, Typhoon Haiyan in the Philippines 2013 and most recently the Malaysia Airlines MH 17 crash in Ukraine.

The ICMP was established in 1996 at a G-7 Summit in Lyon, France to assist governments and others account for missing persons. Today, ICMP is actively engaged in providing assistance to countries around the world in account for people who have gone missing as a result of armed conflict, human rights abuses, disasters, organized crime and other causes.