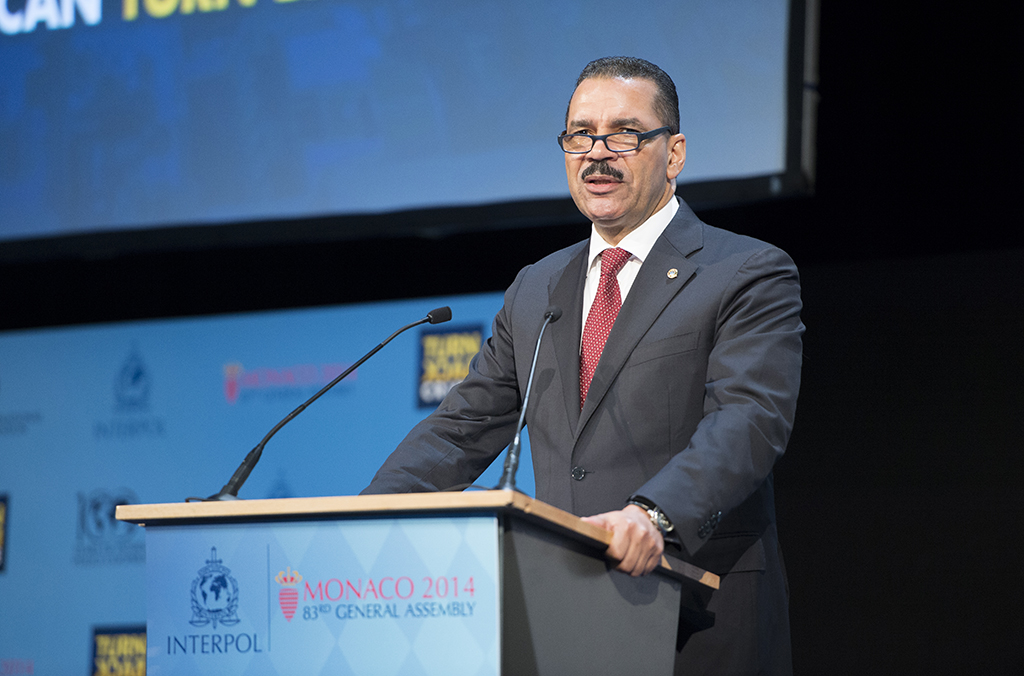 “I hope that together we can make the tools and services of INTERPOL known and used throughout the world,” Secretary General Ronald K. Noble told delegates from INTERPOL’s member countries. 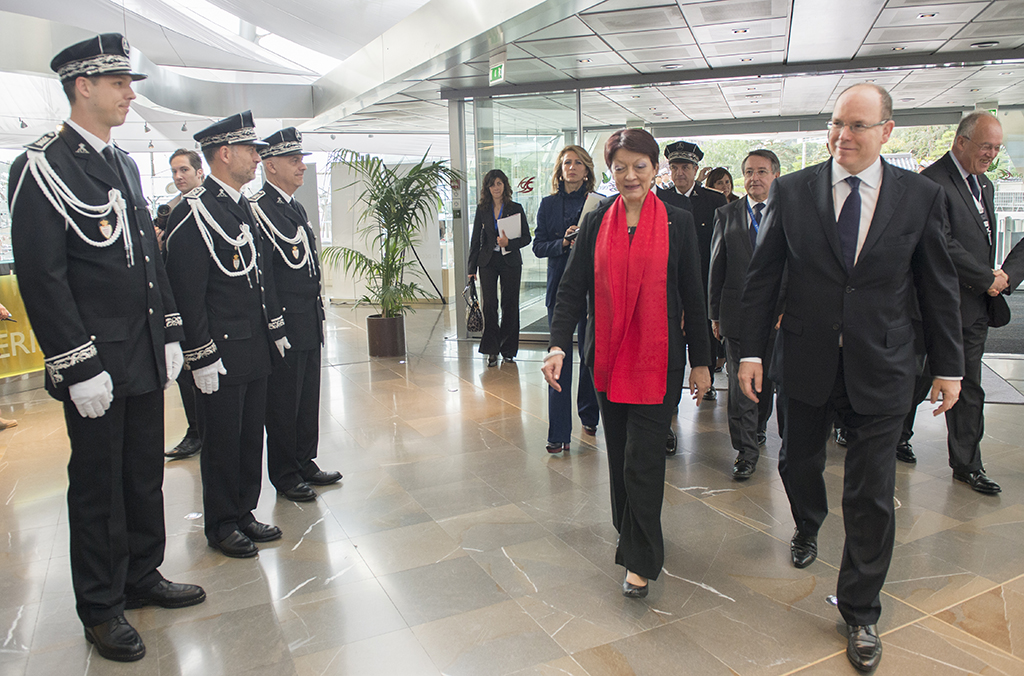 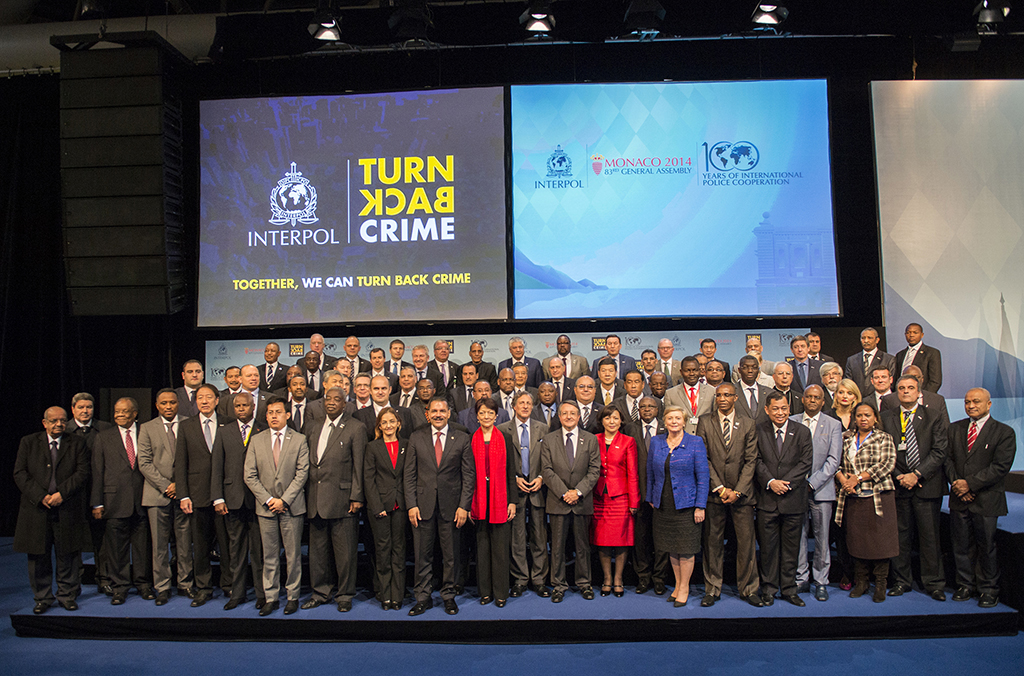 Ministers for Justice, Home Affairs and Security from some 100 countries attended a Ministerial meeting at INTERPOL’s General Assembly. 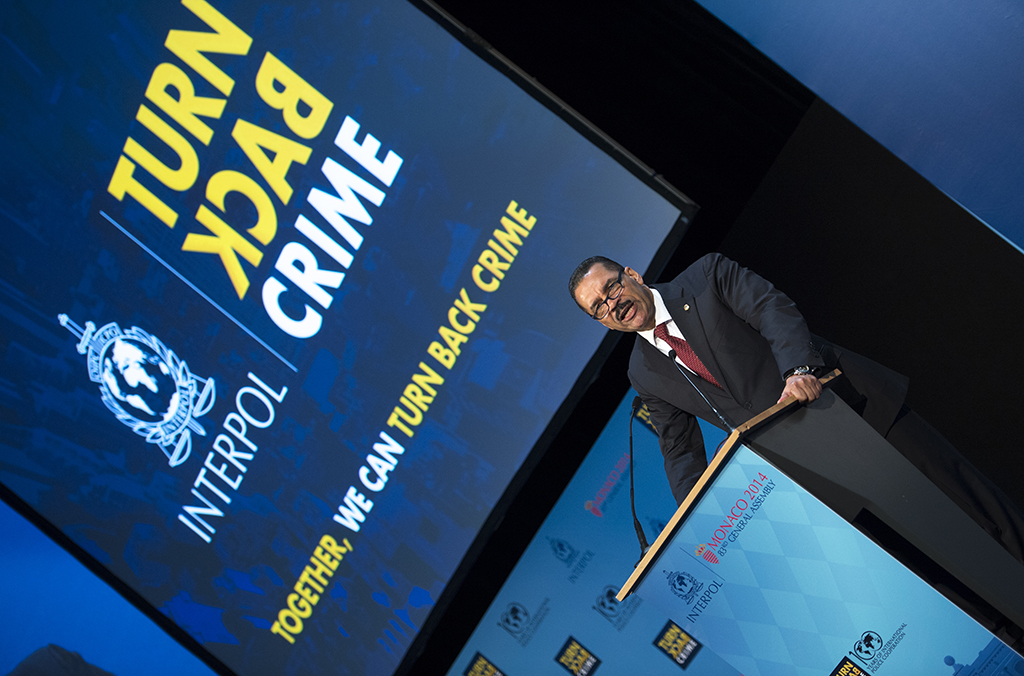 The theme for the General Assembly this year is Turn Back Crime: 100 years of international police cooperation. 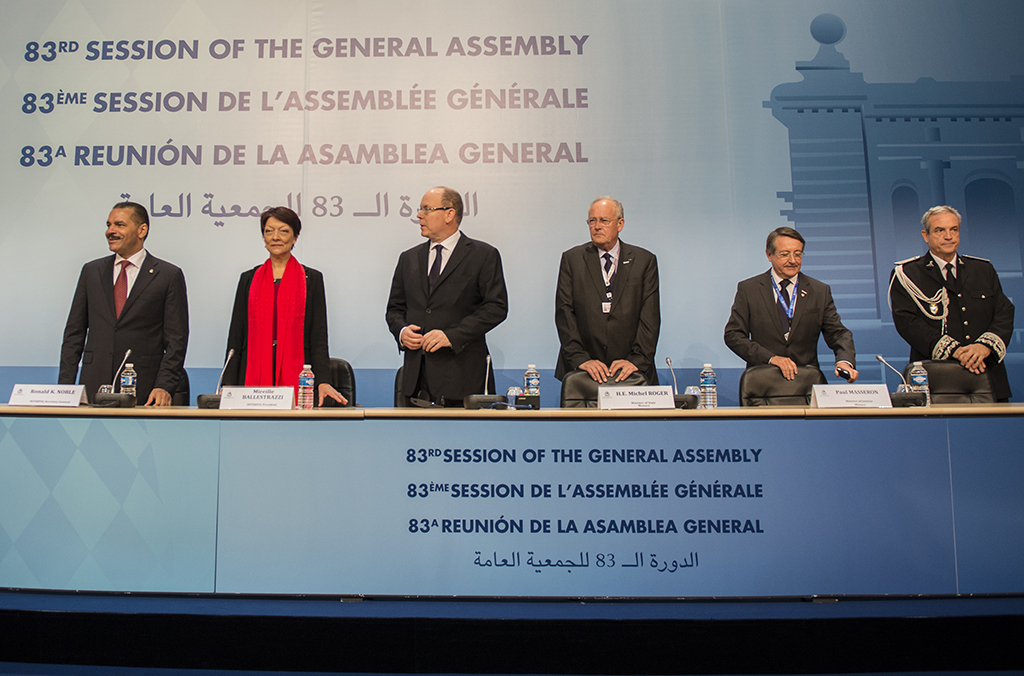 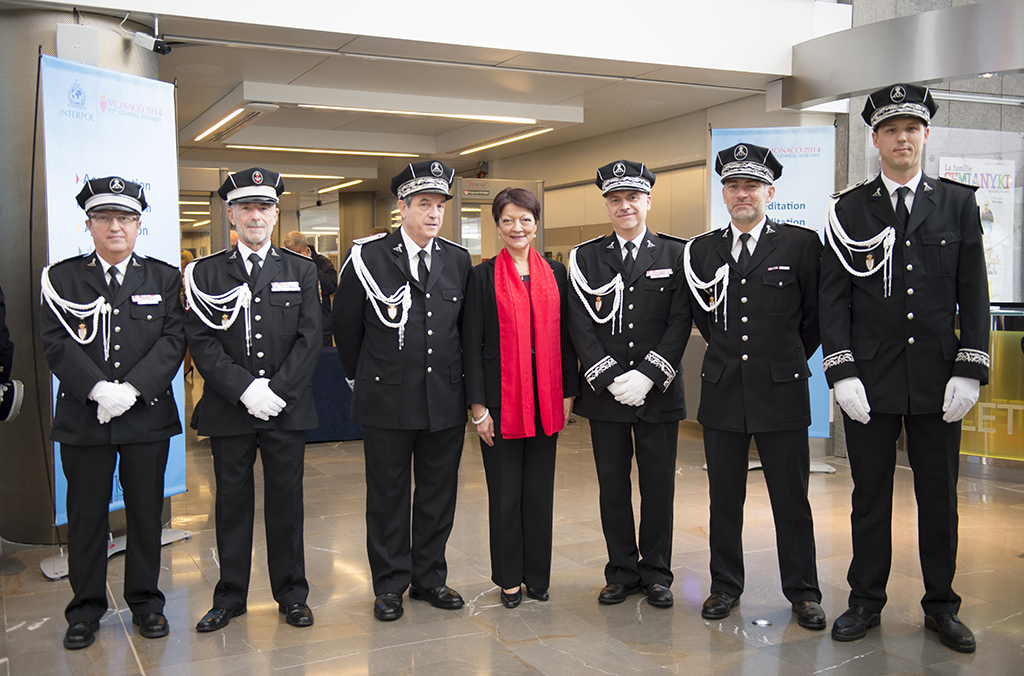 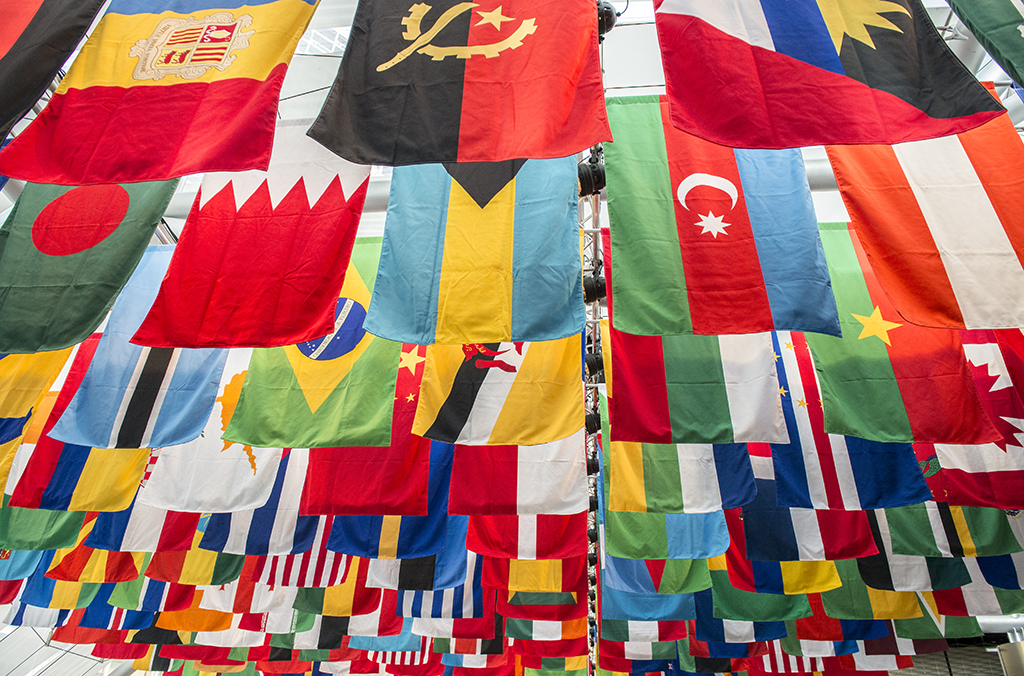 This historic Assembly marks 100 years since the idea of international police cooperation was born with the first International Criminal Police Congress in Monaco in 1914. 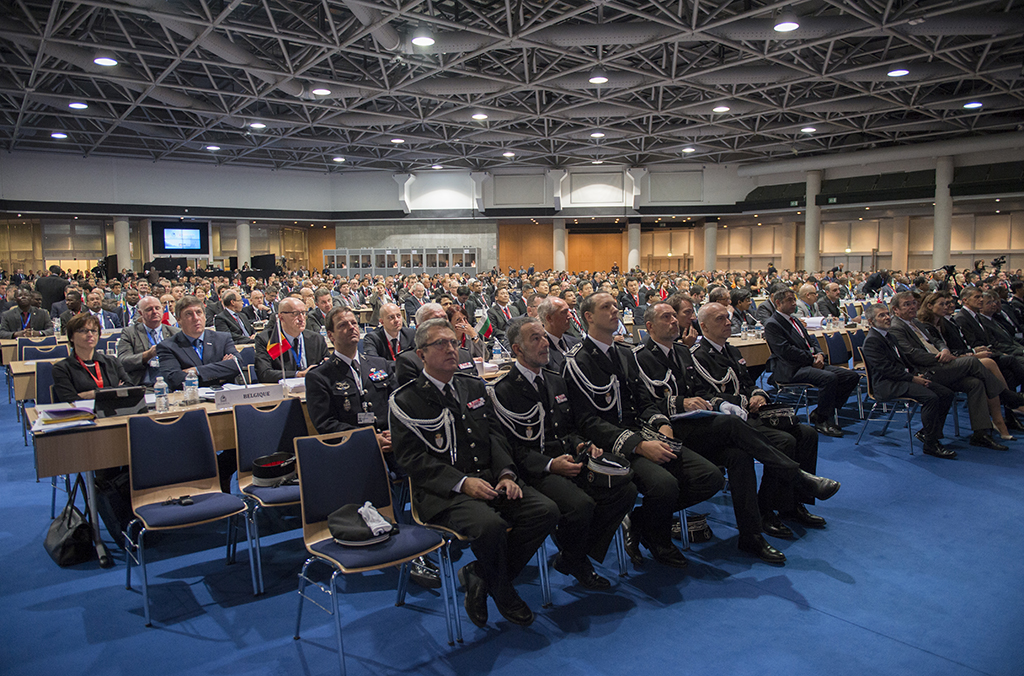 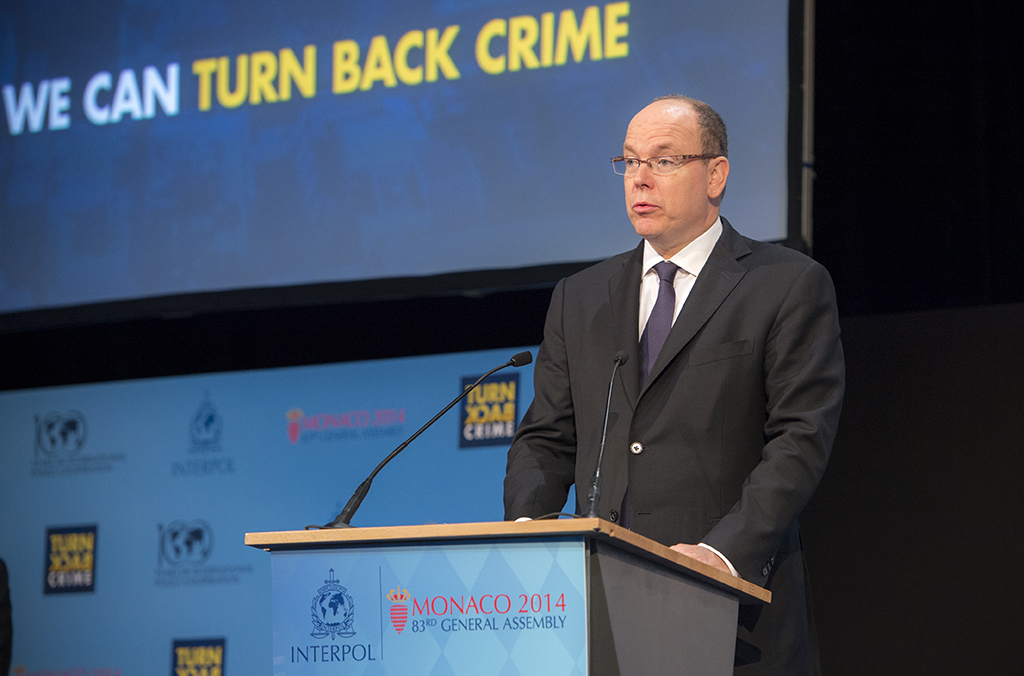 HSH Prince Albert II of Monaco delivered a welcoming address to ministers and delegates of the General Assembly. 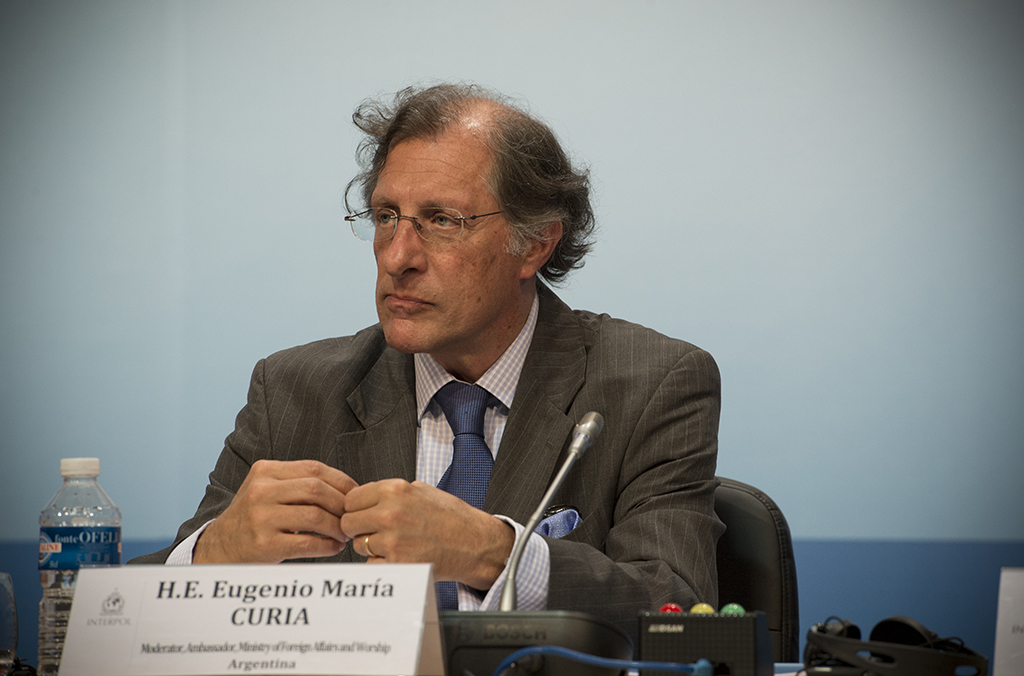 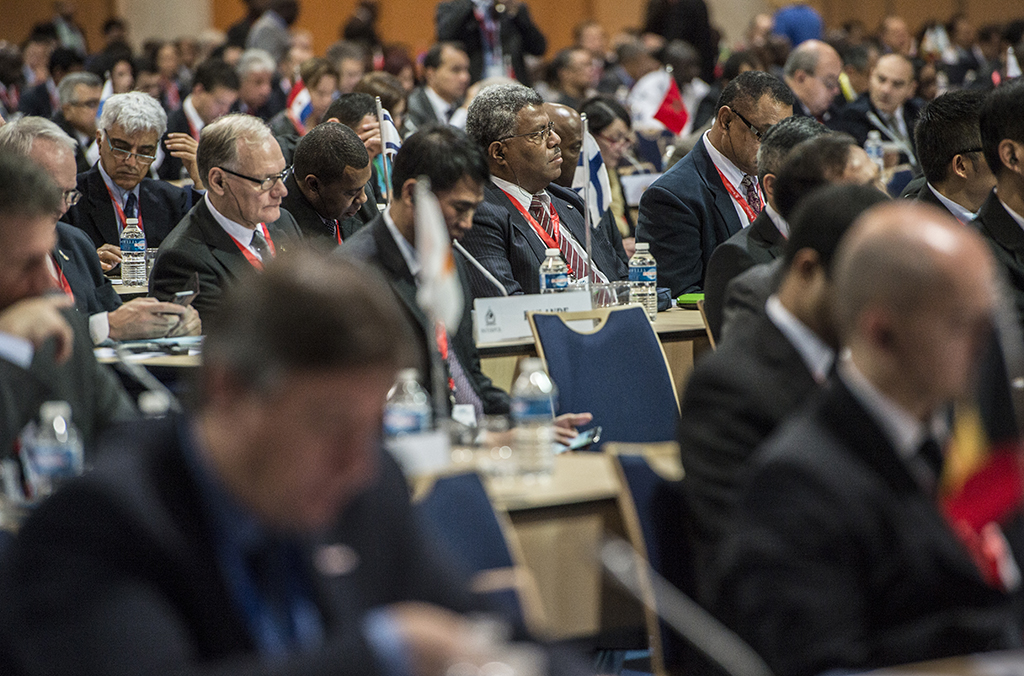 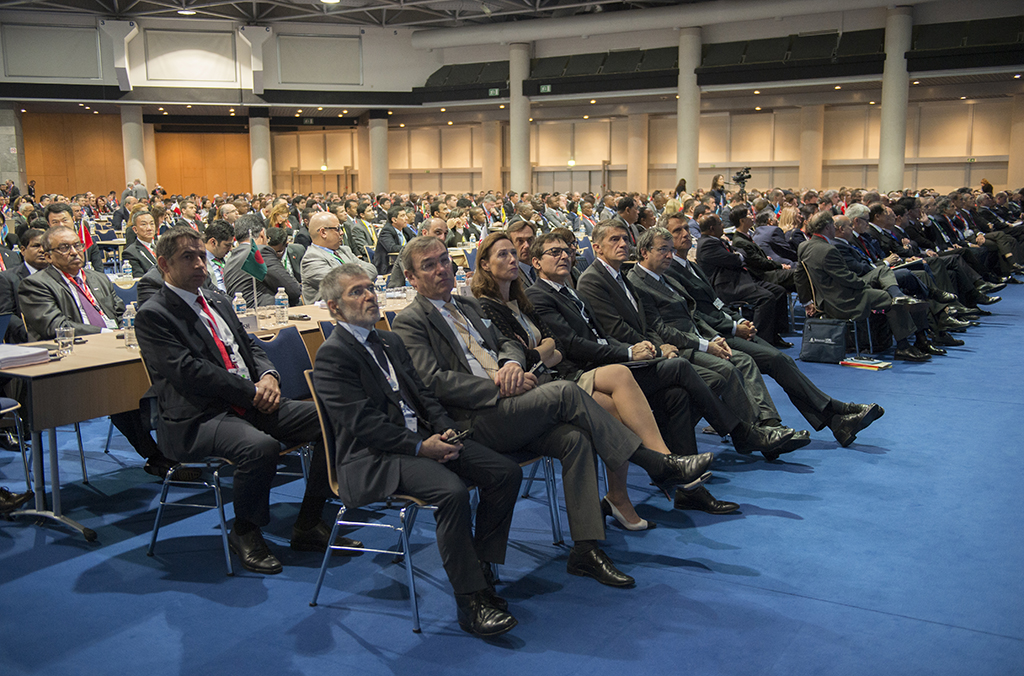 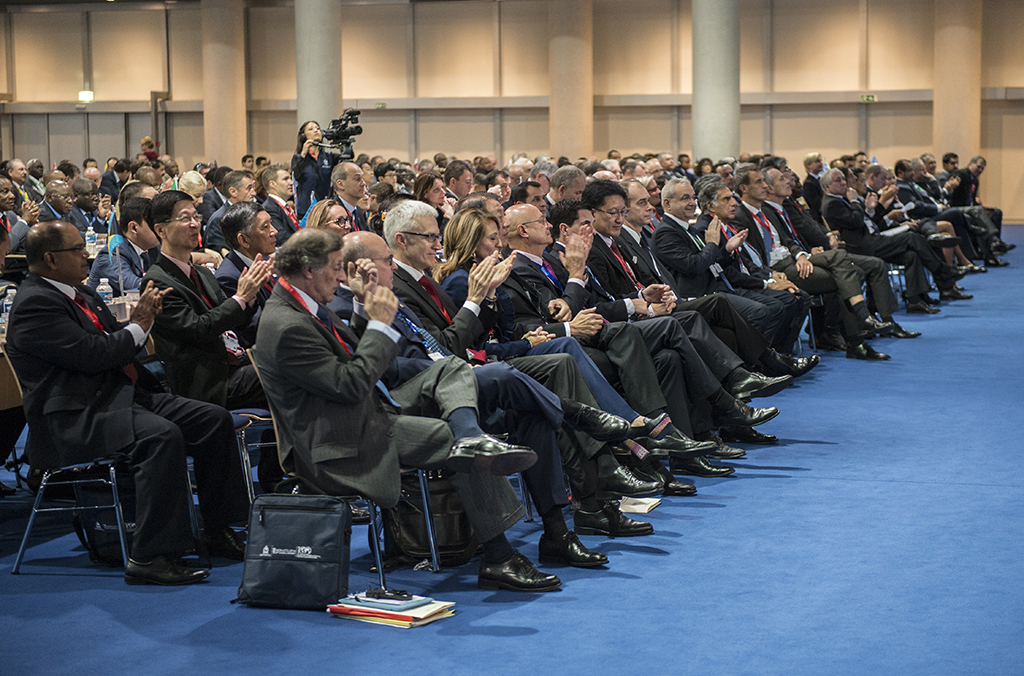 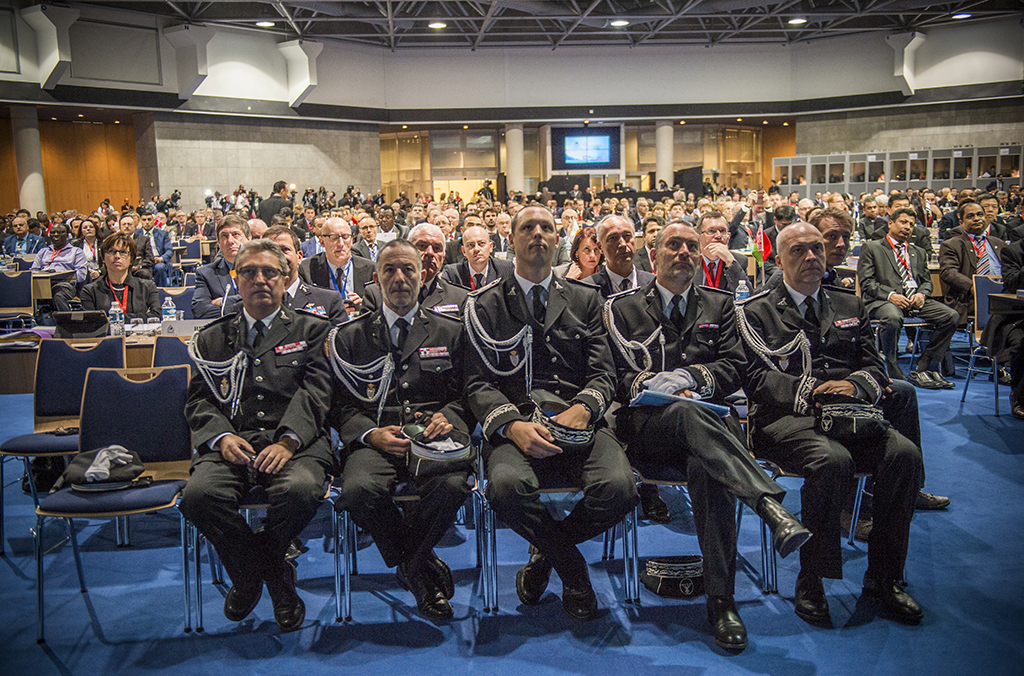 Guests of honour from the host country Monaco. 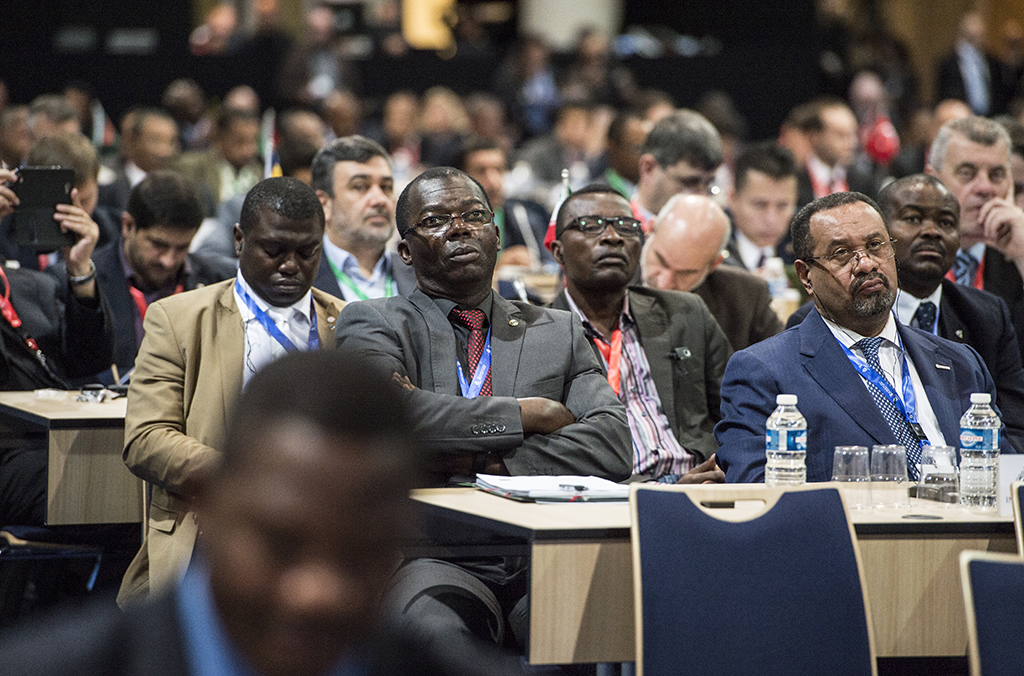 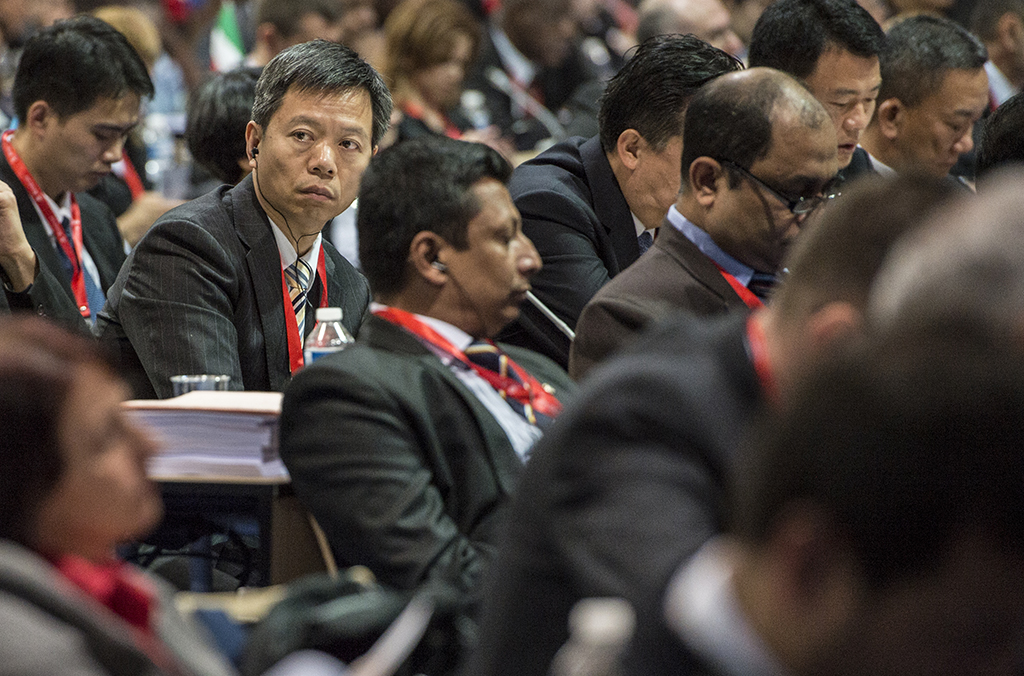 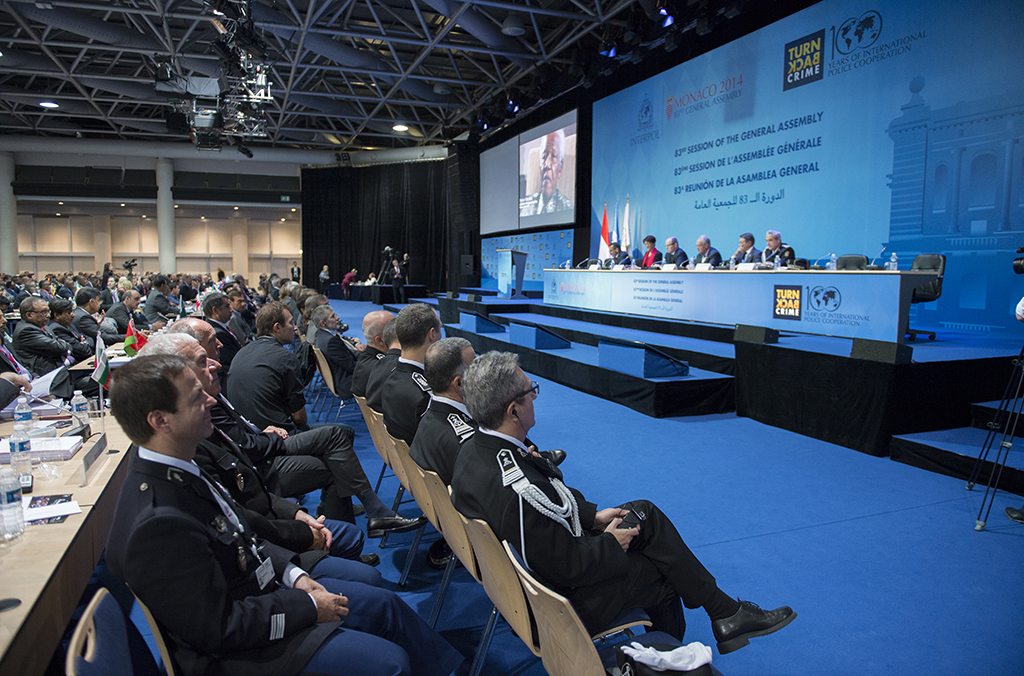 The ministers addressed critical questions for the future of international policing , including expanding partnerships beyond the law enforcement realm. 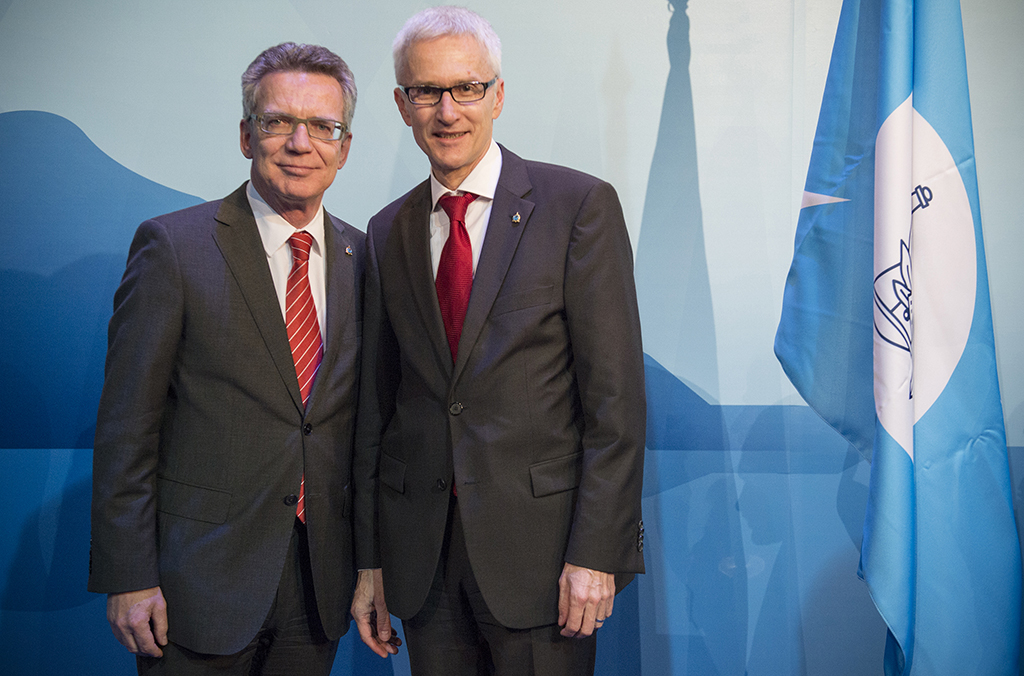 Germany’s Interior Minister Thomas de Maizière, with Jürgen Stock, the candidate to be the next Secretary General of INTERPOL. 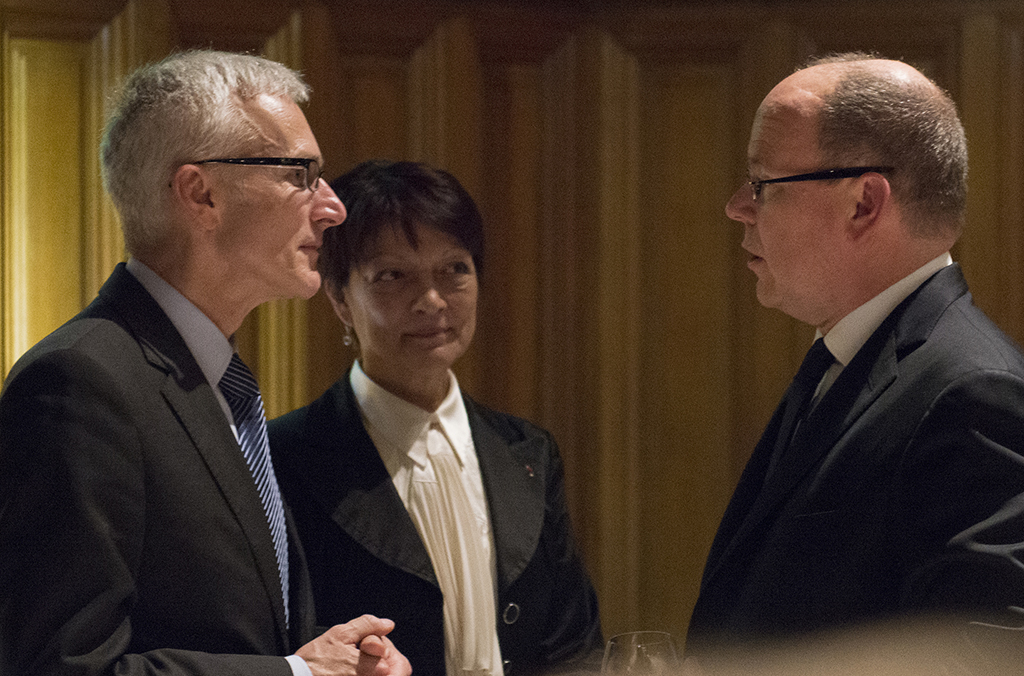 The declaration was the outcome of a Ministerial meeting which highlighted that, with crime and terrorism in the 21st century posing unprecedented challenges to law enforcement, the implementation of new technologies and scientific methods would boost police performance by enhancing their ability to cooperate both nationally and internationally.

The declaration also urges authorities to liaise more closely, particularly in preventing and combating cybercrime and the specific challenge of preventing terrorists from using communication technologies to radicalize, recruit and incite others to commit acts of terrorism.

Other areas identified for action included encouraging countries to eliminate legal barriers through the adoption of international treaties and conventions, and  to strengthen national law enforcement capacity.

“Our world is a vastly different place now than back in 2000 when I was first elected Secretary General, as are the crime threats we face today,” said Mr Noble.

“Since then, in order to help our member countries face these challenges, INTERPOL has been constantly adapting and improving its support to ensure that police have the tools they need, when and where they need them.

“This Ministerial declaration, combined with the work of the General Assembly, will build upon the strong foundations laid by INTERPOL, and ensure that the next 100 years of international police cooperation are as effective,” concluded the Head of INTERPOL.

The Ministerial meeting marked  the beginning of the five-day (3 – 7 November) INTERPOL General Assembly in Monaco with the theme ‘Turn Back Crime: 100 years of international police cooperation’ which brings together more than 1,000 delegates from 166 countries.

Among the key crime issues to be discussed by police chiefs and other senior law enforcement officials during the remainder of the meeting are  foreign fighters, cybercrime, border security and environmental security.