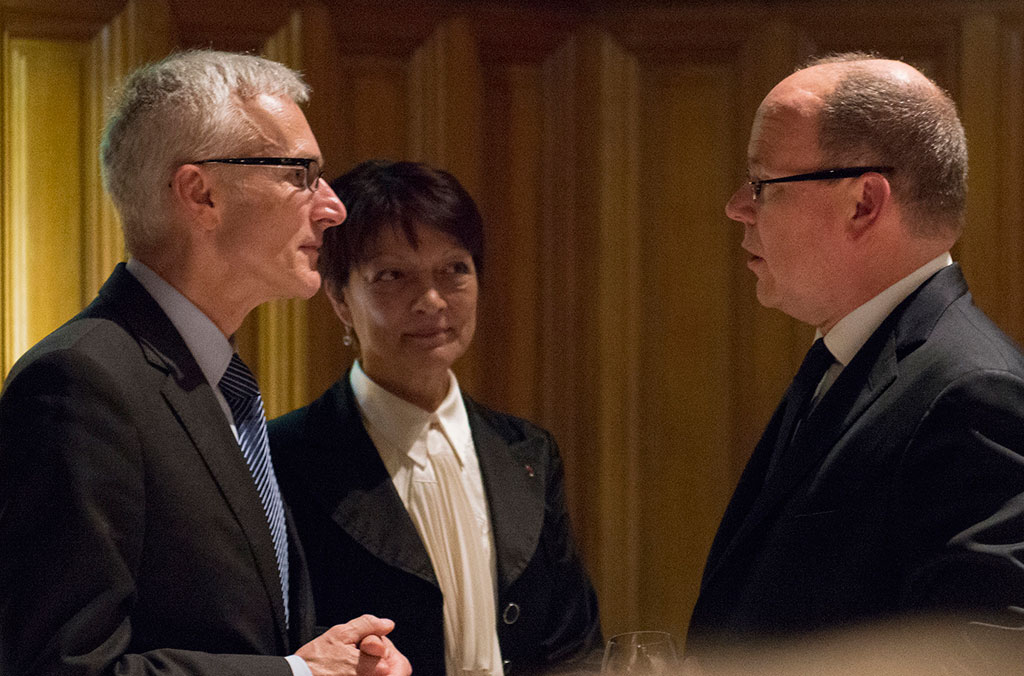 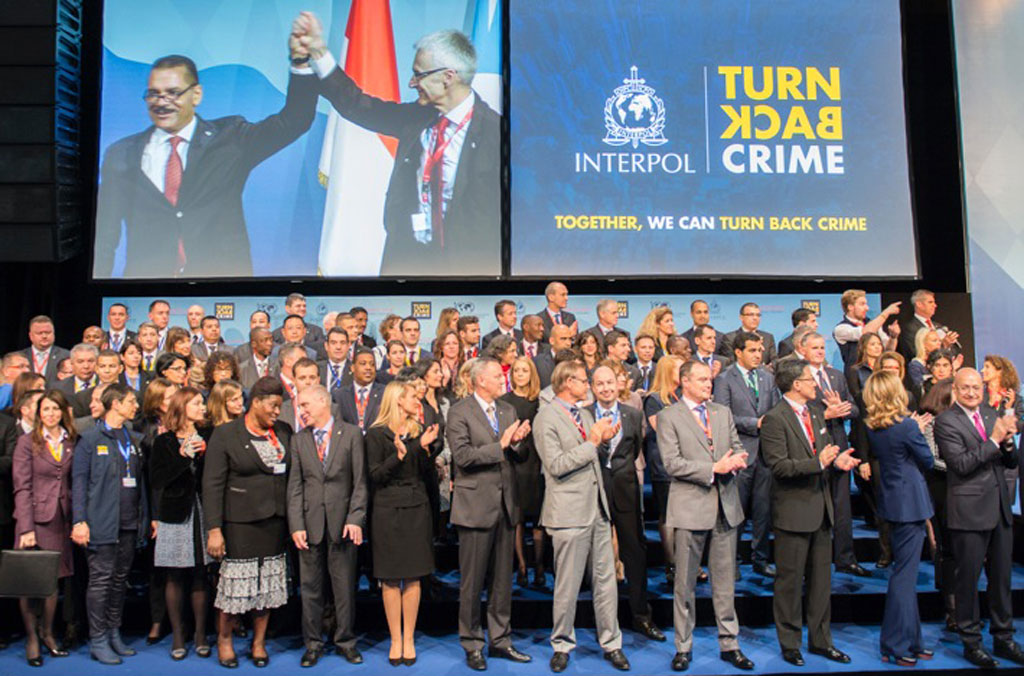 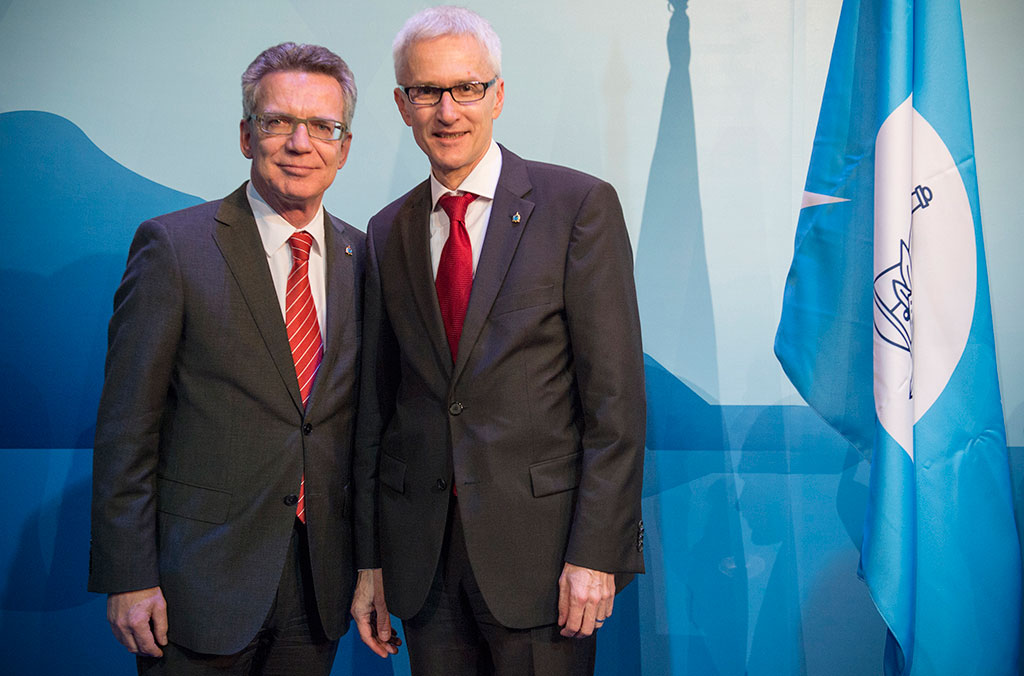 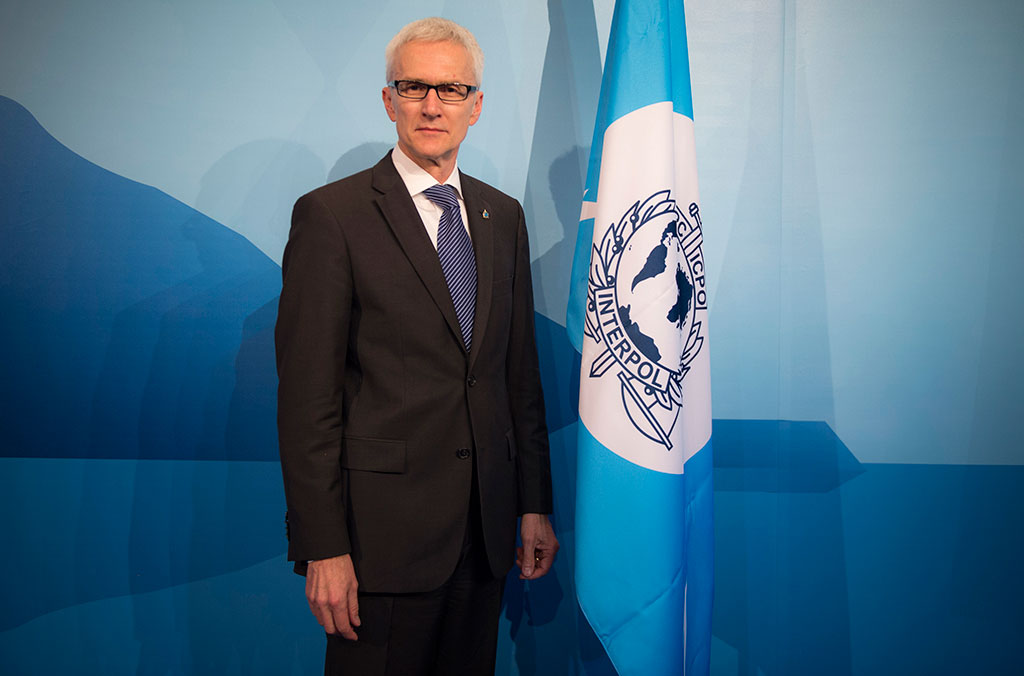 Jürgen Stock of Germany was unanimously elected as the new Secretary General of INTERPOL by the 83rd session of the General  Assembly. 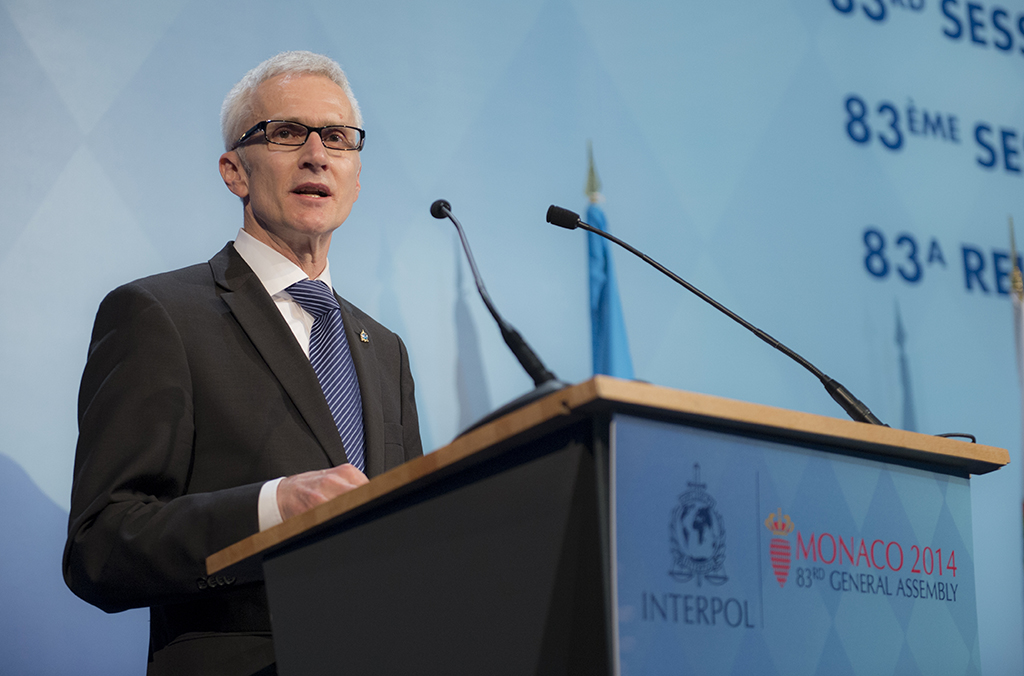 Newly-elected Secretary General Jürgen Stock outlined his vision for the future of INTERPOL based on four pillars: core business, innovation, partnership and governance. 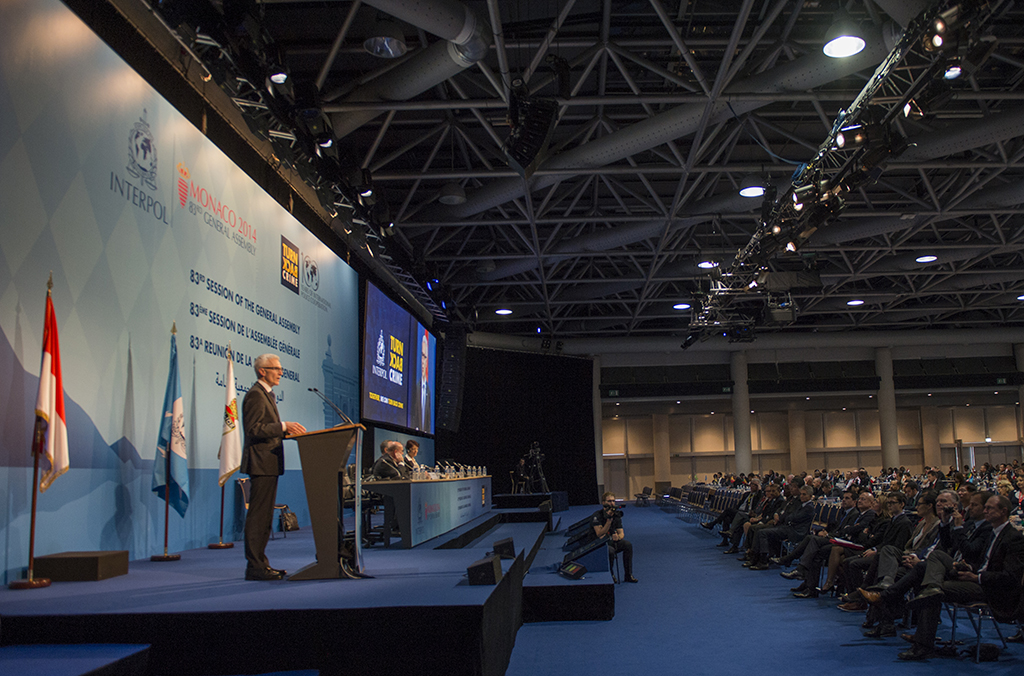 “Dialogue, security and trust among ourselves and with our partners are the key to shaping INTERPOL’s future. Together we can make the world a safer place,” Secretary General Jürgen Stock told the General Assembly. 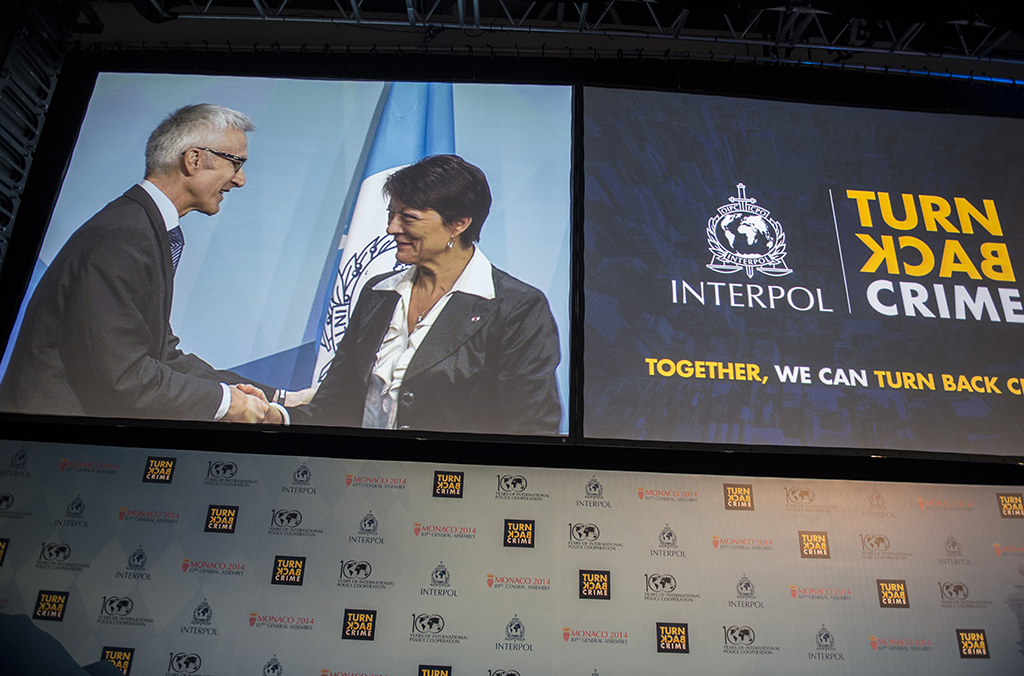 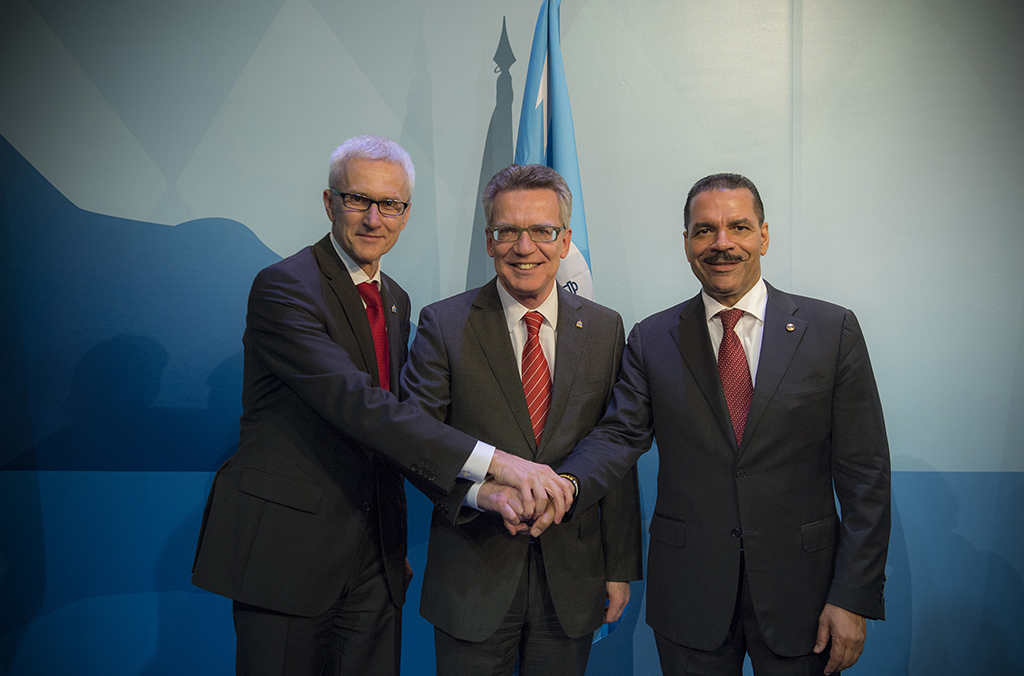 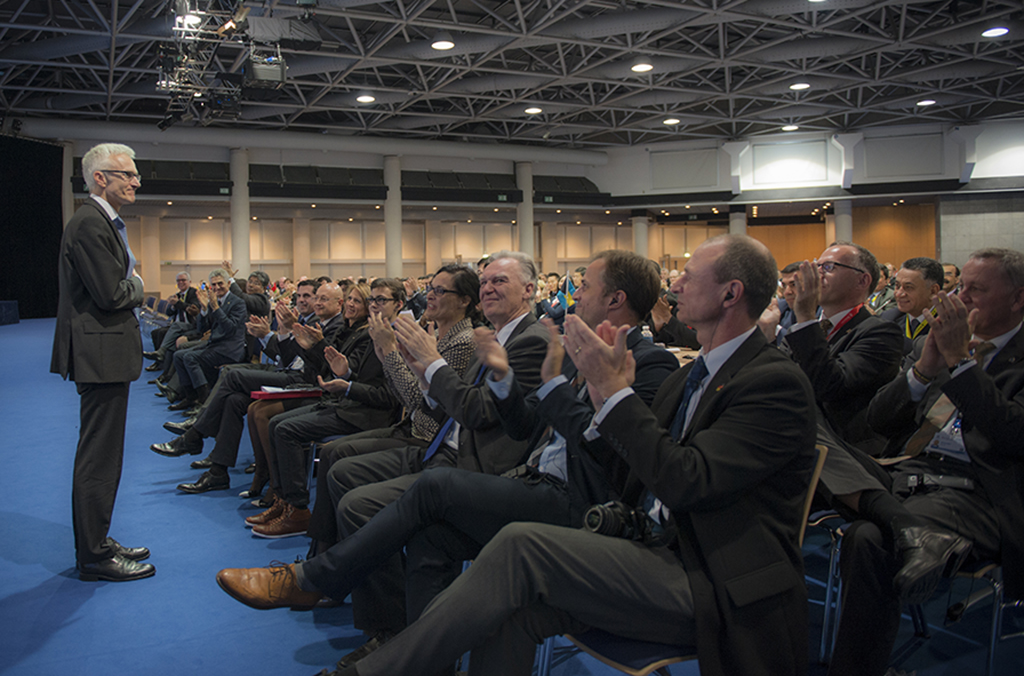 INTERPOL’s Secretary General is elected by the General Assembly for a period of five years and may be re-elected.
/

The 55-year-old Vice-President of the German Bundeskriminalamt (BKA) takes over with immediate effect from Ronald K. Noble of the US who is stepping down after 14 years as the head of INTERPOL.

Describing INTERPOL as the key player in the fight against transnational crime, Secretary General Jürgen Stock said: “More than ever before, strong international organizations are needed, organizations like INTERPOL.

“Geopolitical conflicts, health risks, environmental threats, as well as terrorism, transnational organized crime and in particular cybercrime, these are challenges which cannot be overcome by national states alone,” added the newly elected head of INTERPOL.

In his address to the General Assembly in Monaco, which this year has the theme ‘Turn Back Crime: 100 years of international police cooperation’, Secretary General Stock outlined his vision for the future development of the world’s largest police organization, based on the four pillars of core business, innovation, partnership and governance.

“The Organization should  be used even more intensively as a global police think tank and to promote creative dialogue,” said Mr Stock, highlighting the need for a partnership approach with both the law enforcement community and the  private sector to consolidate  innovative efforts towards global security.

In this respect,  Secretary General Stock pointed to the special role the  INTERPOL Global Complex for Innovation in Singapore would play  in cutting-edge research and development to identify new policing methods and tools, particularly in combating cybercrime.

With information sharing at the core of INTERPOL’s day-to-day work, Mr Stock said  further  extension of access to I-24/7, capacity building and training, as well as expanding INTERPOL’s support and coordination role in joint cross-border operations would remain the most important factors in the Organization’s success.

Welcoming  the election of the new Secretary General, INTERPOL President Mireille Ballestrazzi said: “The high-level responsibilities Mr Stock has discharged at national police level, combined with his extensive international experience, will serve as major assets to successfully lead the Organization in the years to come.”

President Ballestrazzi also paid tribute to the ‘outstanding work’ of the outgoing Secretary General: “Thanks to Mr Noble, INTERPOL has been transformed through modernization, technological development and innovation, setting a benchmark in the history of the Organization.”

The Secretary General is elected by the General Assembly, INTERPOL’s supreme governing body, with voting carried out on a one-country, one-vote basis, with each member country’s vote carrying equal weight.

Based at the INTERPOL General Secretariat headquarters in Lyon, France, the Secretary General is effectively INTERPOL’s chief full-time official, responsible for overseeing the day-to-day work of international police cooperation.  The Secretary General is appointed for a period of five years and may be re-elected.