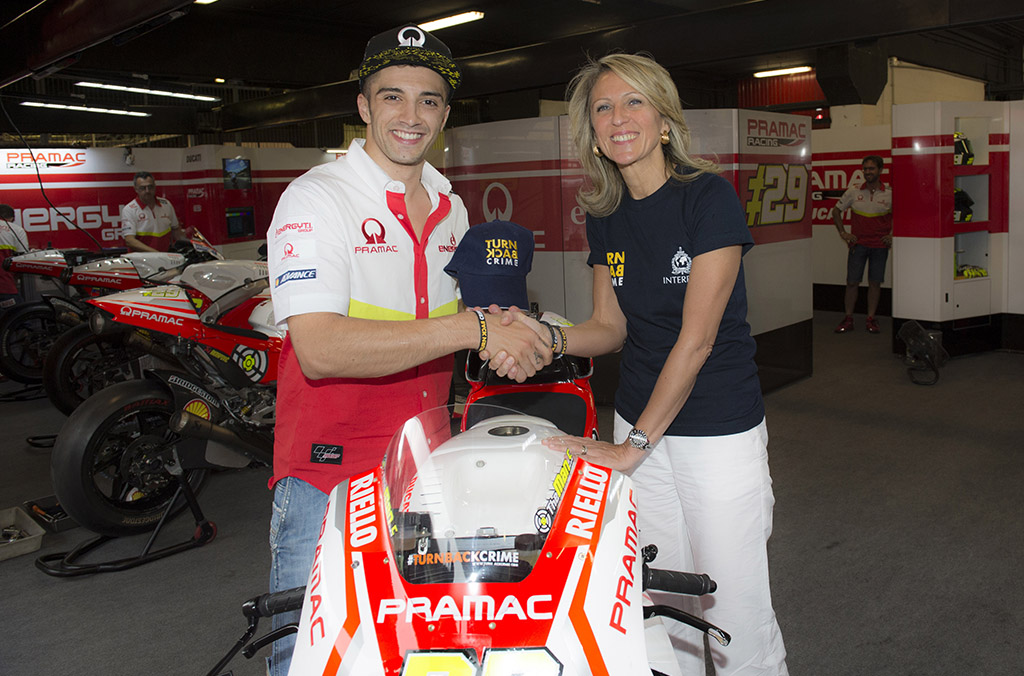 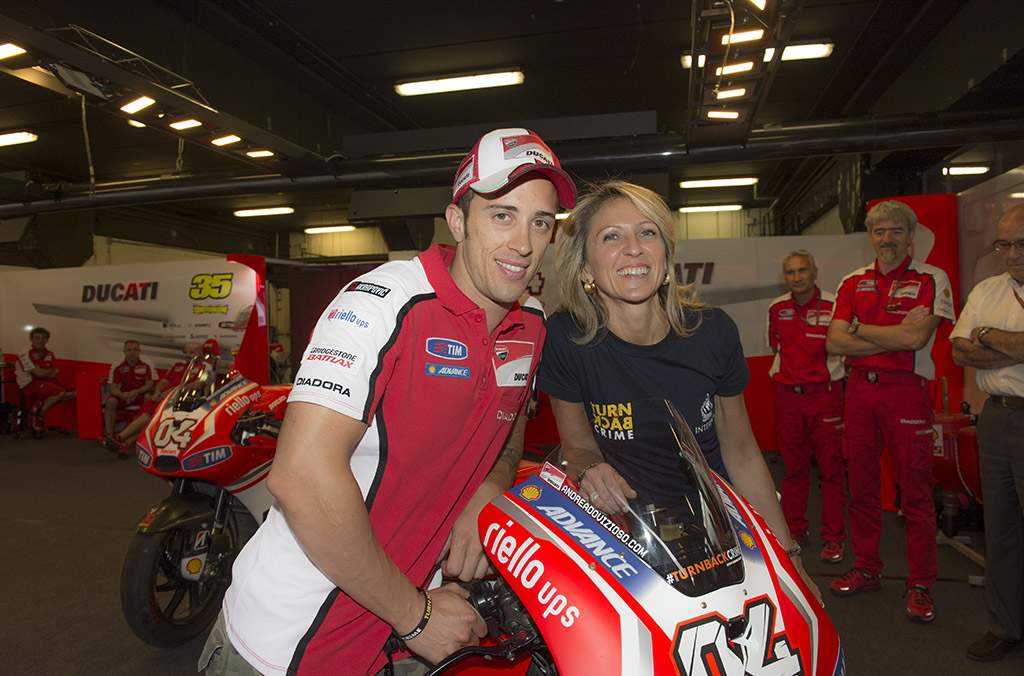 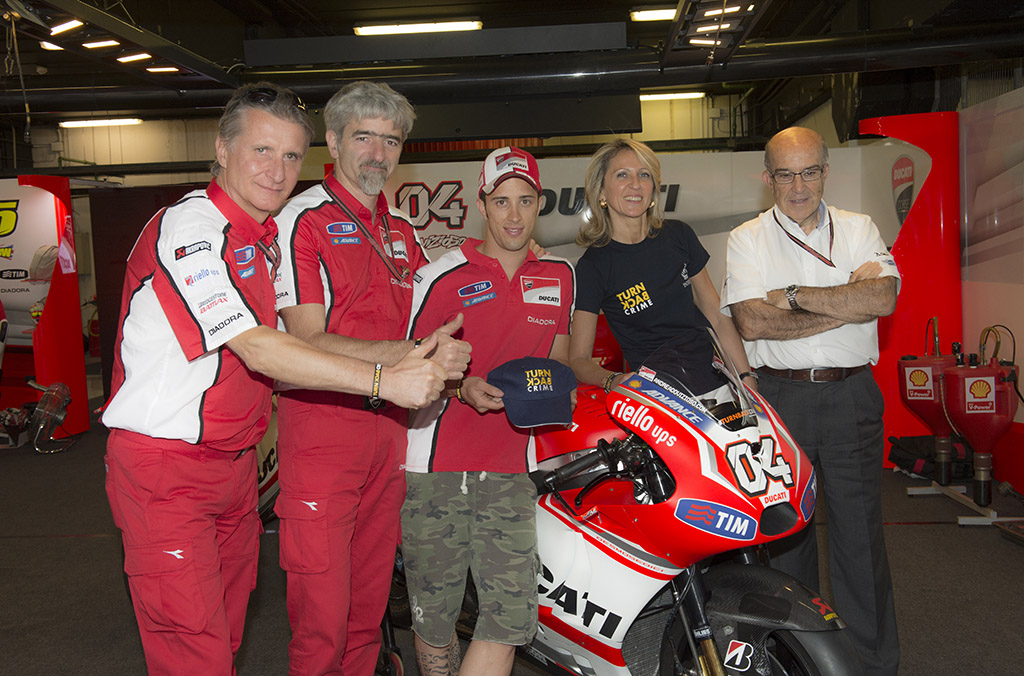 (from left) Paolo Ciabatti, Ducati Corse Sporting Director, Luigi Dall’Igna, Ducati Corse General Manager, Andrea Dovizioso, Rider for Ducati Team, Roraima Andriani, Turn Back Crime Executive Campaign Director, and Carmelo Ezpeleta, Dorna CEO after the “stickering ceremony”, held in the Ducati box.  In a demonstration of support, three riders will have the #TurnBackCrime sticker on their motorbikes during the MotoGP race in Barcelona. 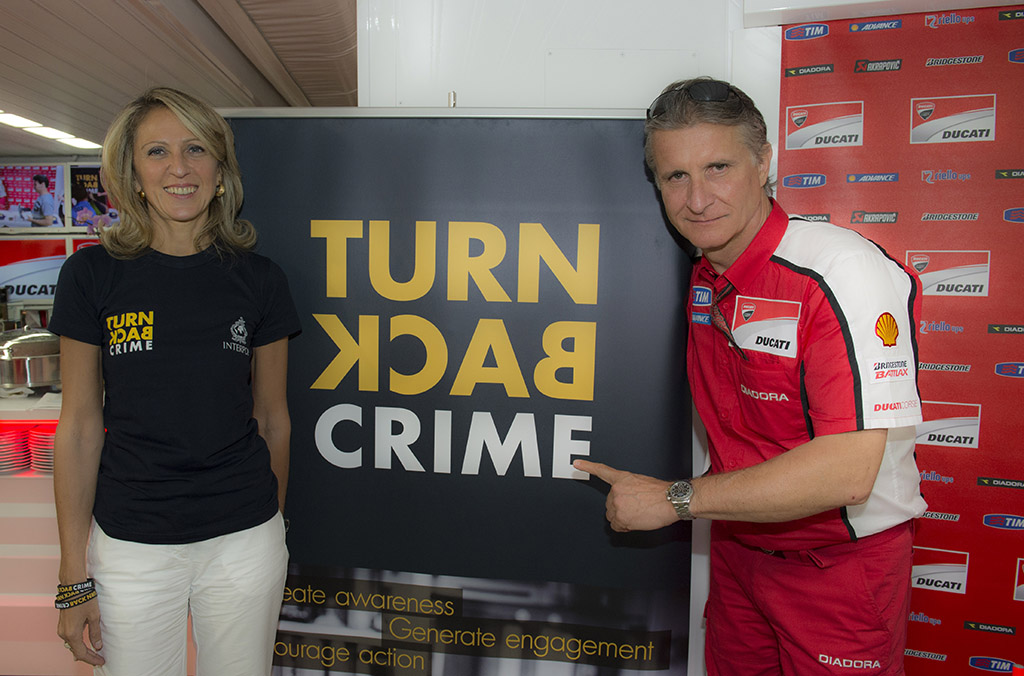 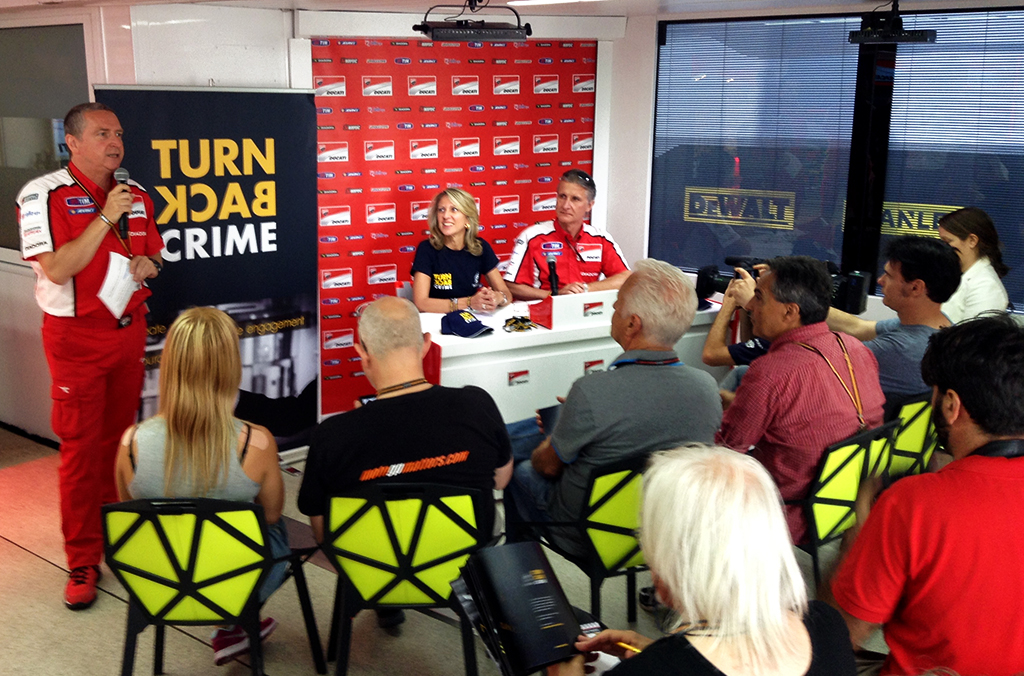 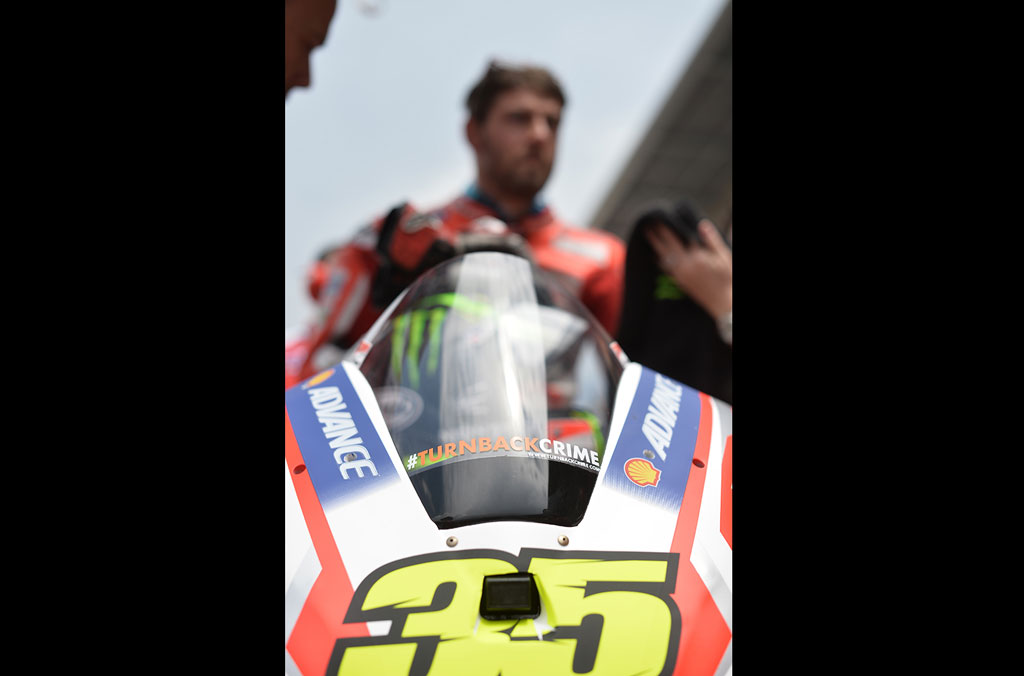 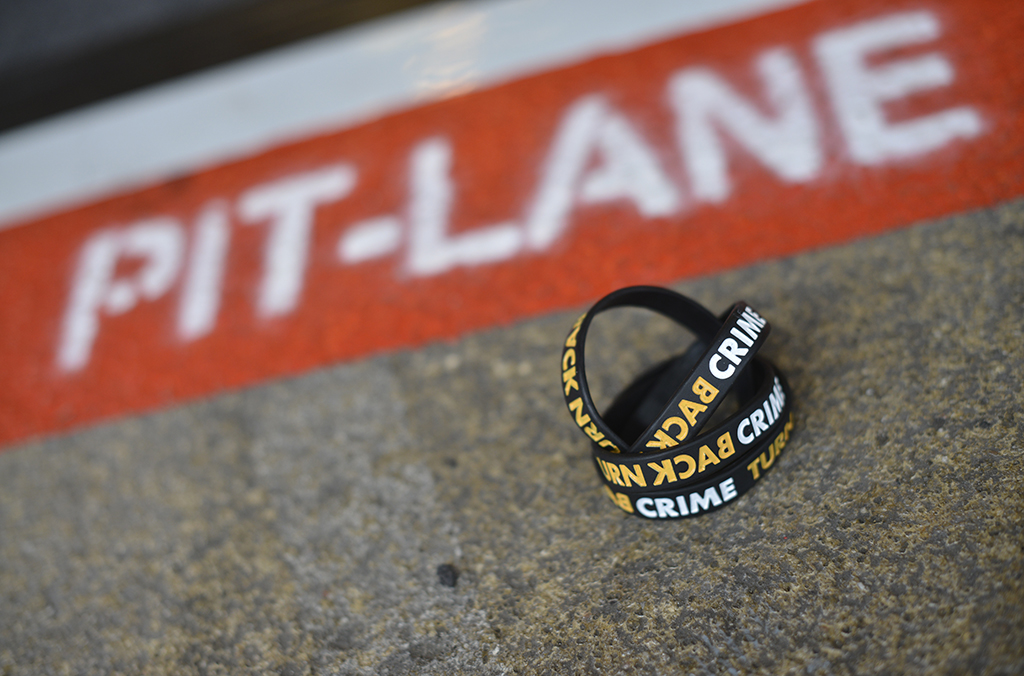 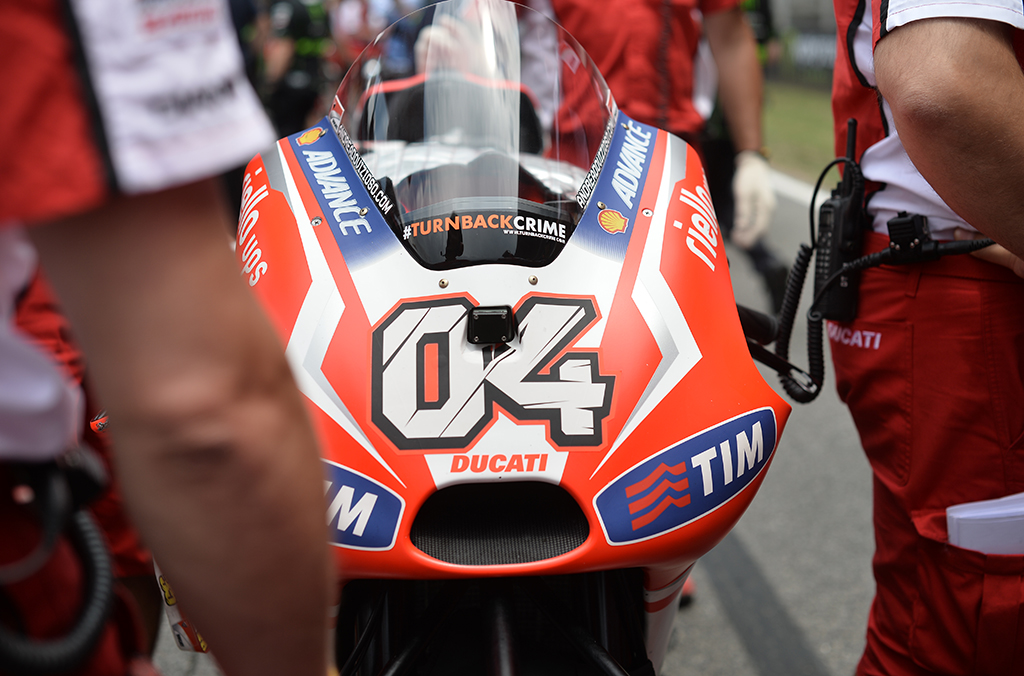 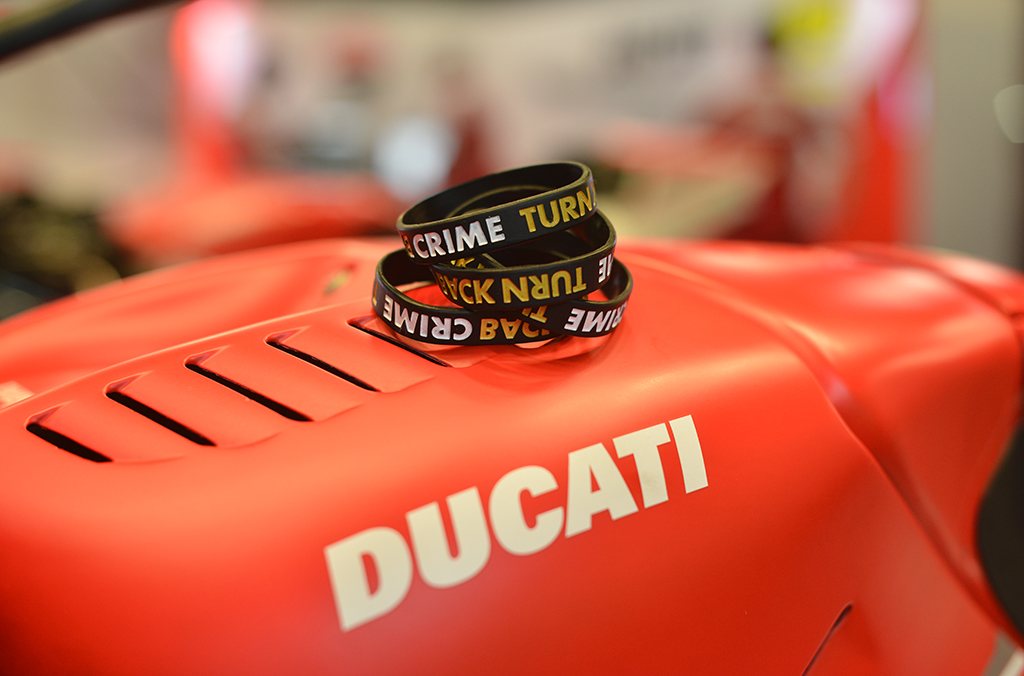