LYON, France – The global fight against wildlife crime took a step forward today with the signing of a Memorandum of Understanding (MoU) between INTERPOL and the International Fund for Animal Welfare (IFAW). 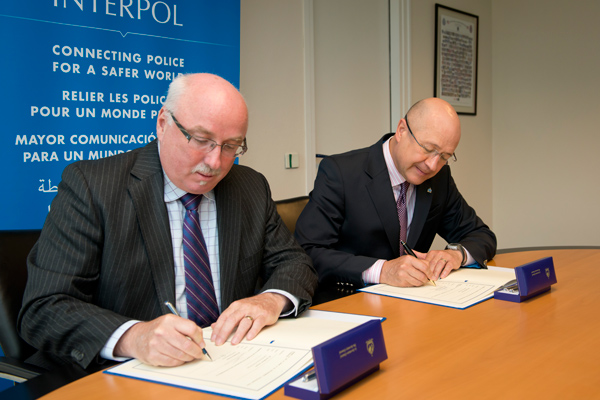 The MoU between  INTERPOL and IFAW establishes a formal framework for cooperation, in particular on combating crime related to the illegal killing and trafficking of elephants, rhinoceroses and tigers through regional and global operations. 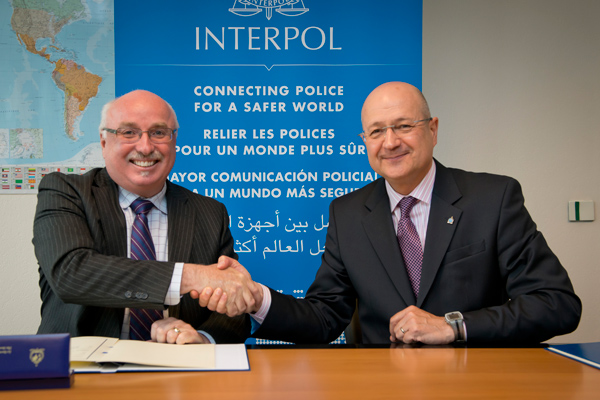 The agreement between the two organizations establishes a formal framework for cooperation, in particular on combating crime related to the illegal killing and trafficking of elephants, rhinoceroses and tigers through regional and global operations.

“This agreement with IFAW will provide further momentum to efforts worldwide in identifying and dismantling the criminal organizations engaged in wildlife trafficking,” said INTERPOL’s Executive Director of Police Services, Jean-Michel Louboutin who signed the MoU on behalf of the world police body.

“Criminal organizations engaged in wildlife trafficking have no respect for our environment and no regard for borders, conducting their illicit activities wherever there is the most profit to be made.

“Tackling the global problem of wildlife crime cannot be done by any one country or organization, and we look forward to continuing to work closely with IFAW to provide additional support to the police and other enforcers in the field,” added Mr Louboutin.

INTERPOL and IFAW have collaborated on numerous projects since 2005, most notably Operation Worthy, INTERPOL’s largest-ever anti-ivory operation and more recently on Project Web, an investigation into the illegal online trade in ivory.

“International organized criminal syndicates are wiping out the world's animals. NGOs, law enforcement agencies and governments have to become equally organized, determined and equipped in dealing with this emerging and growing threat which impact species conservation and international security,” said Azzedine Downes, IFAW CEO and President.

“IFAW's relationship with INTERPOL began in 2005 and has continued to grow over the years on the basis of shared goals, trust, mutual respect and responsibility. Today's signing is a deepening of that relationship and reflects the complementary expertise that IFAW and INTERPOL bring to the table,” added Mr Downes.

IFAW is currently supporting INTERPOL in delivering training for law enforcement and customs officers at hub airports throughout East Africa. Developed under INTERPOL’s Project Wisdom, the training will examine operational measures and the use of advanced investigative techniques that can be used to address the illegal trafficking of elephant ivory and other wildlife products.

“The agreement with IFAW builds on our efforts to develop a more systematic approach to gathering, managing and analysing data and information for more intelligence-led policing,” said David Higgins, Manager of the INTERPOL Environmental Crime Programme.

“The need for cooperation at all levels to effectively tackle wildlife crime and arrest those behind this illegal activity cannot be underestimated and we look forward to working even more closely with IFAW in our joint efforts to protect our shared biodiversity,” added Mr Higgins.