ROME, Italy – A groundbreaking initiative by INTERPOL to support the safety and security of the 2022 FIFA World Cup in Qatar and other major sporting events over the next 10 years has been launched following an agreement with the Qatar 2022 Supreme Committee worth USD 10 million. 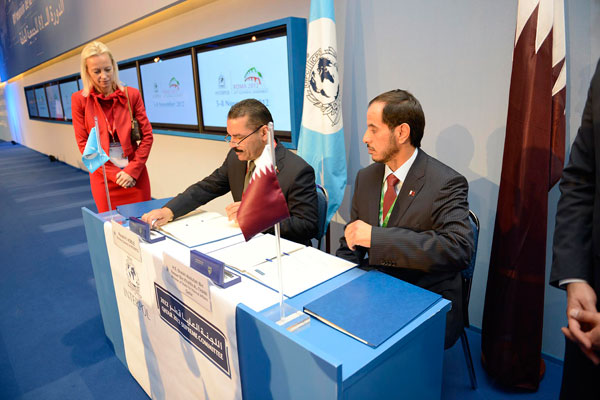 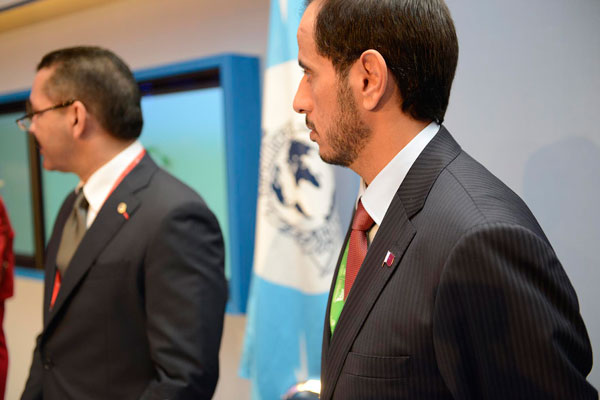 The former Deputy Assistant Commissioner of the London Metropolitan Police Service, Janet Williams QPM, who led and oversaw policing protective security planning for the 2012 London Olympic Games, will chair the new Group, which will bring together specialized law enforcement professionals and security experts from all regions of the world.

Sheikh Abdulla bin Nasser Al Thani said: “We recognize that hosting the FIFA World Cup, one of the world’s largest international sporting events, will entail a wide variety of challenges. By working with INTERPOL and its network of 190 member countries, the Qatar 2022 Supreme Committee will be able to draw on a pool of expertise from around the world on how best to host a successful and safe tournament while adhering to the highest international standards.

“Together we are committed to identifying further areas of cooperation in which INTERPOL’s global tools and international law enforcement networks can further support our national and regional security. The Qatar 2022 Supreme Committee looks forward to close collaboration on other strategic initiatives,” added Sheikh Al Thani.

“The Qatar 2022 Supreme Committee has shown great leadership in the area of security for its country, its people and the millions of football fans who will visit the region during the 2022 FIFA World Cup and we are delighted that they share INTERPOL’s vision for a safer world,” said Mr Noble.

“INTERPOL’s group of experts and its General Secretariat will work closely with the Qatar 2022 Supreme Committee, the Ministry of the Interior and our National Central Bureau in Doha during the next 10 years as part of a fully collaborative approach to prepare and implement the necessary security framework and practices.

“Already the world leader in international police information exchange, the creation of this group of experts will see INTERPOL become the reference point for all security elements linked to hosting a major event, sporting or otherwise,” concluded the INTERPOL Chief.

In addition to planning, preparing and implementing a security strategy for stadiums, persons and locations throughout Qatar for the 2022 FIFA World Cup,  identifying the  training needs  for law enforcement personnel in Qatar and other countries hosting major sporting events, the group will also develop best practices and international standards relating to security for all types of major events.