Call issued to save wild tigers from extinction

Call issued to save wild tigers from extinction

HANOI, Vietnam – Project Predator, an initiative to protect and save the world’s last surviving wild tigers was unveiled today at the 80th INTERPOL General Assembly, a gathering of global law enforcement officials from the organization’s 190 member countries. 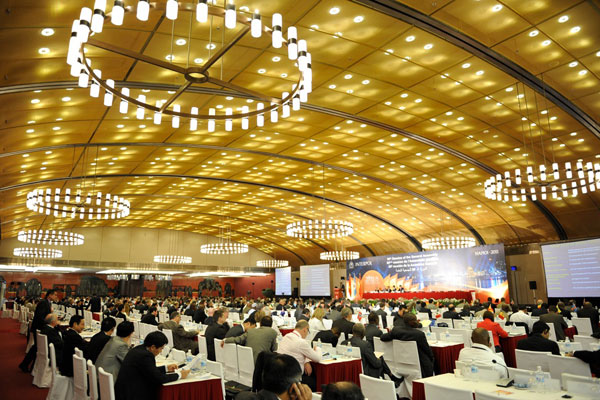 Project Predator was launched at the INTERPOL General Assembly, which brought together some 630 senior law enforcement officials from around the world. 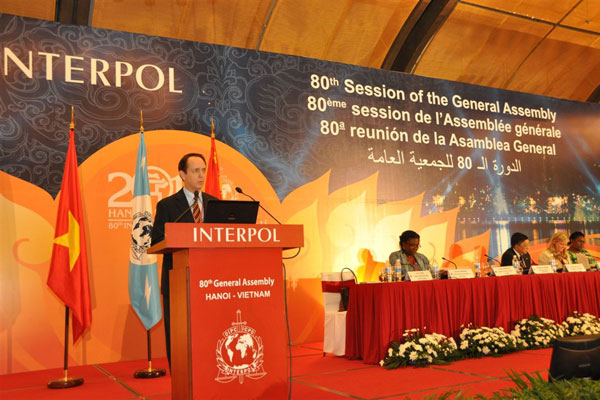 Created by INTERPOL, Project Predator unites the efforts of police, customs and wildlife officials in the 13 countries in Asia where wild tigers can still be found. This new partnership under the Global Tiger Initiative brings together officials from the 13 tiger range countries, the U.S. Agency for International Development (USAID), the UK’s Department for Environment, Food and Rural Affairs (Defra), the World Bank, the Smithsonian Institution and INTERPOL.

“Unscrupulous poachers are threatening the few remaining wild tigers with extinction, and we must all work together to protect this iconic species. Through Project Predator, INTERPOL is again showing this commitment and determination to protect not only tigers, but the wider wildlife and ecosystems at risk from criminals,” said David Higgins, Manager of INTERPOL’s Environmental Crime Programme.

In a video address to the INTERPOL General Assembly in Hanoi, Robert B. Zoellick, President of the World Bank Group and founder of the Global Tiger Initiative, said, “I’m particularly proud of the catalytic role being played by the Global Tiger Initiative, and the Bank Group’s early contribution toward Project Predator. This innovative effort among tiger range countries – including right here in Vietnam – will reduce trafficking in tiger parts, with the add-on effect of reducing other wildlife crime in Asia.”&nbsp; He further urged leaders “to give their criminal justice systems the power and resources to protect wildlife, forests, and fisheries from those who are plundering the planet’s natural capital and countries’ living heritage.”

Due to poaching and habitat degradation and fragmentation, the estimated 100,000 tigers that roamed Asia in 1900 have now dwindled to fewer than 3,500 across the tiger range countries.

“If poaching and trafficking continue at present rates, we may have a generation that will never know what a live, wild tiger is. Project Predator will enable police, customs and wildlife officials to share information they’ve gathered to keep tigers from disappearing forever,” said Frank Donovan, Mission Director for USAID/Vietnam.

Poachers have decimated the world’s tiger population to feed a large, illicit market in tiger fur, bone and other parts. &nbsp;Illegal trade and trafficking in tiger parts and products is rampant across international borders, making enforcement of laws against it a challenge.

The UK’s Natural Environment Minister, Richard Benyon said, “The UK Government has consistently supported efforts to protect tigers in the wild, so I’m delighted that we have been able to lend our support to Project Predator. &nbsp;Illegal poaching and trafficking continue to threaten this much loved species and this global problem needs a global response if we are ever to see their numbers recover in the wild.”

At present, wildlife officials in most tiger range countries are poorly staffed and under equipped to fight wildlife crime on the ground, and are often outnumbered by well-armed poachers.

“The Smithsonian Institution is proud to be part of this international effort to improve the law enforcement capacity of tiger range countries,” said Steve Monfort, Director of the Smithsonian Conservation Biology Institute (SCBI). “INTERPOL’s Project Predator will provide an excellent collaborative platform for protected area managers and other law enforcement professionals to share the kind of intelligence essential to track down and destroy illegal wildlife trade networks. &nbsp;This will be a perfect complement to SCBI’s efforts to help improve the effectiveness of patrolling on the front lines, within protected areas, and stop the flow of poached animals into the marketplace.”

The programme will move quickly into an operational phase with a meeting of senior police and customs officials from tiger range countries scheduled to be held in Bangkok, Thailand, on 13 and 14 February, 2012, to identify and implement a plan of action. INTERPOL is organizing this workshop under the auspices of the International Consortium on Combating Wildlife Crime (ICCWC), with a strategic goal and long term planning to strongly engage these officials in efforts to curb the illegal trade in tigers and other threatened species.

In November 2010, top political leaders from the tiger range countries convened in St. Petersburg, Russia, to adopt the St. Petersburg Declaration on Tiger Conservation and a comprehensive Global Tiger Recovery Program, an unprecedented commitment to double the number of tigers in the wild by 2022. The multi-country, multi-partner Global Tiger Initiative helped to spearhead this new united global action starting in 2008. The launch of Project Predator marks an important milestone in scaling up the efforts of tiger range countries to increase the level of cooperation and information-sharing between wildlife officials, customs agencies and police forces in many Asian countries.