AMMAN, Jordan – The head of INTERPOL, Secretary General Jürgen Stock, has met with Jordan’s Minister of the Interior to discuss a range of transnational crime and security issues.

The meeting between Minister Salamah Hammad Al Sahaim and Mr Stock in Amman focused on regional and global threats including terrorism and drug trafficking.

The INTERPOL Chief commended Jordan for its active participation in a range of INTERPOL-coordinated activities including operations and training courses on counter-terrorism, especially in relation to Chemical, Biological, Radiological, Nuclear and Explosives materials, and combating trafficking of firearms and drugs.

Jordan is also one of the six countries taking part in Project Sharaka which focuses on the global exchange of information to help detect and intercept members of terrorist networks through technology, capacity building and police operations. 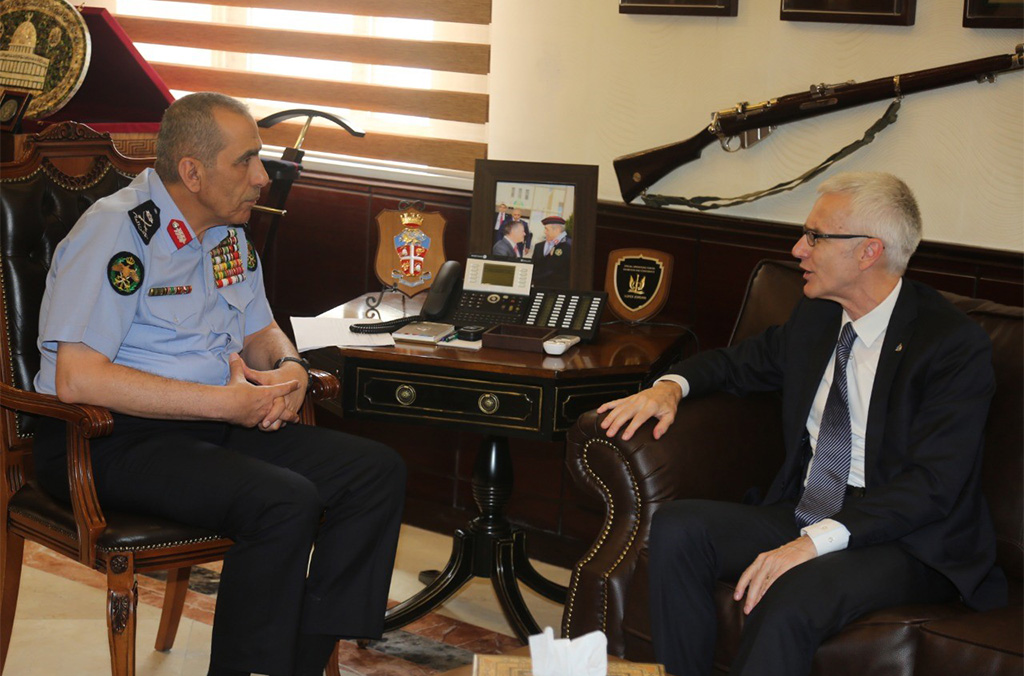 Secretary General Stock also visited the Family Protection Unit in Amman, where he was able to see first-hand the work being done by specialized officers to support vulnerable women and children.