LYON, France – INTERPOL is calling for the public’s help in locating eight international fugitives wanted for alleged crimes against women, including murder.

The appeal, which coincides with the International Day for the Elimination of Violence against Women, is a stark reminder of how women and girls universally experience violence and abuse across the world.

The eight individuals below are the subject of INTERPOL Red Notices for persons wanted internationally, and face the following charges:

2.    Mohammad Ayoub JAHANGERY, 28, wanted by Denmark for murdering his wife.

3.    Azad Sattar Ahmad JUBURI, 36, wanted by Norway for sexual violence against a woman.

4.    Oleksii LEVIN, 42, wanted by Ukraine for grievous bodily injury on a woman resulting in her death.

5.    Thiago Henrique MOREIRA, 38, wanted by Brazil for the aggravated murder of his ex-girlfriend.

6.    Nuran MUSAEV, 37, wanted by Russia for the aggravated murder of two women.

7.    Panayiotis NETZATI, 44, wanted by Cyprus for abducting, raping and murdering a woman.

8.    Bhadreshkumar Chetanbhai PATEL, 29, wanted by the United States for murdering his wife. 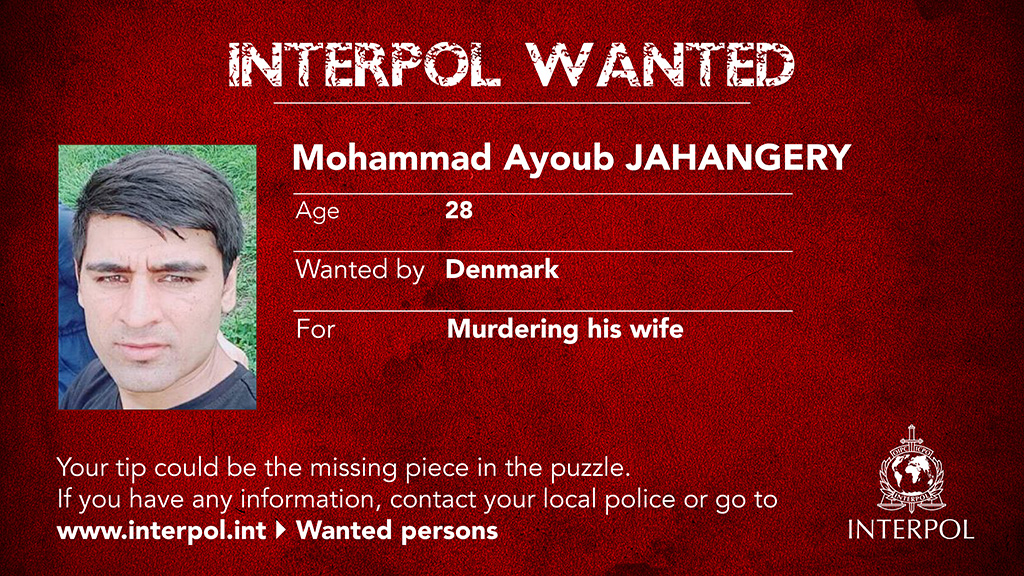 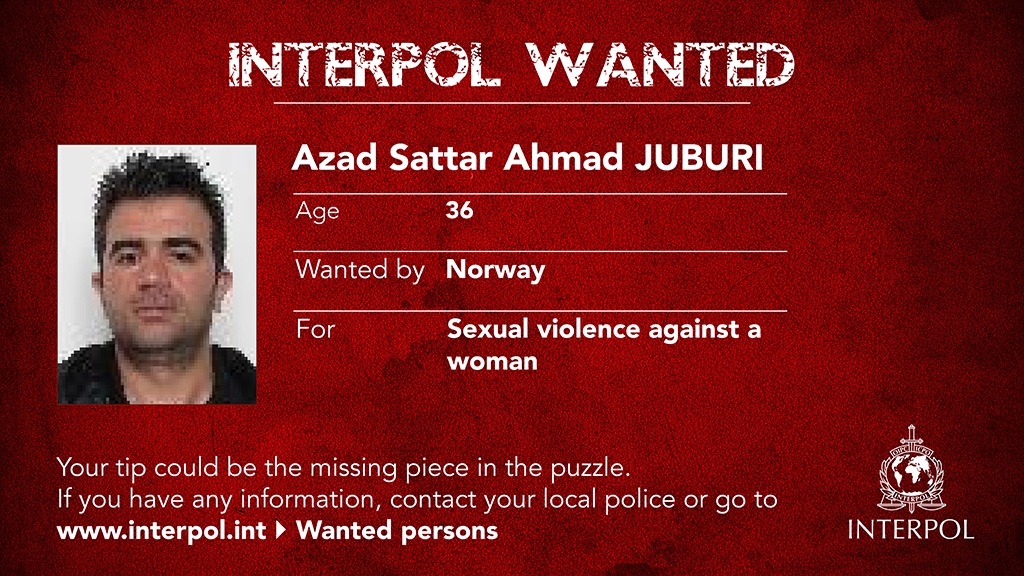 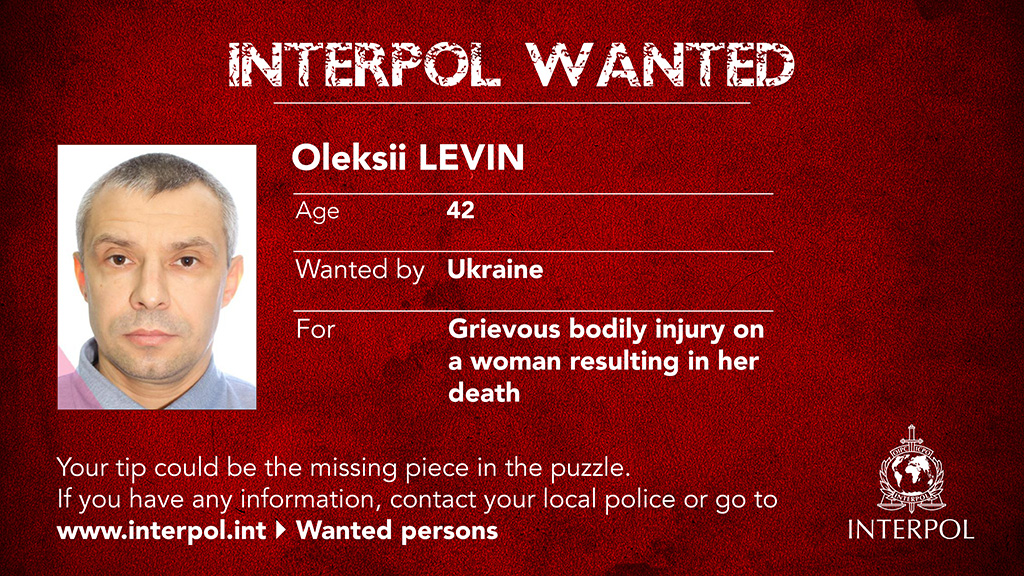 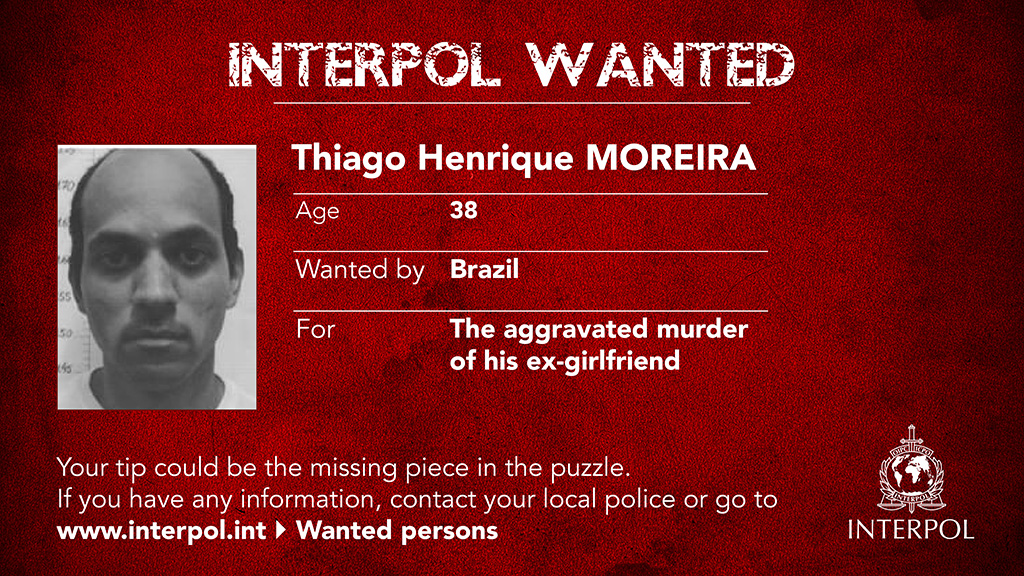 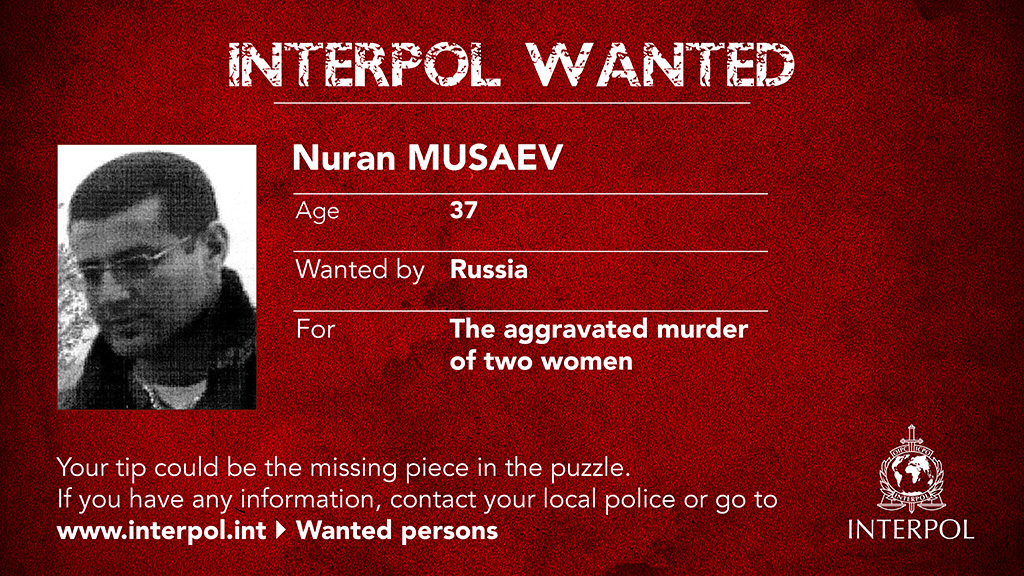 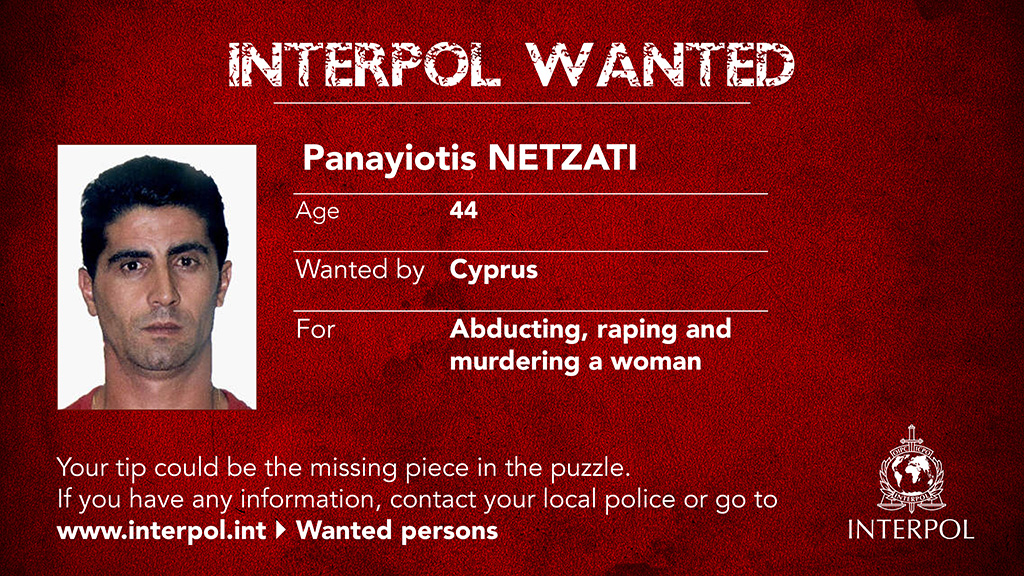 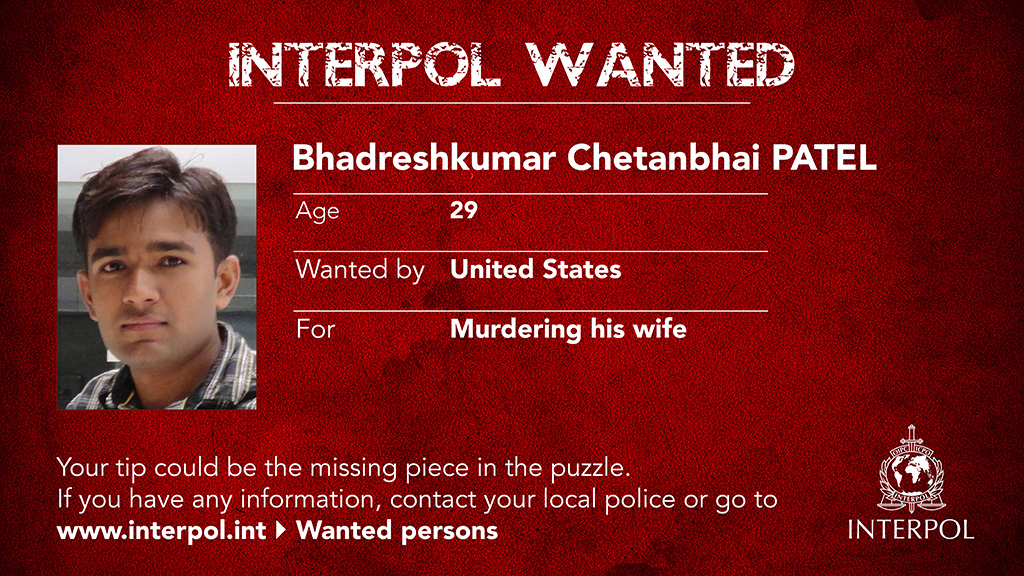 Members of the public can pass on any tips directly to INTERPOL’s FIS unit via the link on each Red Notice for the eight fugitives.

FIS will pass on any leads from the public to the INTERPOL National Central Bureaus concerned for further action on the ground.

Members of the public should not take direct action themselves.

Crimes against women – a global issue

Research shows one in three women and girls experience violence in their lifetime.

On average, one in two women killed worldwide is murdered by her partner or family member.

Furthermore, 71 per cent of human trafficking victims worldwide are women and girls, with three quarters of these victims subjected to sexual exploitation.

“Violence against women and girls is one of the most widespread and persistent human rights violations.” Jürgen Stock, INTERPOL Secretary General

“INTERPOL’s appeal is a reminder that bringing fugitives to justice is a fundamental part of international law enforcement cooperation. We must never forget the victims and their families,” added the Head of INTERPOL.

A Red Notice is a request to law enforcement worldwide to locate and provisionally arrest a person wanted by either a country or an international tribunal, pending extradition, surrender, or similar legal action.

It is issued for fugitives who are either wanted for prosecution or to serve a sentence in a member country which has issued an arrest warrant.

INTERPOL publishes Red Notices at the request of a member country, and these must comply with INTERPOL’s Constitution and Rules.