LYON, France – 90 representatives of national law enforcement agencies and international organizations have gathered at the General Secretariat headquarters of INTERPOL in Lyon, France, for the 6th Global Meeting of the Airport Communication Project (AIRCOP), a joint endeavour of the United Nations Office on Drugs and Crime (UNODC), INTERPOL and the World Customs Organization (WCO). The project aims to strengthen the capacities of international airports across the globe to detect and intercept drugs, other illicit goods and high-risk passengers in origin, transit and destination countries. 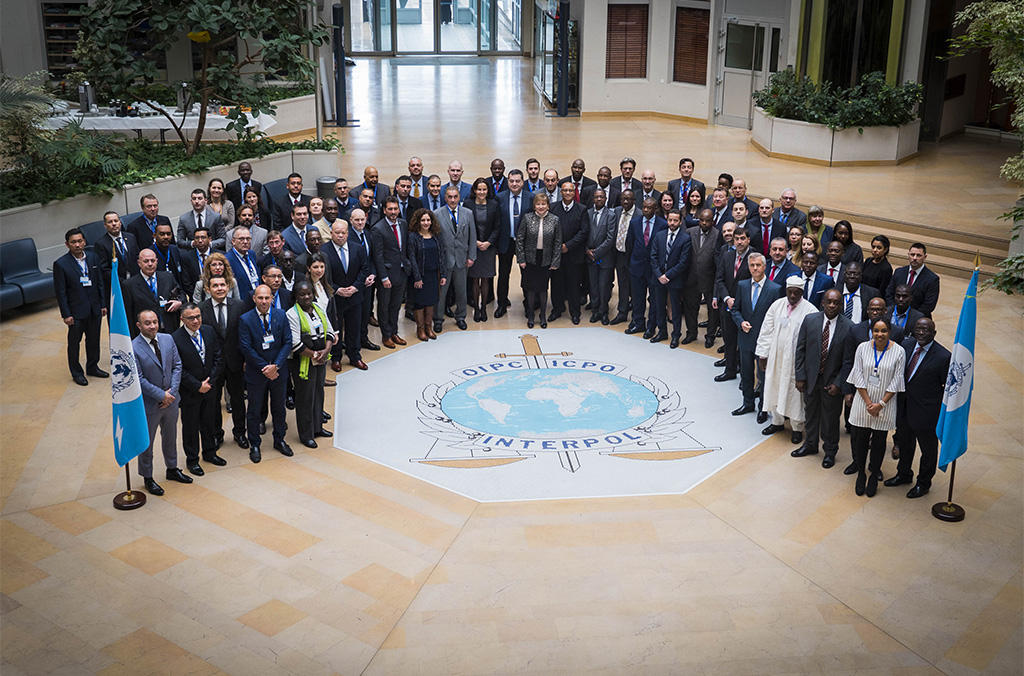 AIRCOP aims to strengthen the capacities of international airports to detect and intercept drugs, other illicit goods and high-risk passengers. 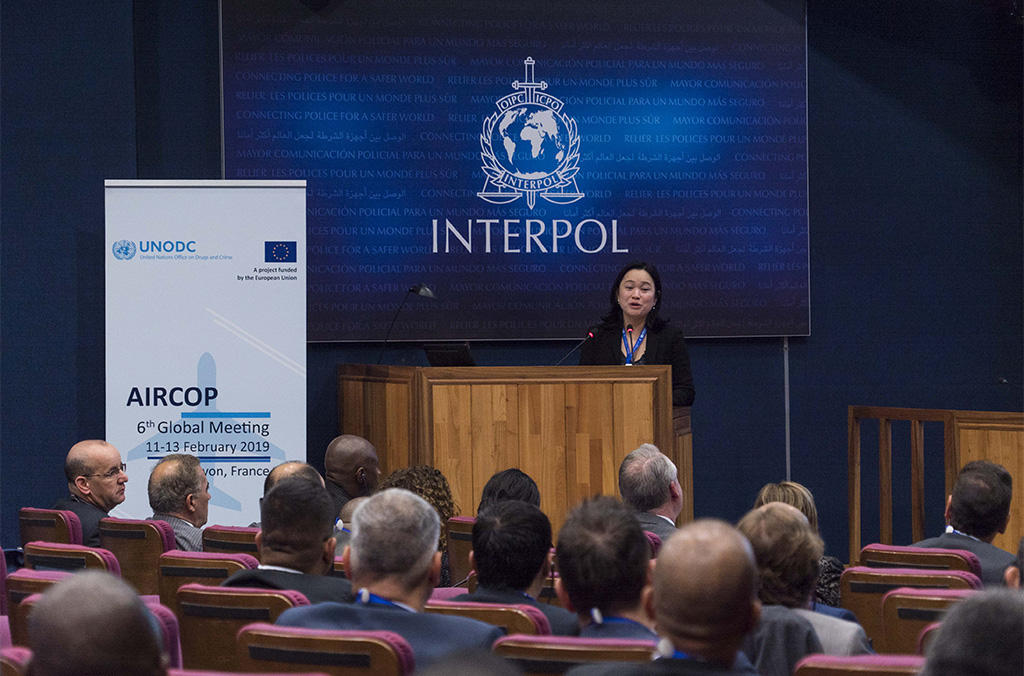 Miwa Kato, the UNODC’s Director, Division for Operations, congratulated the different stakeholders for their engagement. 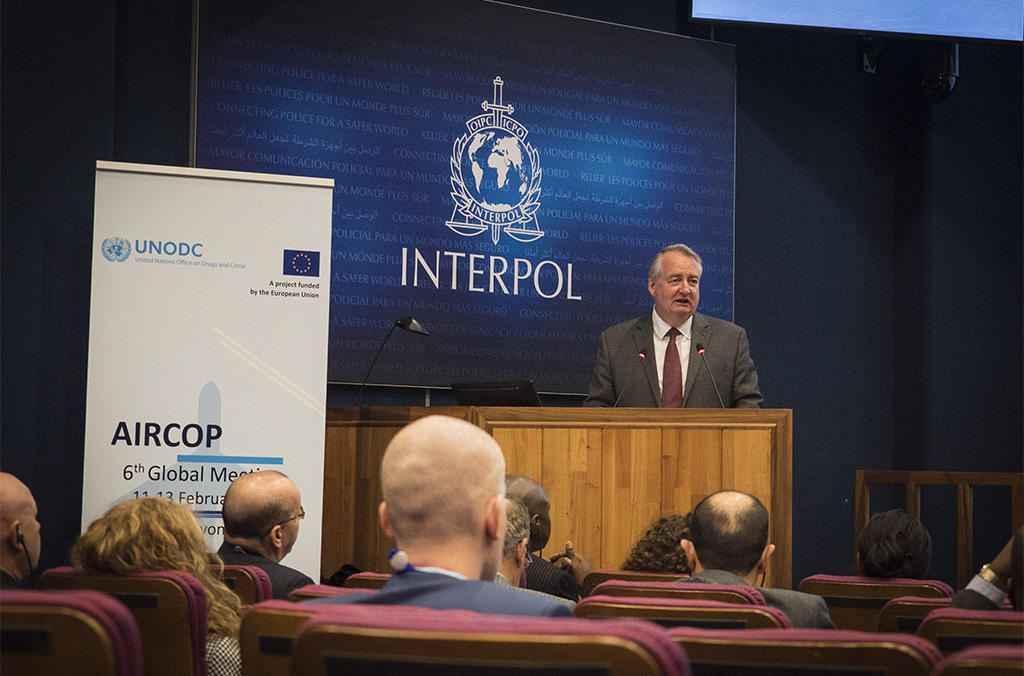 Tim Morris, INTERPOL’s Executive Director of Police Services encouraged participants to work together and capitalize on seizures to strike at the heart of criminal groups.
/

From 11 to 13 February 2019, participants will reflect on AIRCOP’s successes, exchange good practices, discuss the challenges that lie ahead and explore new solutions. Threats are rapidly evolving, criminals are often “smarter”, or at least faster, and law enforcement actors need to constantly remain on the lookout to counter organized crime and terrorism. The recommendations to be adopted at the end of the meeting will be a roadmap for the years to come.

UNODC was represented by Ms. Miwa Kato, Director, Division for Operations, which congratulated the different stakeholders for their engagement and indicated that “Through our joint efforts, we have come a long way, not only by welcoming new countries, but also by targeting and combatting all types of threats that occur on airport platforms”.

Through the collective efforts of AIRCOP task forces and partners, overall seizures amount to 8 tons of cocaine; 422 kg of heroin; 6 tons of cannabis; over 2 tons of methamphetamine; close to 10 tons of cigarette and other tobacco products; more than 13 tons of falsified medicines; 1,2 ton of pangolin scales; 14,5 million undeclared USD; and 1,4 ton of precursors (ephedrine, phenacetine, etc.). AIRCOP JAITFs have also intercepted suspected Foreign Terrorist Fighters, 2 persons wanted by INTERPOL and the FBI (red notices) and potential victims of trafficking in persons.

In his opening remarks, Tim Morris, INTERPOL’s Executive Director of Police Services encouraged participants to work together and capitalize on seizures to strike at the heart of criminal groups. “If we limit ourselves to seizures, we can never identify or disrupt the criminal organized networks behind them. We would only be scratching the surface of this multi-billion-dollar criminal industry,” he said.

In her opening remarks, Ana Hinojosa, WCO Director of Compliance and Facilitation acknowledged the success of the AIRCOP Project and the great collaboration among the partner agencies. She noted that Customs Officers operate in very strategic environments where these crimes are perpetrated, and their authorities and skills help provide unique opportunities for effective coordinated enforcement efforts. “It is heartening to see that the important role of Customs Officers, in these types of law enforcements efforts, is recognized by the global community,” she said.

Ms. Kato underlined that AIRCOP task forces “are a testimony to the fact that inter-agency work and international cooperation are essential in fighting organised crime and terrorism”, thus highlighting the extensive cooperation network created by AIRCOP throughout the years. Such a network allows the officers of AIRCOP national task forces, mentors and trainers active at international airports around the world as well as partner agencies to communicate in real-time, ensuring that operational information is shared efficiently and acted upon immediately and good practices disseminated widely.

AIRCOP is a multi-agency project jointly implemented by the United Nations Office on Drugs and Crime (UNODC), INTERPOL and the World Customs Organization (WCO).

AIRCOP supports the governments of 30 countries in Africa, Latin America, the Caribbean and the Middle East in strengthening the capacities of their international airports to detect and intercept drugs, other illicit goods and high-risk passengers in origin, transit and destination countries. Going beyond capacity-building, an essential aspect of AIRCOP is also to promote a culture of intelligence gathering and information sharing to become part of the working routines of law enforcement agencies, both between agencies at the national level, but most importantly with other agencies across the globe with the overall objective of disrupting the illegal criminal networks.

Funded mainly by the European Union through the Instrument contributing to Stability and Peace (Cocaine Route Programme), AIRCOP receives additional contributions from Canada, France, Japan, the Netherlands, Norway and the United States of America. 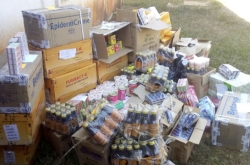