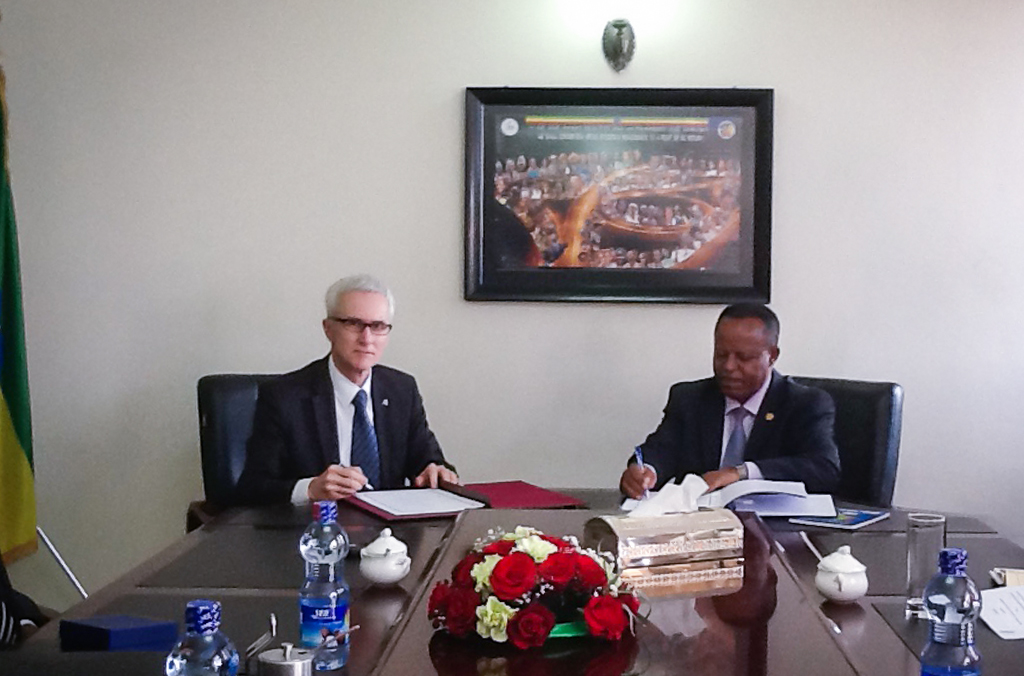 Recent operations in Africa supported by INTERPOL have led to the rescue of nearly 50 victims of child trafficking, and the seizure of 4.5 tonnes of elephant ivory and rhino horn, some 150 tonnes of counterfeit and illicit medicines and more than USD 216 million in illegally harvested timber.

“Signing this agreement opens a new era of cooperation between Ethiopia as the host country of the African Union and INTERPOL, and is to be welcomed at many levels,” said State Minister Atsek-selassie.

“I know that the already strong relationship between us will continue to develop in supporting national, regional and global security efforts to protect both citizens and visitors to Africa,” added the State Minister.

Building on an INTERPOL General Assembly resolution in 2010 and the Memorandum of Understanding (MOU) between INTERPOL and the African Union, the agreement will enhance communication and cooperation between the two bodies.

“The threat posed by terrorism is sadly a daily reality for Africa and in 2016 alone we have already seen deadly attacks across many countries including Burkina Faso, Libya, Somalia, Nigeria and Cameroon,” said Secretary General Stock.

“Combining INTERPOL’s worldwide law enforcement network with the African Union’s expertise and infrastructure will create a strong partnership in enhancing security both within and beyond Africa.

“INTERPOL’s Special Representative office will build on the strength of our Regional Bureaus and National Central Bureaus across Africa as we unite our efforts against terrorism and other forms of transnational crime,” concluded the Secretary General.

The Special Representative Office at the African Union is the third such base operated by INTERPOL, with the first established at the United Nations in New York in November 2004 and the second opened at the European Union in Brussels in 2009.