BALI, Indonesia – Delegates at INTERPOL’s 85th General Assembly have elected Meng Hongwei of China as the new of President of INTERPOL. 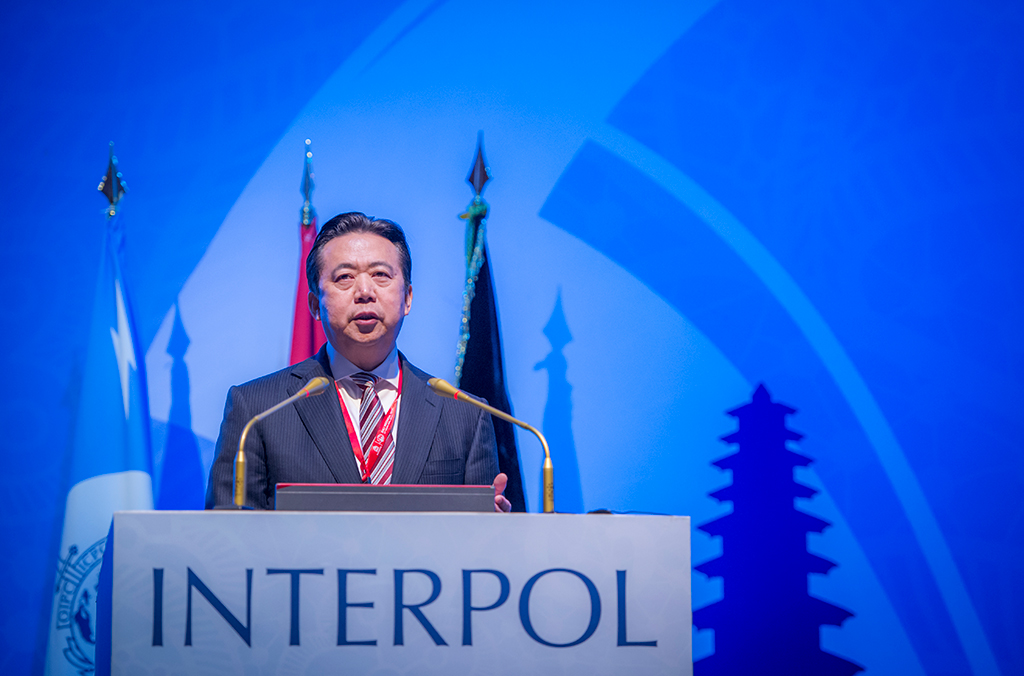 Meng Hongwei, China’s Vice Minister of Public Security, has been elected as the new of President of INTERPOL. 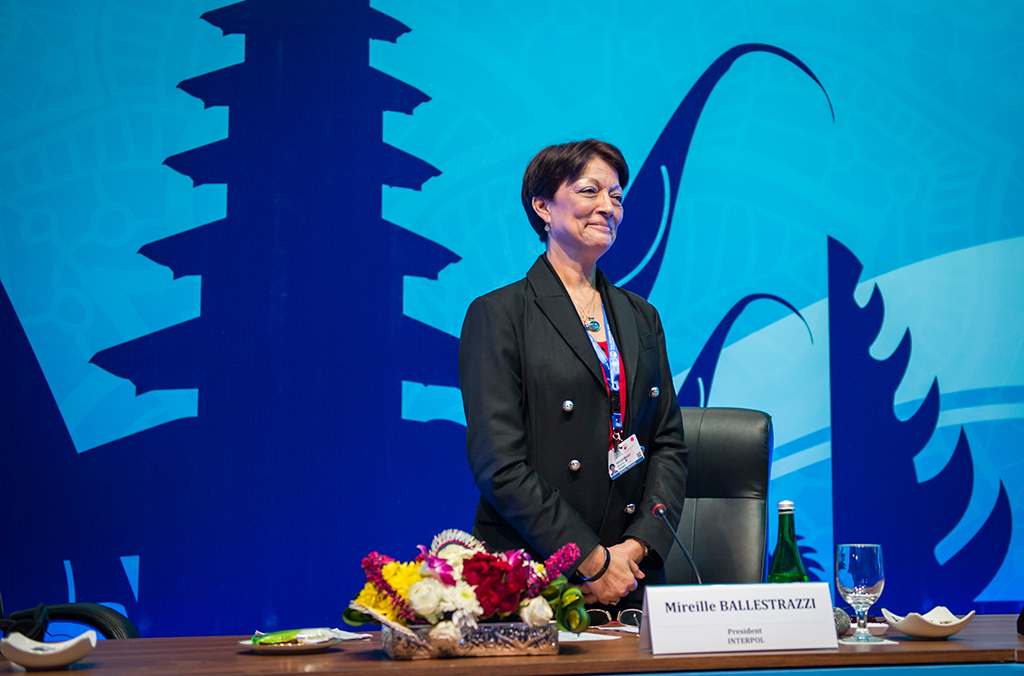 Outgoing INTERPOL President Mireille Ballestrazzi of France was thanked for her service to the Organization. 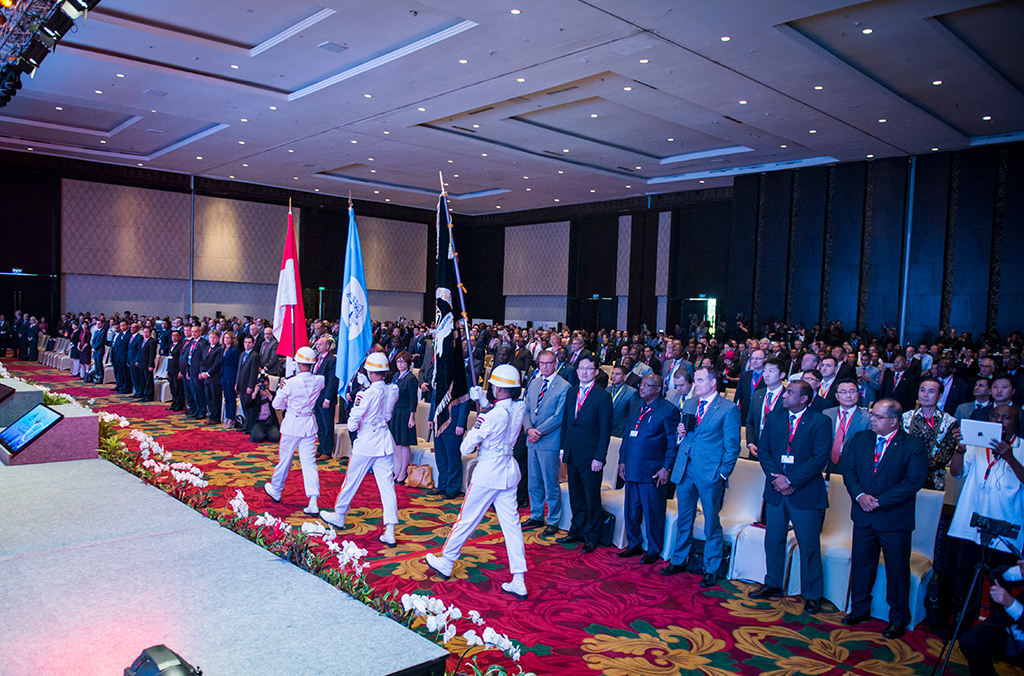 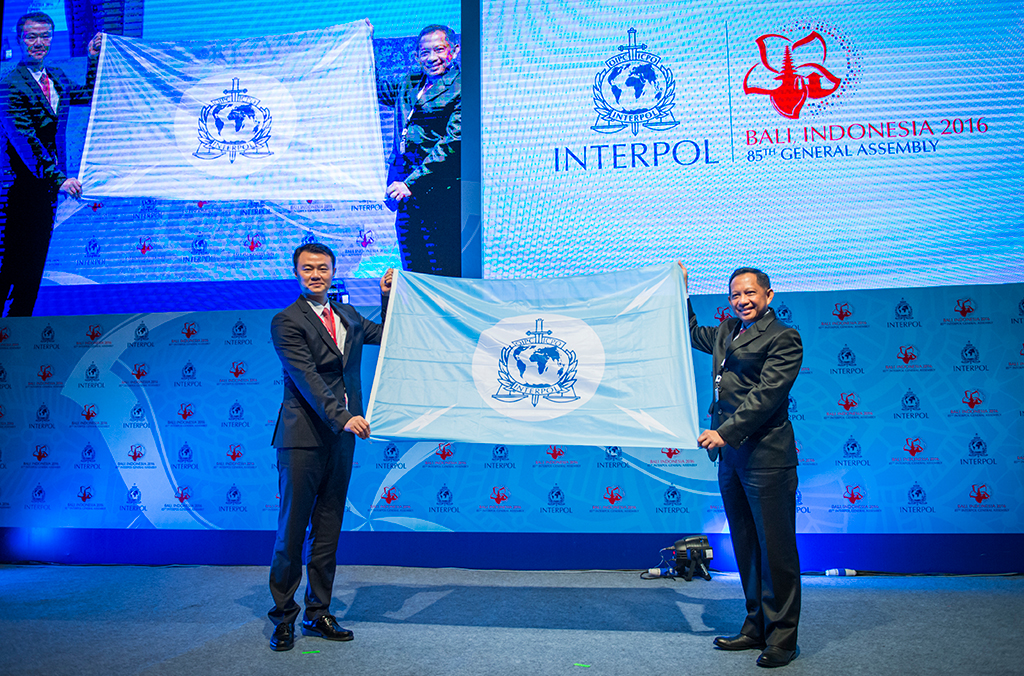 Host country Indonesia ceremonially hands the INTERPOL flag to China, who will host the 86th General Assembly in 2017 in Beijing. 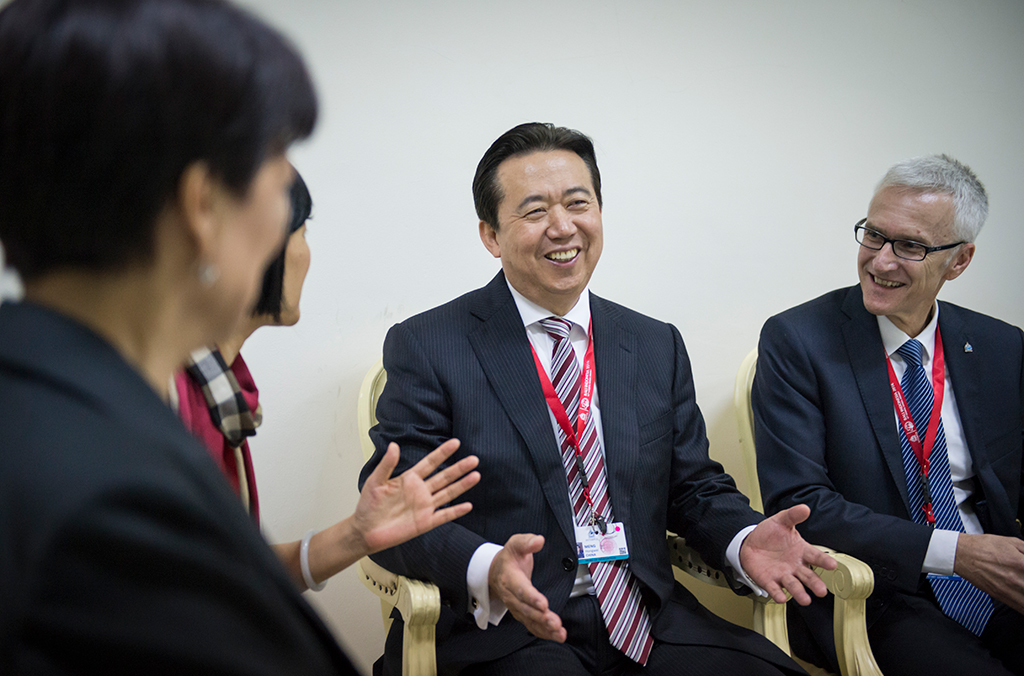 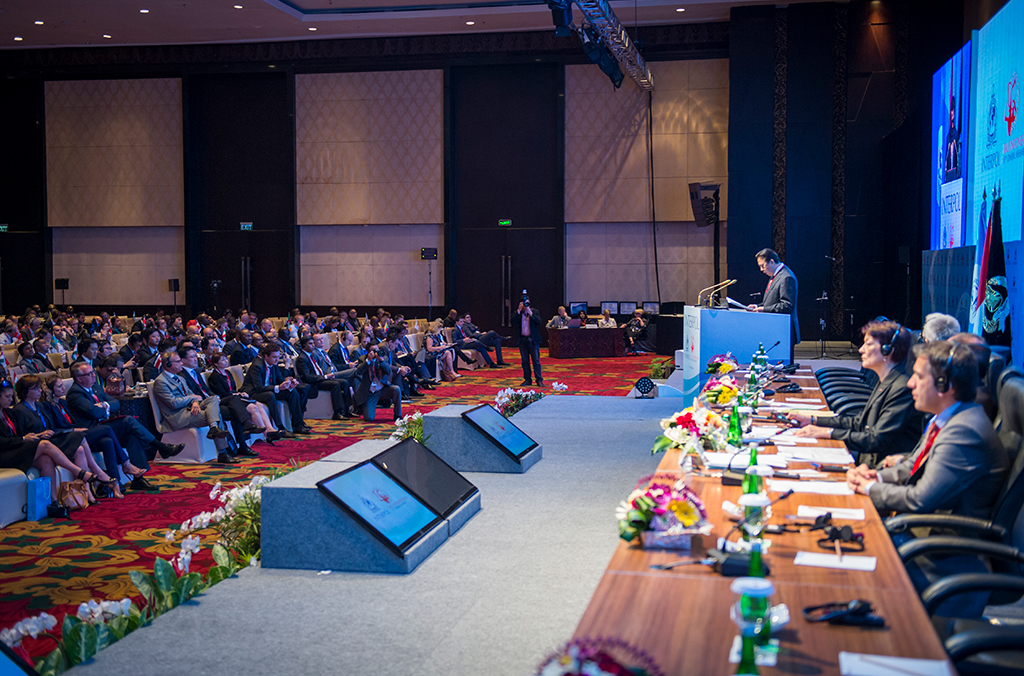 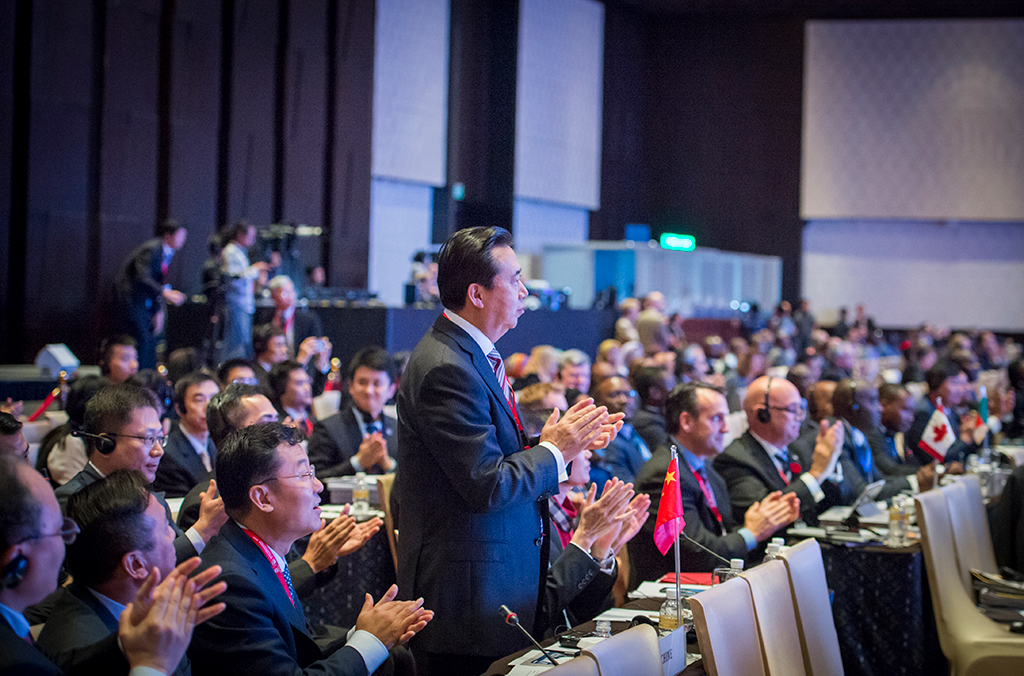 Delegates congratulate Meng Hongwei on his election as President of INTERPOL.

H.E. Retno Marsudi, Minister of Foreign  Affairs of the Republic of Indonesia, told the General Assembly that creating a safe and peaceful world was a joint responsibility. 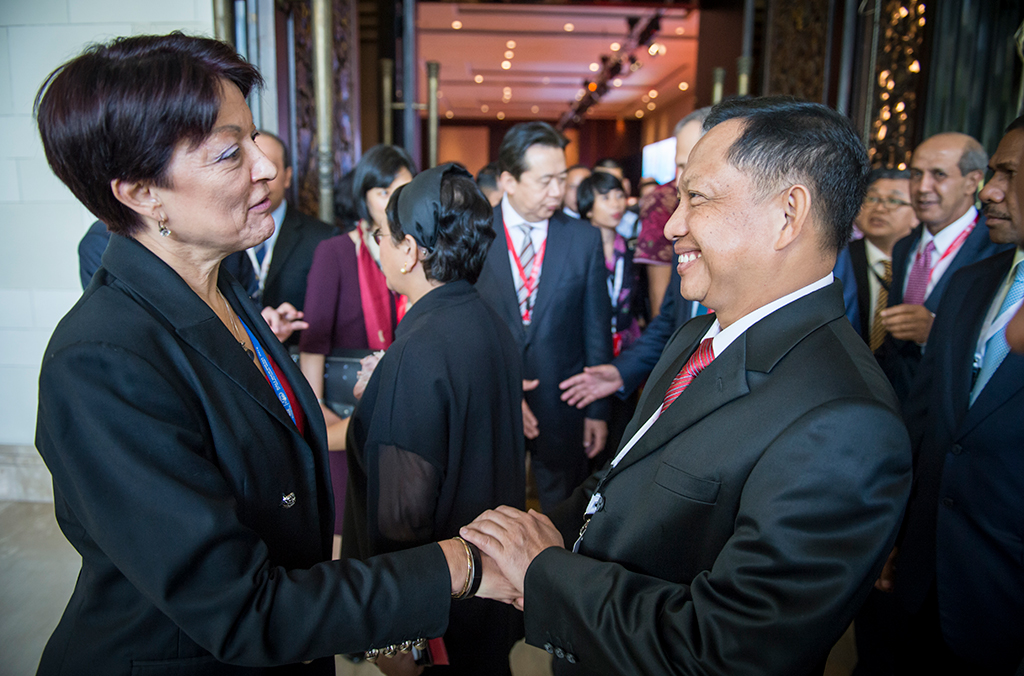 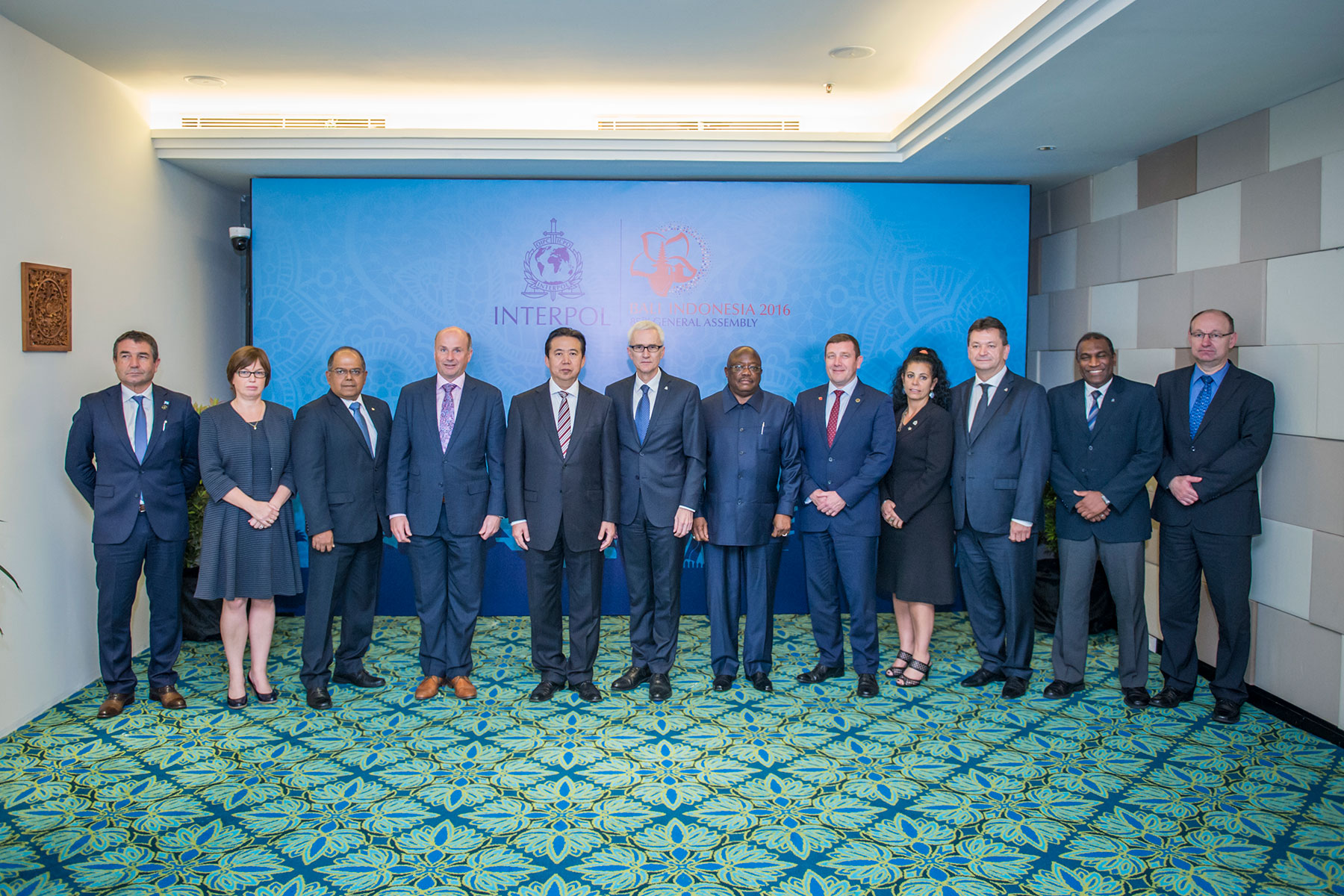 Mr Meng, China’s Vice Minister of Public Security, who will take up his duties with immediate effect, said as a veteran policeman he stood ready to do everything he could towards the cause of policing in the world.

“We currently face some of the most serious global public security challenges since World War Two,” said Mr Meng.

“INTERPOL, guided by the best set of principles and mechanisms to date, has made a significant contribution to promoting international police cooperation.

“INTERPOL should continue to adhere to these principles and strategies, while further innovating our work mechanisms, in order to adapt to the changing security situation we see today,” said Mr Meng.

Welcoming Mr Meng’s appointment INTERPOL Secretary General Jürgen Stock said: “ I am looking forward to working closely with him in ensuring that INTERPOL remains at the forefront of global police cooperation.

Mr Stock also thanked outgoing President Mireille Ballestrazzi of France for her dedication and service to the Organization’s 190 member countries and her significant contribution  to international policing.

Also elected to the Executive Committee were Police Major-General Alexander Prokopchuk of Russia, the Head of INTERPOL’s National Central Bureau in Moscow as Vice President for Europe, Chief of the Argentine Federal Police, General Commissioner Néstor Ramón Roncaglia, as Delegate for the Americas and Mátyás Hegyaljai, Hungary’s Deputy State Secretary for International and European Union Matters as Delegate for Europe.

The elections round off the four-day gathering of some 830 police chiefs and senior law enforcement officials from 164 countries.

Key resolutions approved by delegates include a call for the systematic collection and recording of biometric information as part of terrorist profiles shared via INTERPOL, and further the strengthening of INTERPOL’s information processing mechanisms, including for Red Notices and diffusions.

Member countries also endorsed the expansion of the I-Checkit programme to the maritime industry as part of efforts to enhance border security and passenger screening.