LYON, France – At the request of US authorities, INTERPOL Red Notices – or international wanted persons alerts – have been issued for two former FIFA officials and four corporate executives for charges including racketeering, conspiracy and corruption. 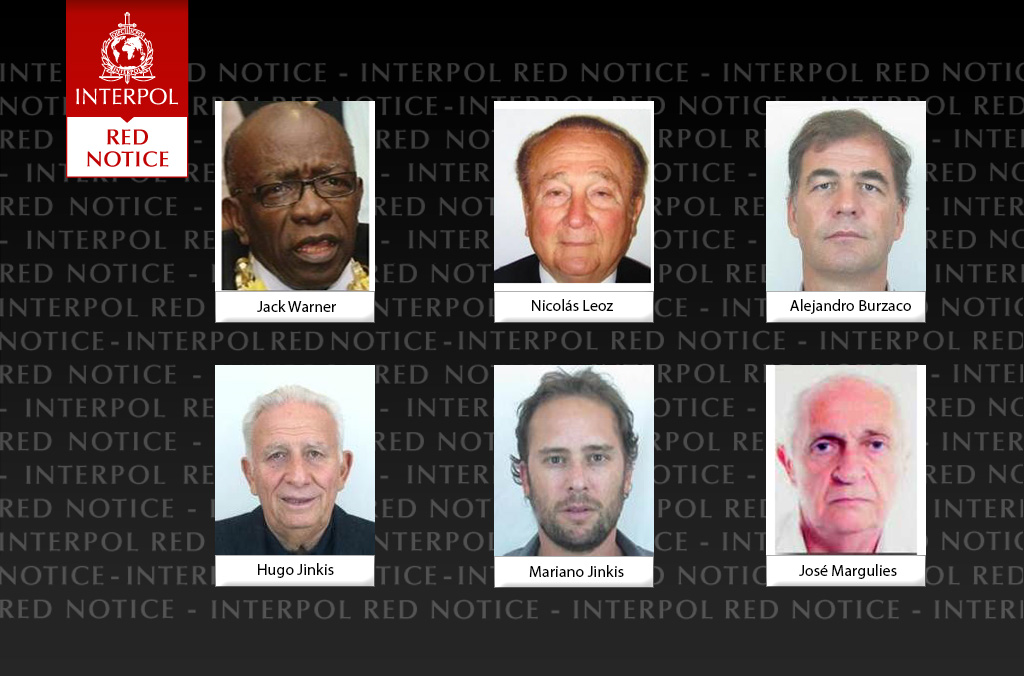 The Red Notices have been issued for;

Red Notices are one of the ways in which INTERPOL informs its member countries that an arrest warrant has been issued for an individual by a judicial authority and seeks the location and arrest of wanted persons with a view to extradition or similar lawful action.

The individuals concerned are wanted by national jurisdictions and INTERPOL’s role is to assist national police forces in identifying or locating those individuals with a view to their arrest and extradition.

A Red Notice is not an international arrest warrant, and INTERPOL cannot compel any member country to arrest the subject of a Red Notice.

INTERPOL’s General Secretariat does not send officers to arrest individuals who are the subject of a Red Notice. Only the law enforcement authorities of the INTERPOL member country where the individual is located have the legal authority to make an arrest.