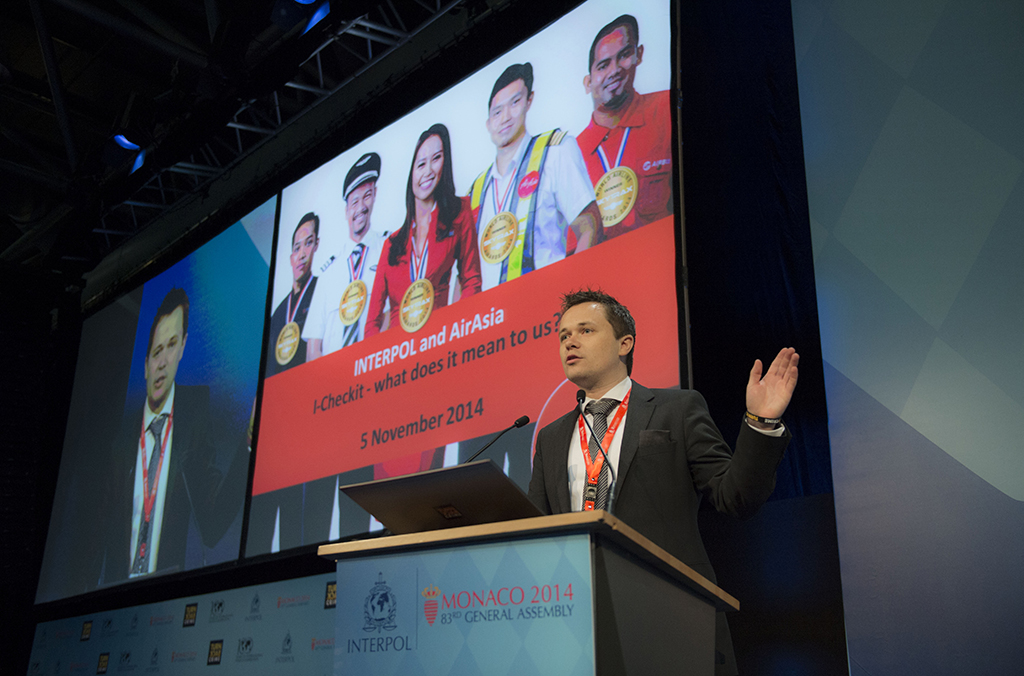 Steven Dickson, Group Head of Ground and Inflight Operations at AirAsia talks about the company’s partnership with INTERPOL. 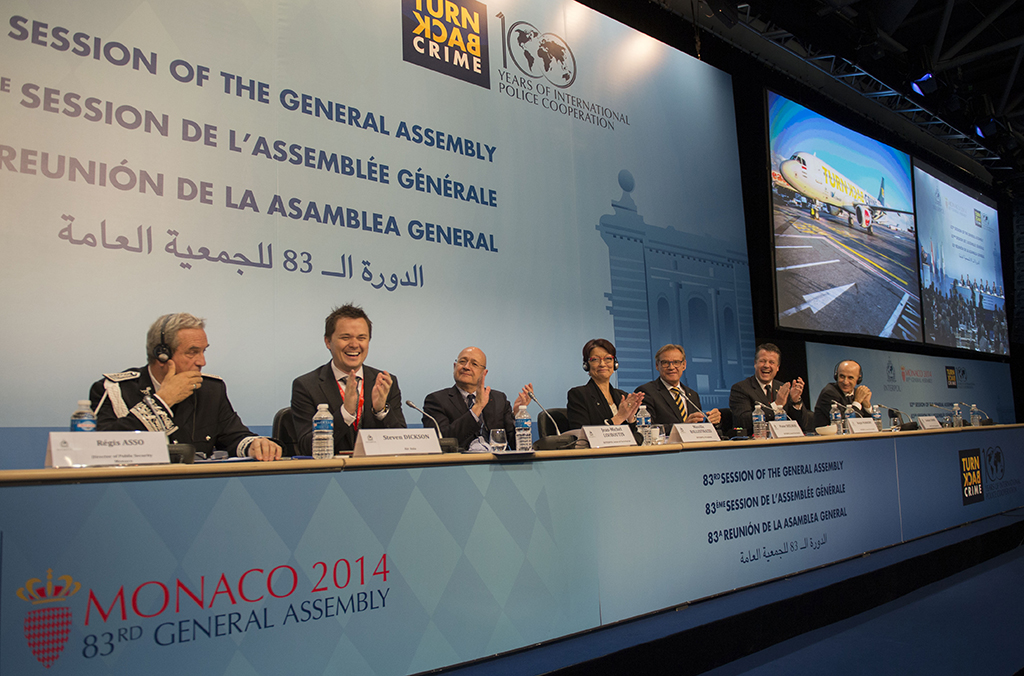 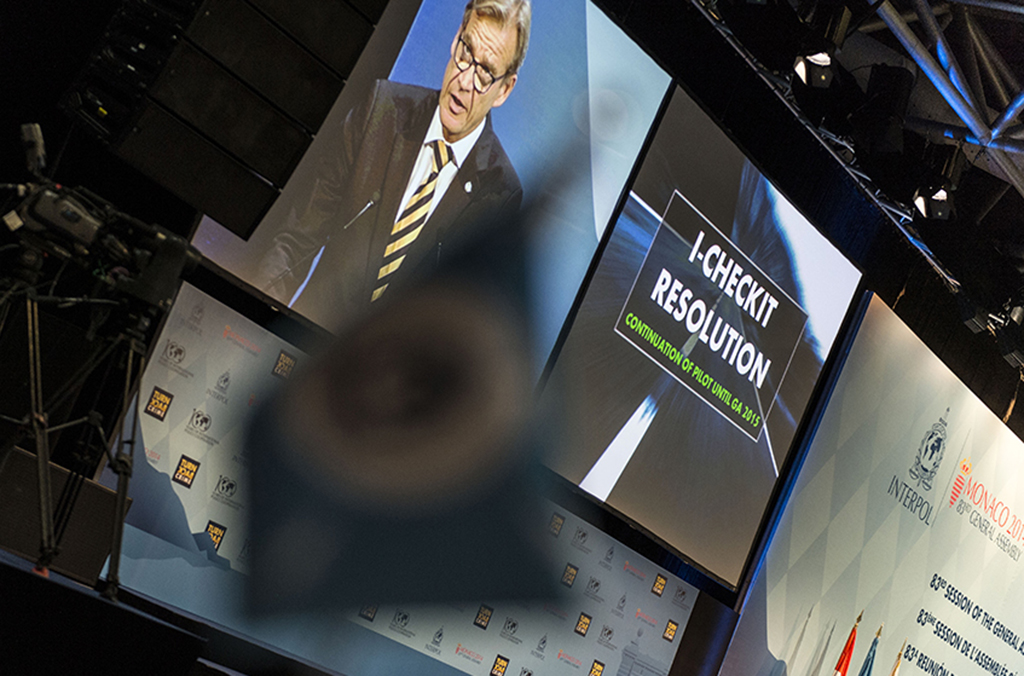 Through I-Checkit, authorized companies can send customer passport information to be screened against INTERPOL’s Stolen and Lost Travel Documents database, to detect the fraudulent use of travel documents. 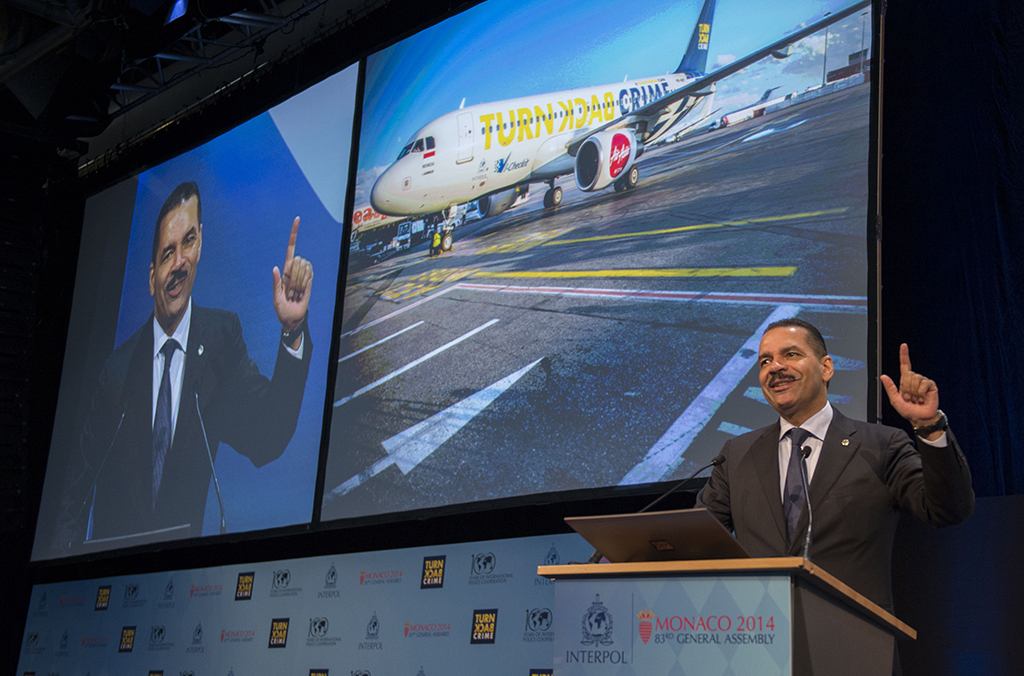 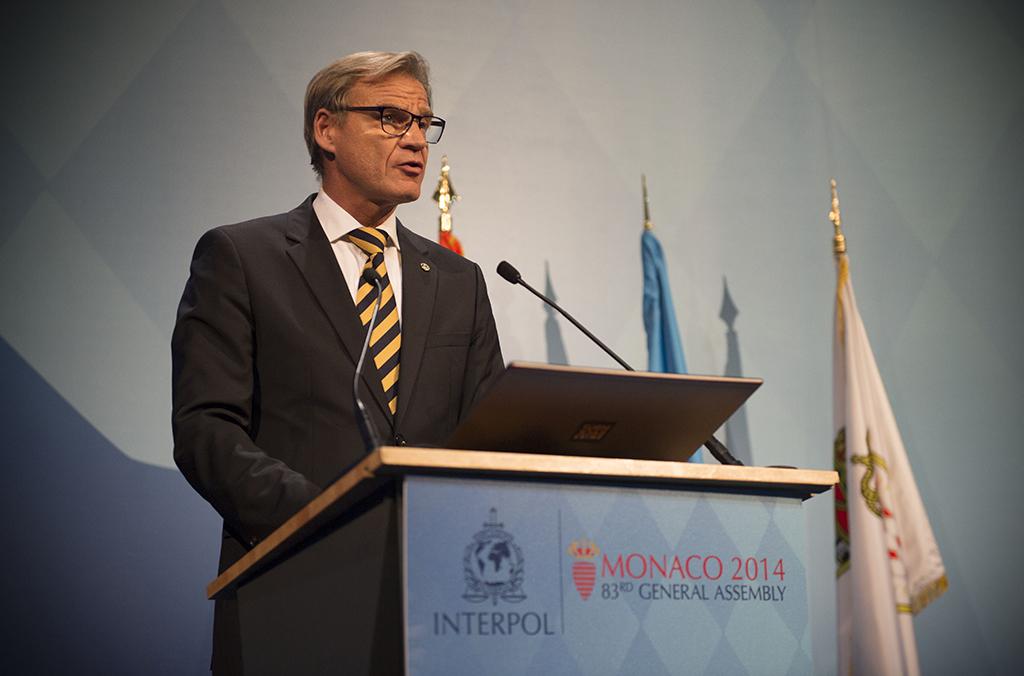 Régis Asso, Monaco’s Director of Public Security shares a success story about a database match that led to the arrest in a hotel of an individual wanted for aggravated theft and robbery. 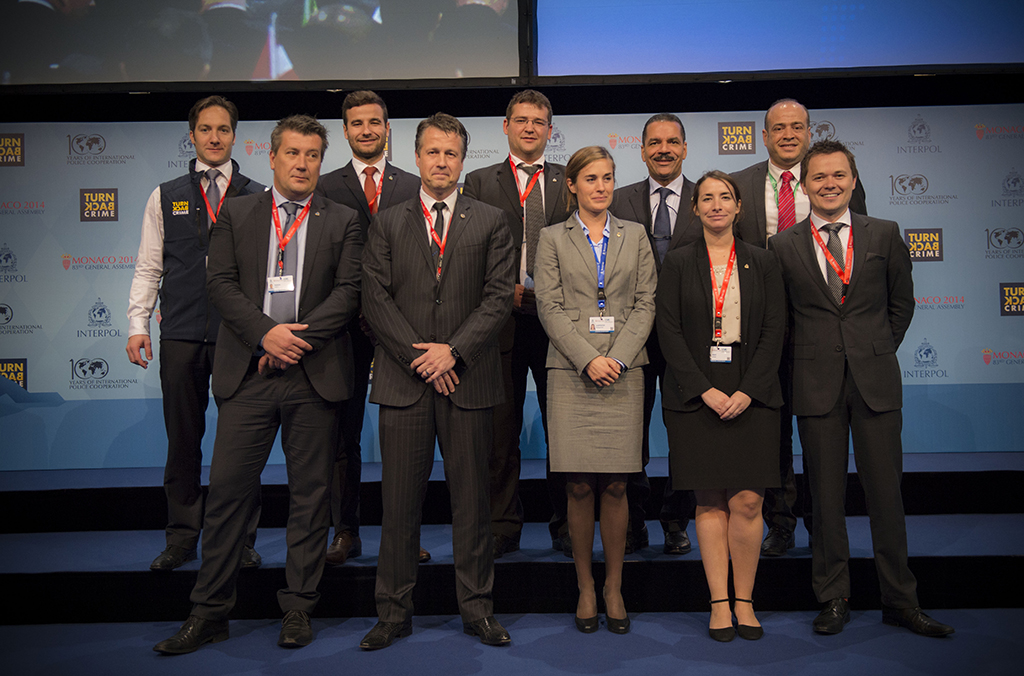 Members of the team who have contributed to I-Checkit’s success. 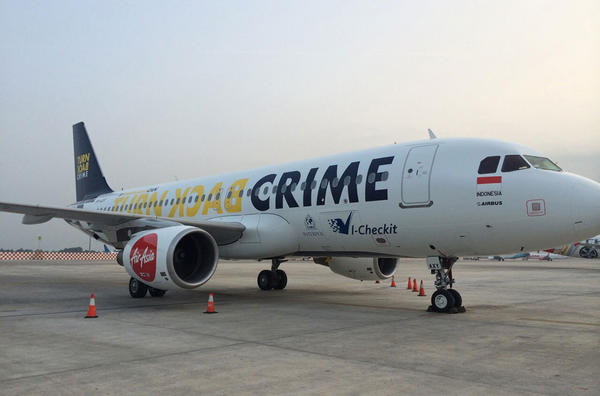 INTERPOL’s Turn Back Crime campaign is reaching new heights with the arrival of a specially designed AirAsia plane. 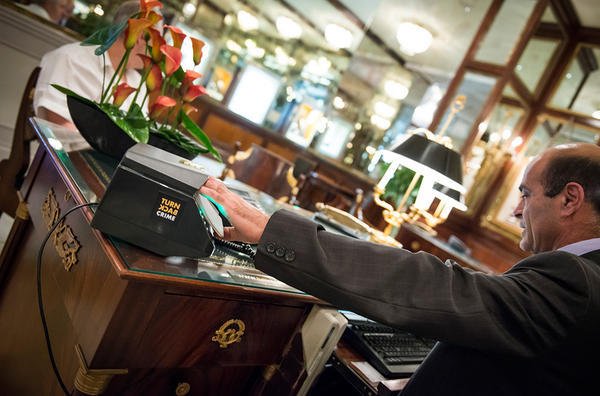 I-Checkit can be used in hotels to ensure that law enforcement agencies are notified instantly when a client uses a document that has been registered as lost or stolen at check-in. 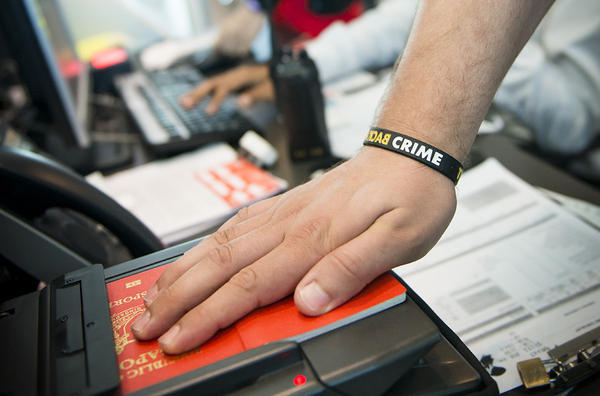 Scanners collect the information necessary to transmit to INTERPOL’s  database for screening. This does not include personal data, just document type, document number and issuing country.
/

Through I-Checkit, authorized companies such as airlines, banks and hotels can send customer passport information to be screened against INTERPOL’s Stolen and Lost Travel Documents (SLTD) database. The aim is to detect individuals attempting to use stolen or fraudulent travel documents in everyday transactions and prevent possible criminal activity from occurring.

INTERPOL has been testing the I-Checkit system with a small number of select partners, including AirAsia Southeast Asia’s largest low-cost airline and a select group of hotels in Europe. The INTERPOL General Assembly today adopted a resolution to continue the testing phase and further develop I-Checkit to involve a broader range of partners.

On the sidelines of the General Assembly, Malaysian Minister of Home Affairs, Dato’ Seri Zahid Hamidi, reaffirmed his country’s support of the I-Checkit initiative and the enhanced cooperation between AirAsia and INTERPOL.

The I-Checkit testing phase has already seen impressive results. Since June this year, some six million AirAsia passengers have been screened against the SLTD database when checking in for their flights, resulting in 69 positive matches. After further examination by immigration and police authorities at the airports, 18 of those passengers were not allowed to board their flights.

“As an airline that flies to more than 23 countries, we take international security very seriously, which brought us to collaborate with INTERPOL. We are proud to be the first airline in the world to have our check-in system fully integrated with INTERPOL’s I-Checkit solution to screen passengers travelling with our network of 100 airports across Asia and 600 international flights per day,” said AirAsia’s Group CEO, Tony Fernandes.

“We would like to thank INTERPOL for the privilege of working with them, and for permitting AirAsia to pilot the I-Checkit system,” he concluded.

During I-Checkit queries made by a partner hotel in Monaco in July, a positive hit occurred against the passport number of a guest who was wanted by Austria for aggravated theft and robbery, resulting in his arrest.

“This is solid evidence that INTERPOL’s I-Checkit initiative can stop potentially dangerous criminals and terrorists from boarding an airplane and threatening the safety of their fellow passengers; can stop them from checking into a hotel and endangering the welfare of the other guests,” said Ronald K. Noble, INTERPOL Secretary General.

“Passengers travelling with AirAsia know that the airline has their safety and security in mind and is doing all it can to prevent anyone using a stolen passport from boarding. With the overwhelming support of INTERPOL’s member countries for expanding I-Checkit, my hope is that one day soon, all citizens the world over will feel as secure when conducting their daily activities,” concluded the INTERPOL Chief.

As part of AirAsia’s partnership with INTERPOL, the airline has painted one of its A320 aircraft with a special livery in support of the Turn Back Crime global awareness campaign. To mark the cooperation between INTERPOL and AirAsia, the special aircraft was flown to Nice airport in France, touching down just hours before the opening of the General Assembly, which this year has the theme ‘Turn Back Crime: 100 years of international police cooperation’.