MOSCOW, Russia – Underlining the importance of collective efforts to fight cyber criminals and secure the Internet, INTERPOL Secretary General Ronald K. Noble met with Eugene Kaspersky, the founder and CEO of Kaspersky Lab, as part of efforts by the world police body to strengthen the global fight against cybercrime by engaging with private sector leaders. 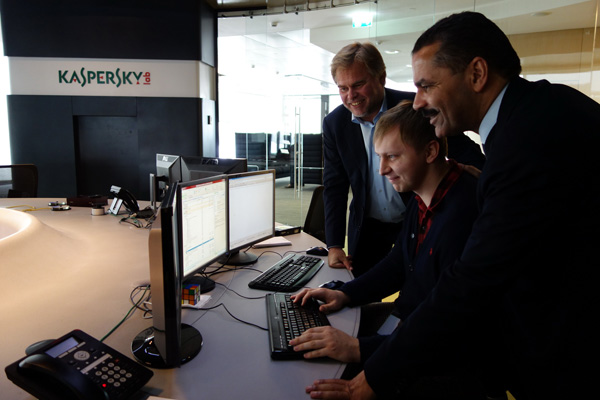 INTERPOL Secretary General Ronald K. Noble met with Eugene Kaspersky, the founder and CEO of Kaspersky Lab, as part of efforts by INTERPOL to strengthen the global fight against cybercrime by engaging with private sector leaders. 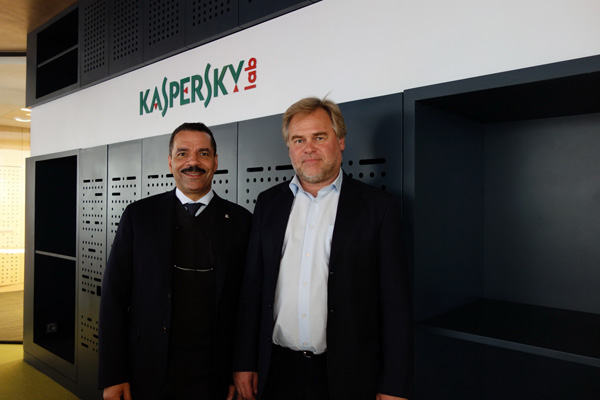 Following discussions with the INTERPOL Chief and Noboru Nakatani, Executive Director of the INTERPOL Global Complex for Innovation (IGCI), Kaspersky Lab confirmed it would provide strong technical support to the IGCI in Singapore once it becomes operational in 2014, and to provide cyber intelligence with a view to INTERPOL's sharing it among its 190 member countries seeking to protect cyber space and investigate cyber criminals.

INTERPOL Secretary General Ronald K. Noble said that cybercrime could not be fought in isolation, and that drawing on private sector expertise in the Internet security field was essential.

“Fighting cybercrime requires that law enforcement at the national and international level work with the private sector and forward-thinking technological leaders such as Eugene Kaspersky and his colleagues at Kaspersky Lab in order to keep pace with today's cybercriminals,” said Secretary General Noble.

Commenting on the meeting with INTERPOL and the planned close cooperation with the world police body, Eugene Kaspersky said: “I am very pleased with the outcome of this meeting. I have been pushing for the creation of what I used to call an Internet-INTERPOL for over a decade now, and at last it has finally come to pass. It should come as no surprise that we wholeheartedly support this initiative, testified to by our plans to second some of our top experts over to the IGCI in Singapore.

“Soon cybercriminals will have nowhere to hide - not able to hole up in this or that country as they have up to now. The net is closing in on cybercriminals - both the proverbial one and the Inter-net,” added Mr Kaspersky.

“The strong support for the INTERPOL Global Complex for Innovation expressed by Eugene Kaspersky, the founder and CEO of Kaspersky Lab, will provide law enforcement in our 190 member countries with the expertise to generate actionable intelligence to protect cyberspace and to bring cyber criminals to justice,” said IGCI Executive Director Nakatani.

The state-of-the-art IGCI will equip the world’s police with the tools and knowledge to better tackle the crime threats of the 21st century, including cybercrime. As a research and development facility for the identification of crimes and criminals, it will provide innovative training and operational support for law enforcement across the globe.