OUGADOUGOU, Burkina Faso – Nearly 400 child trafficking victims, some as young as six years old, forced to work in illegally-operated gold mines and cotton fields have been rescued following an operation by police in Burkina Faso coordinated by INTERPOL.

Information gathered during the operation will help identify and dismantle the criminal networks behind the trafficking and exploitation of children. 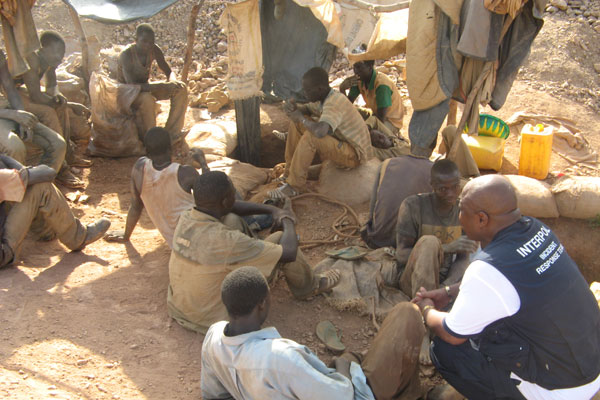 Henri Guida Blemin, specialist officer with INTERPOL’s Trafficking in Human Beings unit, speaks to the workers, to find out how they came to be at the mines and about the working conditions. 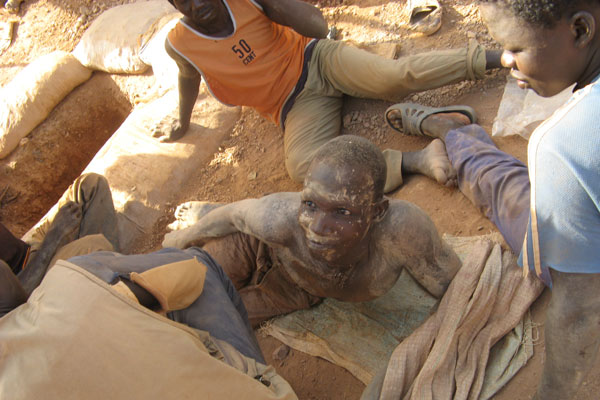 The children spend all day down the mine, with no daylight. As a result, their eyes are badly affected and it may take up to two hours for their eyes to clear of the dirt at the end of the day. 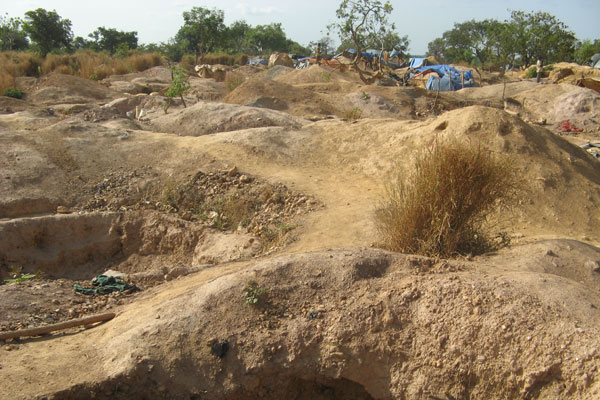 As each mine is emptied, the camp moves forward leaving behind unstable ground which can collapse at any time. When entering the area, police officers use sticks to check the ground before they step forward. 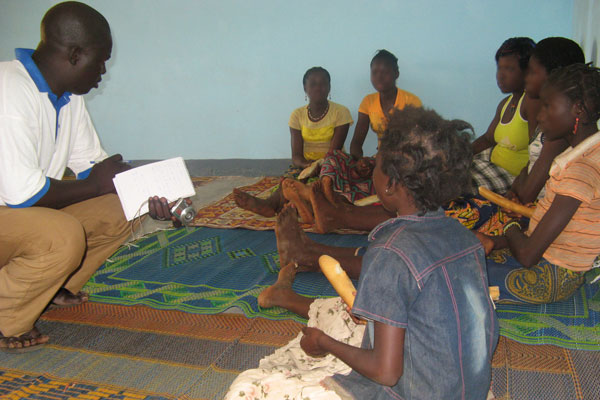 Officers trained in dealing with child exploitation and trafficking interview the victims. 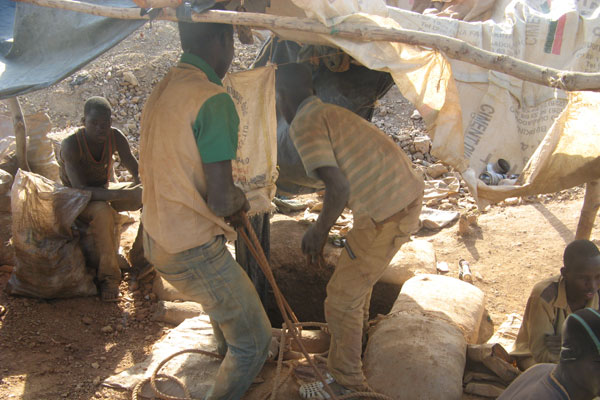 Children as young as six are forced to work in illegally-operated gold mines. Here, boys at the surface use a rope to pull out a child from the bottom of the mine. 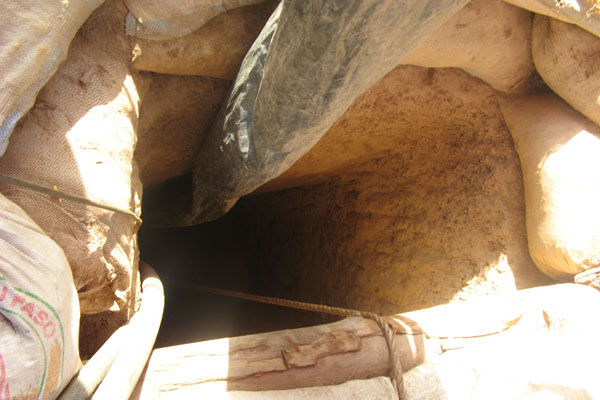 As well as a ‘breathing bag’ (top), a water extraction pipe (bottom left) is needed as the shafts sometimes fill with water. When it rains, the ground becomes unstable and sandbags at the top of the mine can fall in and crush the child below. The bodies of those who cannot be rescued are left down the mines. 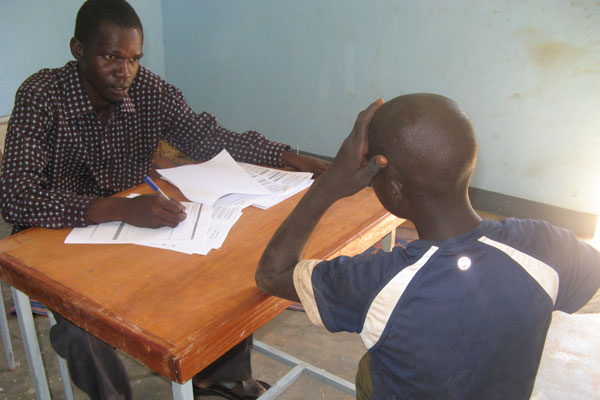 This young boy had been working in the mines for nearly two years. He told police he was grateful to have been rescued and he wanted to go back to school to study. 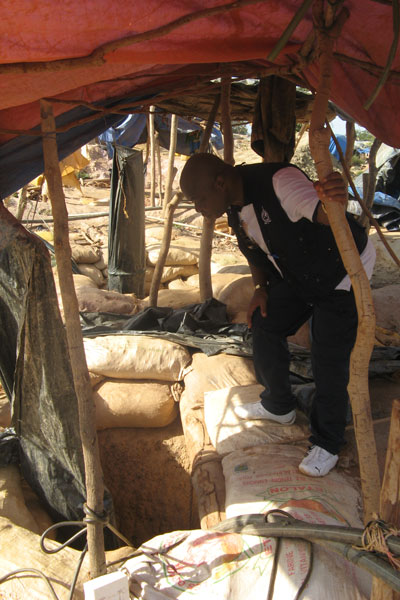 The mines are narrow, airless and can be up to 70 metres in depth. Bags are used to form a tube down to the bottom of the mine, with a person at the top fanning air to enable the child at the bottom to breathe. 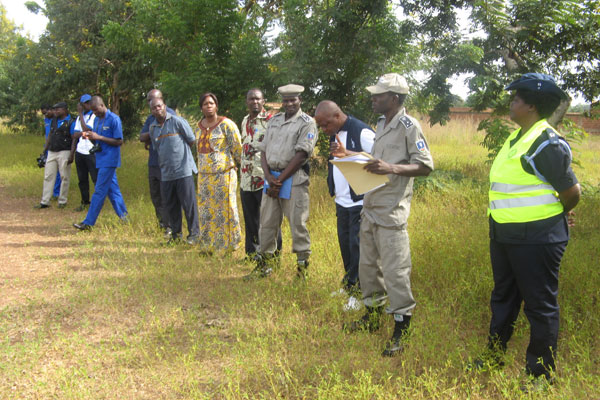 Led by Superintendent Patience Quaye, 14 officers from Ghana observed Operation Tuy as part of their training in order to carry out similar actions in Ghana in the future. 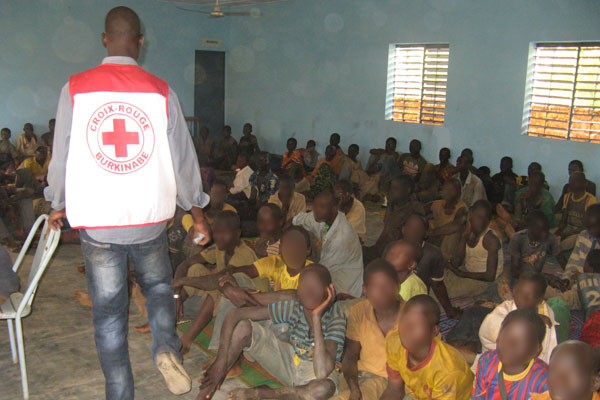 The victims have now been returned to their families or taken into care by social services.
/

Some 165 police officers, together with officials from customs, social and health services took part in Operation Tuy which targeted sites in Ougadougou, Houndé and Bobo Dioulasso, resulting in 73 individuals being arrested in connection with child trafficking and labour offences.

During the two-day (29 and 30 October) operation, 387 children were discovered working under extreme conditions, lowered into narrow, airless mining holes up to 70 metres in depth, receiving no salary or education, with young girls often also subjected to sexual abuse. The victims have now been returned to their families or taken into care by social services.

“This was the largest operation of its kind run in Burkina Faso supported by INTERPOL and its success is a direct result of the commitment and support of the government, police and other agencies,” said Henri Guida Blemin, specialist officer with INTERPOL’s Trafficking in Human Beings unit which helped coordinate the operation.

“The conditions under which these children are forced to live and work are horrific, and INTERPOL will continue to work closely with all its member countries to identify and stop the exploitation of these innocent victims and help them regain the childhood they deserve,” added Mr Blemin.

Prior to Operation Tuy, more than 100 officials from the national police, gendarmerie, customs, welfare, water and forestry services took part in a three-day specialist course. Training was provided by specialist officers from the INTERPOL International Trafficking in Human Beings Task Force, including from Canada, the Regional Bureau in Abidjan as well as its National Central Bureau in Ougadougou, in addition to police, health and education specialists from Burkina Faso.

“The success of the operation is not just about the number of victims rescued, but it is also about making sure the infrastructure and knowledge is in place for this important work to continue, which is why the training is just as important as the fieldwork. If the officers don’t have the skills they cannot do their work and efforts achieved cannot be sustained,” said Mr Blemin.

“Information gathered during the operation will also help in identifying and dismantling the criminal networks behind this crime at the national, regional and international levels,” he added.

Tuy is INTERPOL’s fifth operation targeting forced child labour in Africa. Operations Bia (2009), Cascades and Bana (2010) and Bia II (2011) have already led to the rescue of more than 400 children across Central and Western Africa and the arrest of 93 individuals.