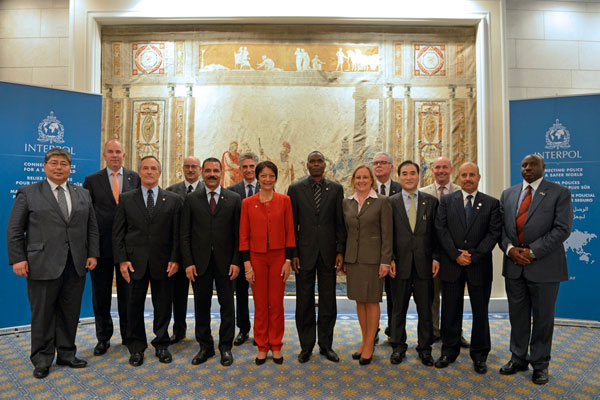 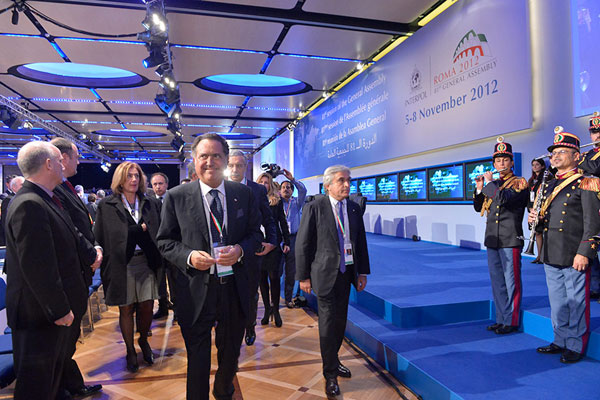 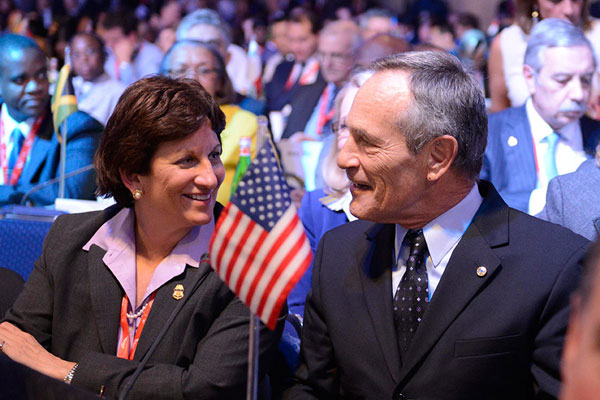 Elected as Vice President for the Americas was Alan Bersin, Assistant Secretary of International Affairs for the U.S. Department of Homeland Security (right). 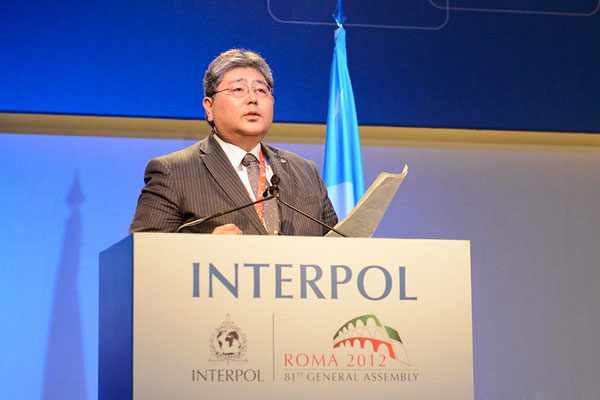 Nobuyuki Kawai, Director of the Organized Crime Department of the National Police Academy of Japan, was elected as Vice President for Asia. 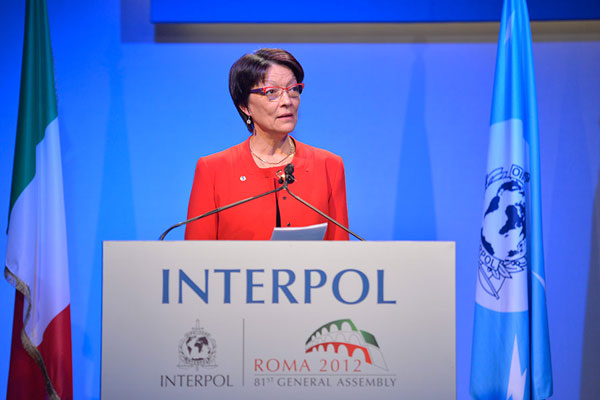 Mireille Ballestrazzi, Deputy Central Director of the French Judicial Police, was elected as the new President of INTERPOL by delegates at the 81st General Assembly. 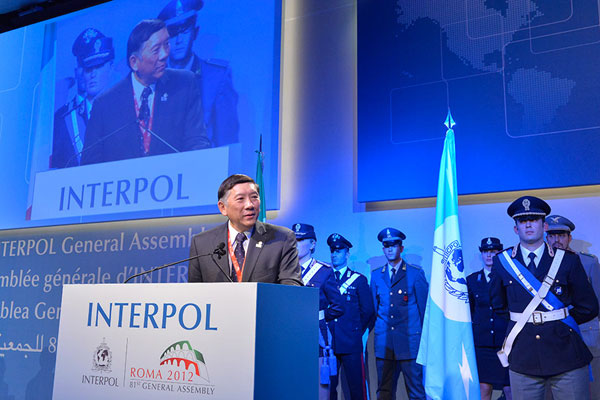 Outgoing INTERPOL President Khoo Boon Hui reflects on his time with the Organization. 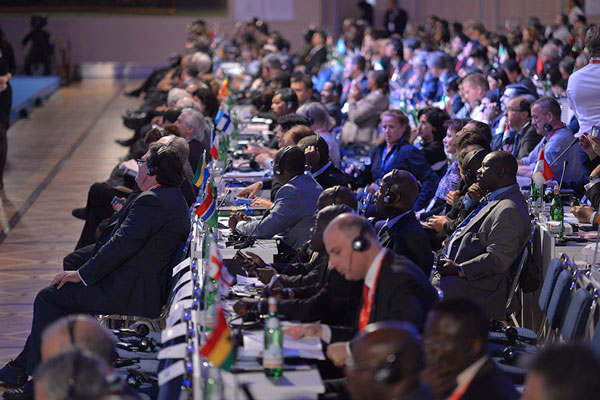 Delegates endorsed a series of resolutions on issues including maritime piracy, illicit trafficking in cultural property, the INTERPOL Travel Document, cybercrime and trafficking in illicit goods. 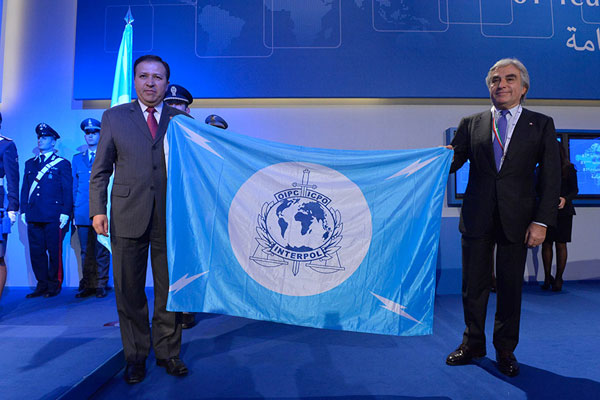 In a symbolic gesture, the INTERPOL flag is handed to a Colombian official, looking ahead to the 2013 General Assembly in Cartagena. 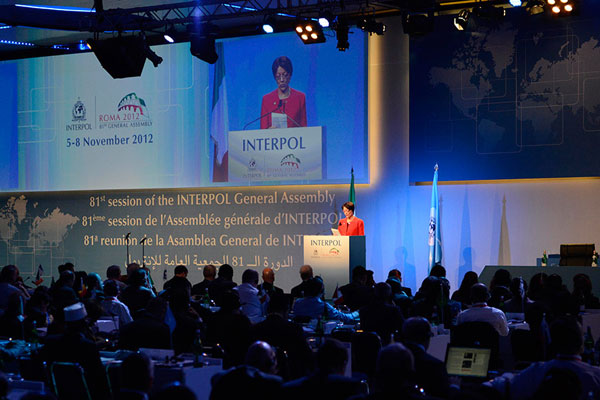 Mireille Ballestrazzi said she felt a great sense of pride and joy to have been elected as the INTERPOL President and looked forward to serving all of INTERPOL’s 190 member countries. 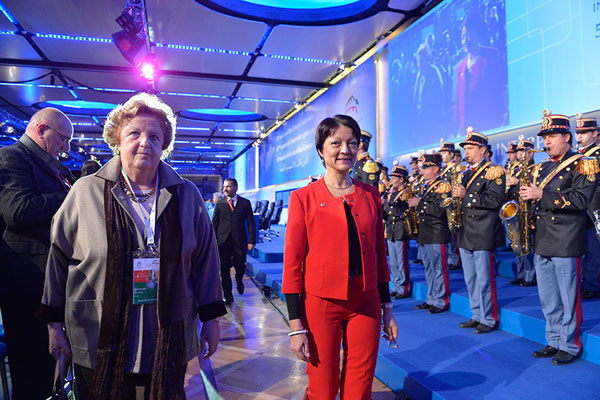 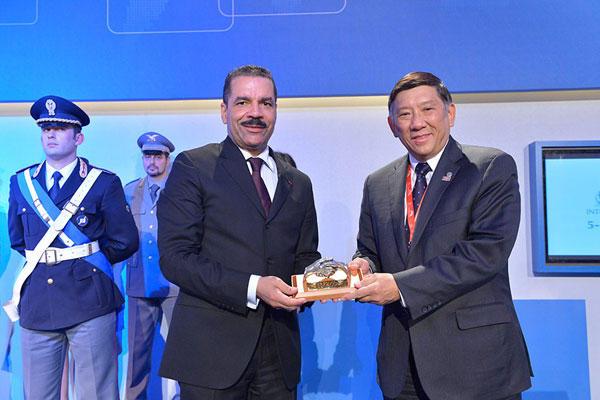 Mrs Ballestrazzi said she felt a great sense of pride and joy to have been elected as the President of INTERPOL and looked forward to serving all of INTERPOL’s 190 member countries in ‘an unfailing spirit to promote mutual assistance and solidarity’.

“I am wholly committed to the fundamental role INTERPOL must play in global police cooperation. By establishing the INTERPOL Global Complex for Innovation and leading other recent initiatives, INTERPOL has placed itself at the forefront of innovation which I will continue to fully support. There is no doubt that this direction will open up drastically new perspectives for INTERPOL and its member countries worldwide as we face together the challenges of today and tomorrow.”

“As the world’s largest police organization, it is essential that INTERPOL’s leadership offers the best policing and expertise to its 190 member countries in order to meet their needs,” said Mr Noble.

“Mireille Ballestrazzi’s appointment as President of INTERPOL comes at a time when countries are adapting to the realities of the changing nature of transnational organized crime in the 21st century.

“She brings invaluable experience in cross-border police collaboration to her role, as well as proven leadership abilities, and I look forward to working closely with her to ensure that INTERPOL continues to provide innovative responses to meet the needs of our member countries, ” added the INTERPOL Chief.

The four-day conference (5 – 8 November) in Rome was  launched with a Ministerial meeting attended by close to 100 global leaders who endorsed a joint declaration recognizing the need to identify viable strategies to effectively address the changing modes of contemporary criminal violence.

During the conference, more than 1,000 delegates from some 170 countries endorsed a series of resolutions to build a modern framework for collective action, including on maritime piracy, illicit trafficking in cultural property, the INTERPOL Programme to Combat Trafficking in Illicit Goods launched earlier this year, the INTERPOL Travel Document and cybercrime.

A groundbreaking initiative by INTERPOL to support the safety and security of the 2022 FIFA World Cup in Qatar and other major sporting events over the next 10 years was also launched following an agreement with the Qatar 2022 Supreme Committee worth USD 10 million.