VIENTIANE, Laos – Enhancing investigative skills against the illicit movement of chemical and explosive precursors was the focus of an INTERPOL training course in Laos for participants from law enforcement, national counter-terrorism units and the World Customs Organization’s Programme Global Shield. 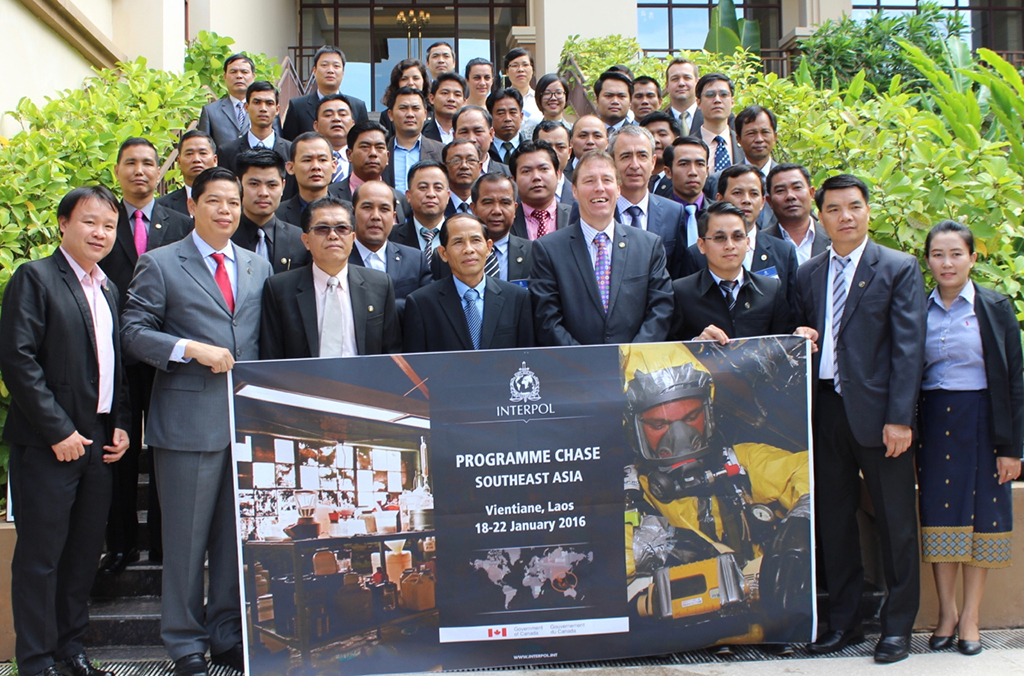 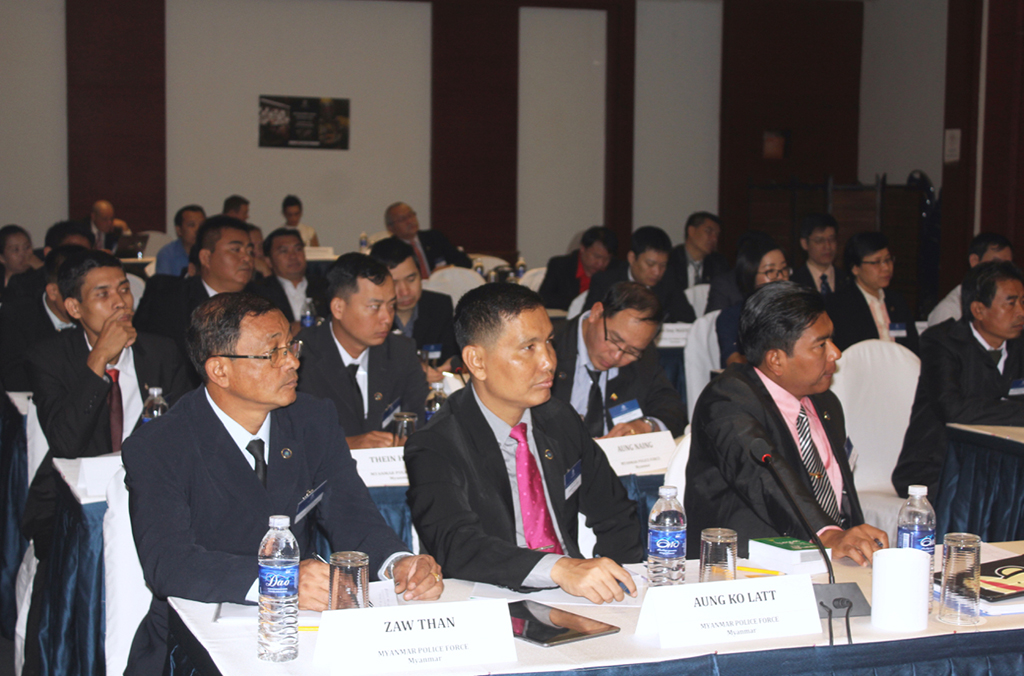 Officials from the Myanmar Police Force were among the participants at the five-day training course.

The Cambodian delegation carrying out a chemical detection and identification test. 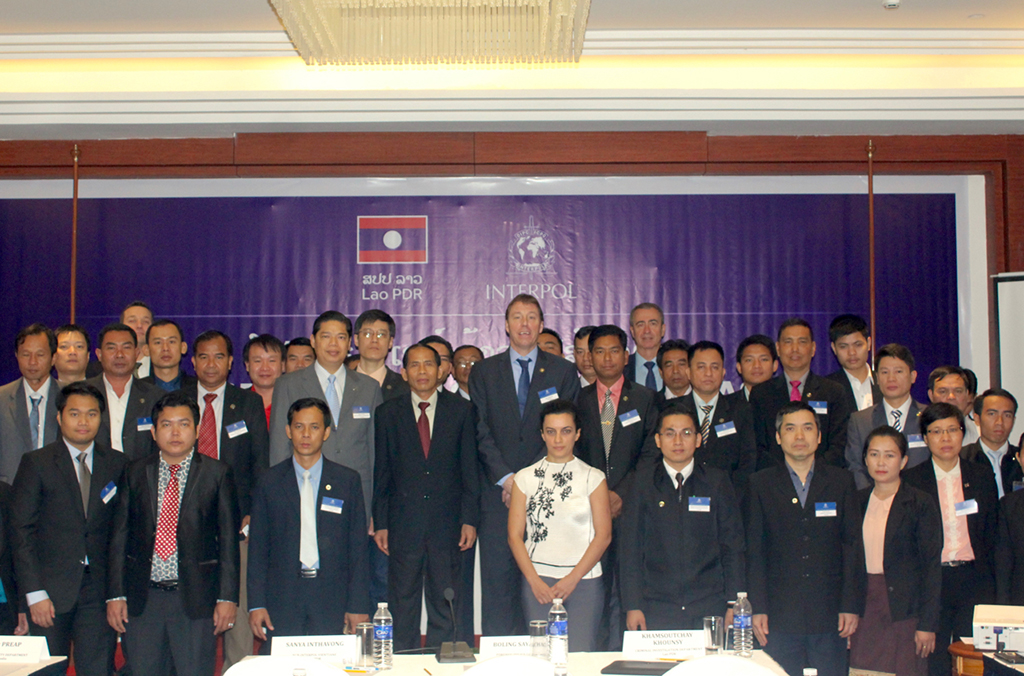 Under the framework of Project Chase (Chemical Anti-Smuggling Enforcement), the five-day (18-22 January) Counter Smuggling Investigation Course was attended by over 30 participants from Cambodia, Laos, Myanmar and Vietnam. It was part of a global effort to increase the capacity of police, customs, immigration and national chemical and border security agencies to target the illegal movement of chemical warfare agents, toxic industrial chemicals and explosive precursor chemicals.

Alan Grimmer, the Coordinator for INTERPOL’s CBRNE (Chemical, Biological, Radiological, Nuclear and Explosives) Sub-Directorate, said: “Limitations of inter-agency coordination, equipment and specialized training between national agencies responsible for the prevention of chemical and explosive smuggling expose a number of areas in Southeast Asia to a heightened risk of chemical and explosive terrorism.”

“After this training each country will have a cadre of officers who will be responsible for coordinating counter smuggling operations in their own countries, but more importantly they will also have cross-border connections with neighbouring countries to be able to exchange information, quick-time, to prevent and interdict chemicals being smuggled across borders,” added Mr Grimmer.

The course also reviewed the regional CBRNE threat, terrorism as it relates to social media and financing, as well as the value of document and electronic evidence.

It was the second training course of Project Chase, funded by Global Affairs Canada. The first course was held in September 2015, in Siem Reap, Cambodia.