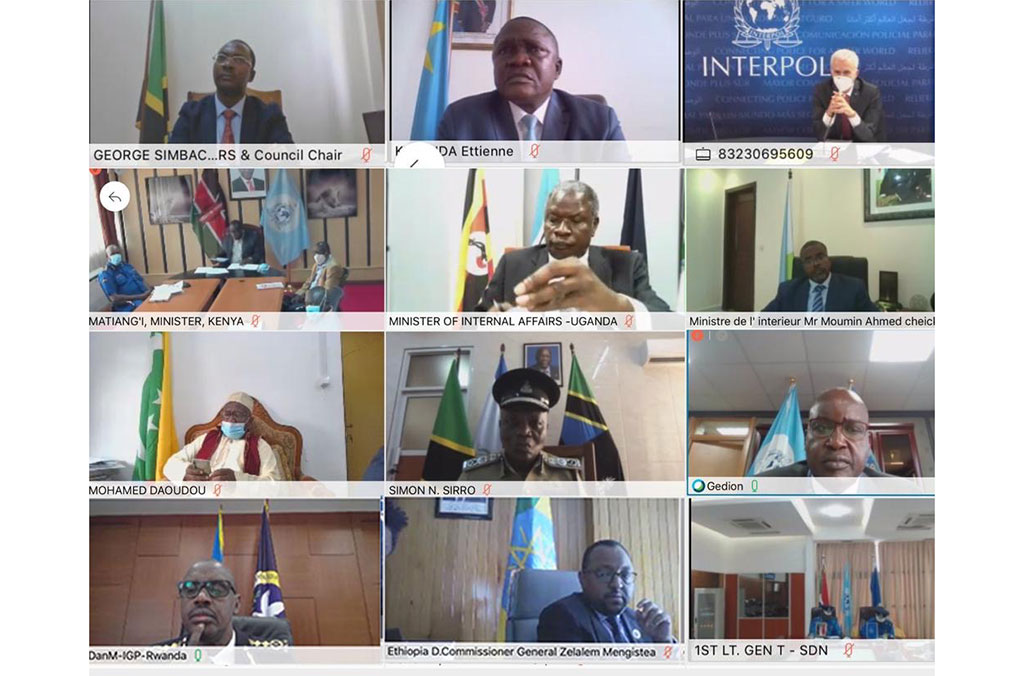 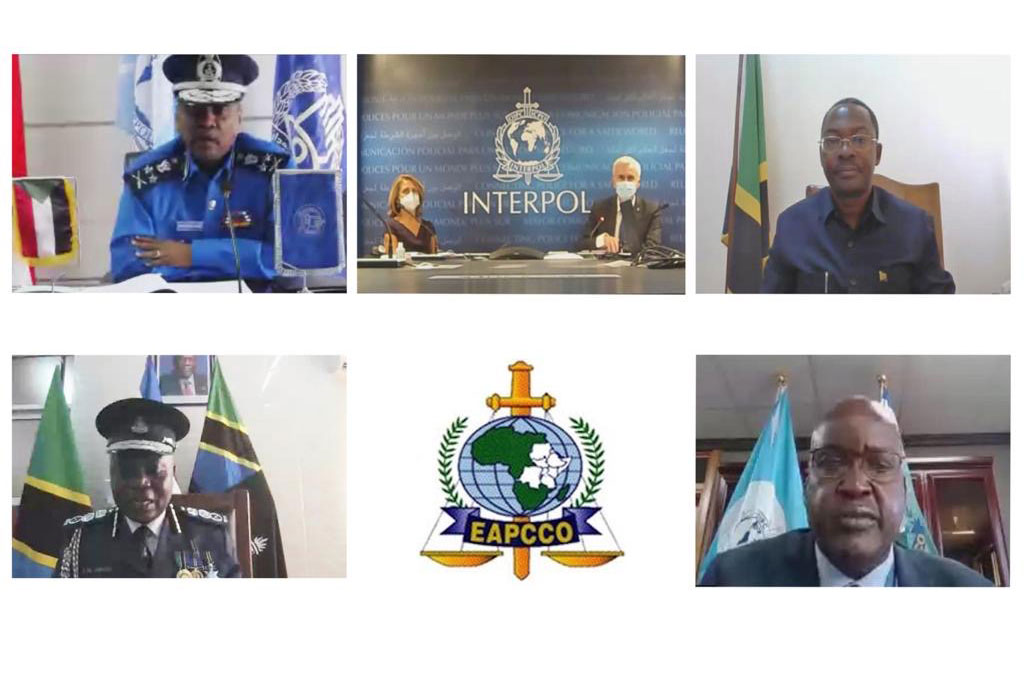 At the Council of Police Chiefs session on Thursday 17 September, opened by Tanzania’s Minister for Home Affairs George Simbachawene, Mr Stock said while the pandemic has created additional challenges for law enforcement, INTERPOL stood ready to assist at the national, regional and global level.

Recognizing the achievements of the EAPCCO region under the Chairmanship of Simon Sirro, the INTERPOL Chief highlighted several successes throughout the year, including Operation Simba II involving the Democratic Republic of the Congo, Kenya, Tanzania and Uganda.

During the eight-day operation in March, nearly three million checks were carried out against INTERPOL’s databases resulting in the arrest of five individuals, one of whom was a member of a crime syndicate wanted in Europe. Secretary General Stock said the operation demonstrated that despite the pandemic and the resulting travel restrictions, criminal mobility across borders continues.

The INTERPOL Chief also underlined the importance of a secure technical infrastructure for law enforcement communication. Under the I-ONE project, new equipment has been delivered to National Central Bureaus in 10 EAPCCO countries, with work ongoing to extend access to INTERPOL’s global databases to airports, seaports and border crossings.

In addition, this year INTERPOL’s Regional Bureau in Nairobi and the Institute for Security Studies, saw 65 senior officials from the region benefitting from specialized training on gendered approaches to terrorism and organized crime.

On Friday 18 September, at the Ministers Responsible for Police Affairs meeting, Secretary General Stock said their leadership was essential in providing the impetus needed to overcome the current obstacles.

The targets and priorities set for East African countries by Ministers would continue to guide INTERPOL’s blueprint for action in addressing challenges, from how to more proactively take a stance to combat terrorism and organized crime; to addressing cyber threats, mobile money crime in Africa and cattle rustling.

Resolutions endorsed during the meeting included calls for strengthening cooperation with INTERPOL to empower law enforcement agencies to fight crime amidst the pandemic; use of the INTERPOL Terrorism Online Presence Unit and; INTERPOL continues its capacity building and analytical support for member countries.