DOHA, Qatar – Shaping a global response to crime risks associated with commerce undetected by government was the aim of a conference in Doha.

Co-hosted by Qatar and INTERPOL's Anti-Corruption and Financial Crimes Sub-Directorate, the four-day conference (3 – 6 April) focused on the latest organized crime trends such as the use of virtual currency in money laundering and payment card fraud, as well as high frequency trade, asset recovery, and information security.

More than 500 participants from 71 countries drawn from law enforcement and the private sector – including the banking industry and internet security – reviewed detailed case studies and investigations.

“Through the partnership between INTERPOL and Qatar’s Ministry of Interior, this unique event has provided a platform to focus on enhancing investigative methodologies on underground commerce and financial crimes. It will greatly reinforce our current capability, complement our ongoing training efforts and strengthen our investigative support to member countries,” said INTERPOL’s Executive Director of Police Services, Tim Morris.

The audience heard that INTERPOL will continue its efforts in this area in 2016 following the success and effectiveness of targeted enforcement operations in the Asia-Pacific region such as Operation First Light (to combat social engineering fraud), Operation Aces (targeting illegal online gambling centers), and its Global Airport Action Days Operation, undertaken in close cooperation with Europol to combat payment card fraud.

“INTERPOL acknowledged the strong support received from the government of Qatar and its strong contribution to global security and the establishment of the INTERPOL Global Complex for Innovation in Singapore.”

“We also reaffirmed our continued collaboration on Project Stadia and the mutual benefits to all parties of the continued high caliber secondments from the Qatari Police,” added INTERPOL’s Executive Director of Police Services. 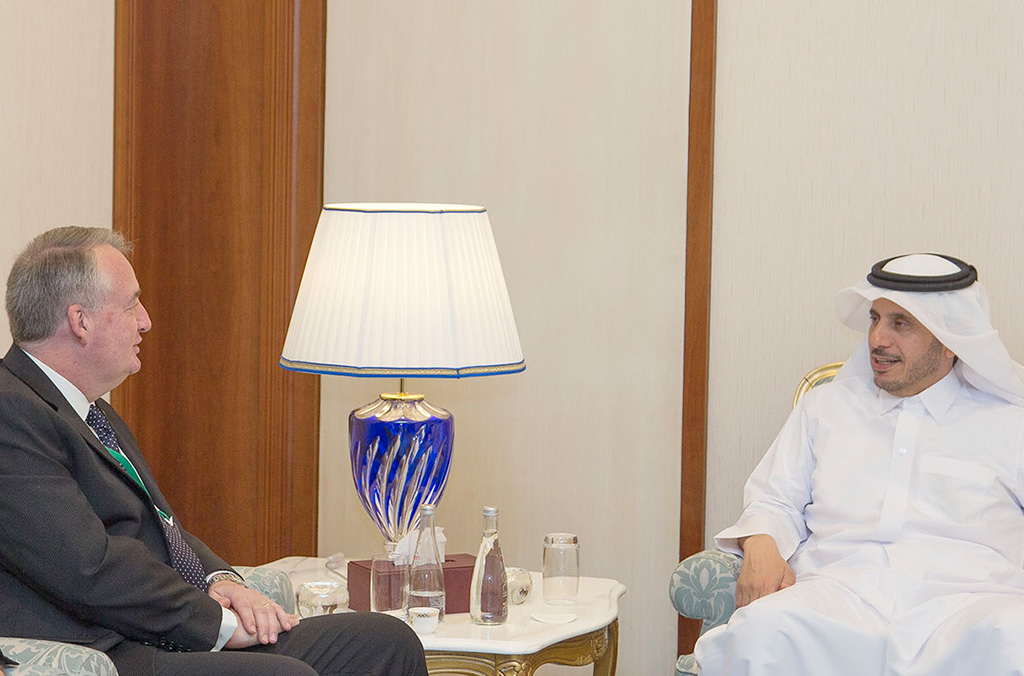