AMMAN, Jordan – A joint INTERPOL and European Union project to help strengthen security across Jordan by providing frontline officers with access to INTERPOL’s global tools and services has been launched in Amman. 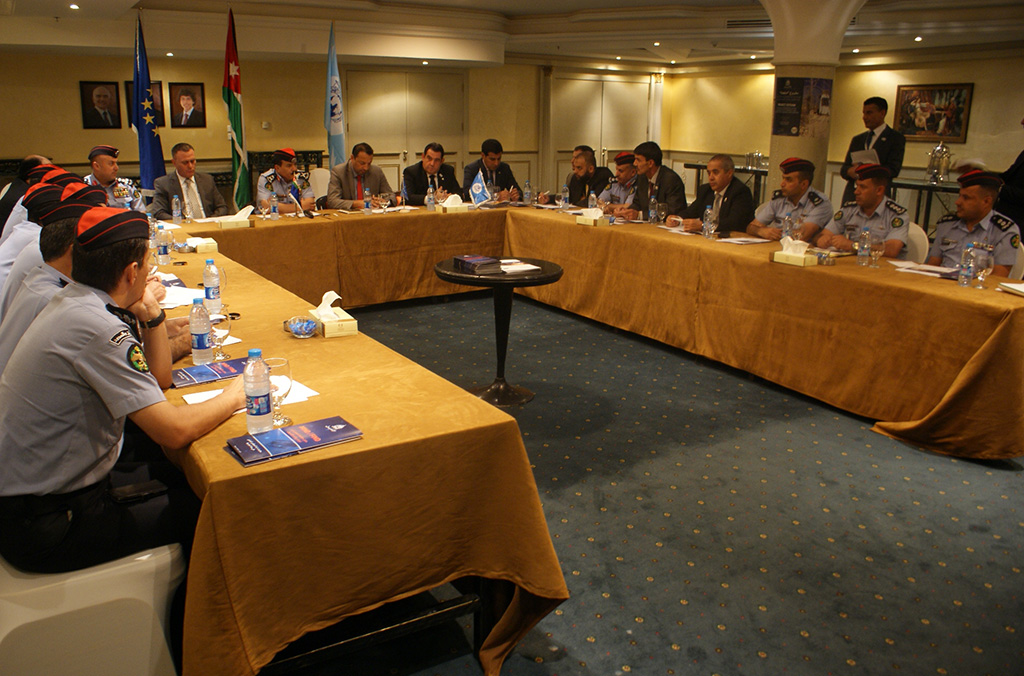 Project Estijab, which means ‘response’ in Arabic, will see the expansion of access to INTERPOL’s secure global police communications system, known as I-24/7, in order to assist Jordanian authorities in identifying security threats at its borders.

Law enforcement officers in the field and at key border control points will be able to conduct instant checks against INTERPOL’s databases for wanted persons, stolen and lost travel documents and stolen motor vehicles.

Expanding access to I-24/7 will also enhance the Jordanian authorities’ ability to exchange criminal information worldwide, as the system connects police in each of INTERPOL’s 190 member countries.

Further components of this 18-month project include reinforcing the capacity of INTERPOL’s National Central Bureau (NCB) in Amman and establishing automated procedures for all travel documents to be queried against INTERPOL’s databases.

Project Estijab is part of larger EU-funded EUR 5 million programme in partnership with the Government of Jordan aimed at boosting the ability of Jordanian authorities to improve public security and the rule of law.

“The European Union acknowledges Jordan's active role in promoting peace, security and stability within the region and the launch of the Estijab project with INTERPOL is aimed at further supporting this,” said Ibrahim Laafia, Head of Operations at the EU Delegation.

“We are committed to continue working in close partnership with the Government of Jordan, providing it with financial and logistic support, in order to improve border management and the security situation as a whole,” he added.

“To maintain peace and to make the world a safer place, Jordan continues to provide its full support to international police cooperation. This project will enhance our communication capabilities and ensure the most effective real-time information exchange,” said Major General Abed Almuhdy Al-Dmour, Assistant Director for Criminal Investigation of the Jordan Public Security Directorate.

The project was launched on the sidelines of the INTERPOL Heads of National Central Bureaus meeting for the Middle East and North Africa region, held in Jordan from 23 to 25 September.

Dominic Suc, Assistant Director of INTERPOL’s Information Systems and Technology directorate said: “This expansion will significantly enhance the capacities of the INTERPOL National Central Bureau in Amman and law enforcement across the country.