LYON, France – A fugitive wanted in connection with the murder of a British citizen is the subject of a global hunt via INTERPOL’s public website and secure police network.

At the request of INTERPOL’s National Central Bureau (NCB) in Manchester, INTERPOL has made public extracts of the internationally wanted persons Red Notice for Shane O’Brien, chief suspect in the 2015 murder of 21-year-old Josh Hanson.

Considered by the Metropolitan Police to be one of the UK’s most wanted fugitives, O’Brien allegedly stabbed Hanson in the neck in a North London bar in October 2015.

The suspect then fled the United Kingdom and is thought to have since assumed a false identity, a new nationality and altered his appearance, including with camouflage tattoos.

The fugitive is believed to be traveling in Europe using the Italian aliases of Enzo Mellonceli and Enzo Machado.

His last sighting by law enforcement was during his February 2017 detention in the Czech Republic on suspicion of criminal damage and assault.  With the fugitive reportedly using fake identity documents and an Italian alias, Prague authorities released O’Brien on bail at the time, pending further enquiries.

An illustration of the important role the general public can play in helping police detect fugitives globally, extracts of more than 6000 Red Notices are currently available for public consultation on INTERPOL’s public web page.

With INTERPOL’s global databases - which include Red Notice data - now queried almost 170 times every second worldwide, these have become amongst the key capabilities the Organization provides its member countries to prevent and investigate crime.

A reward has been made available by the UK’s Metropolitan Police Service in London for information leading to the arrest and prosecution of Shane O’Brien. 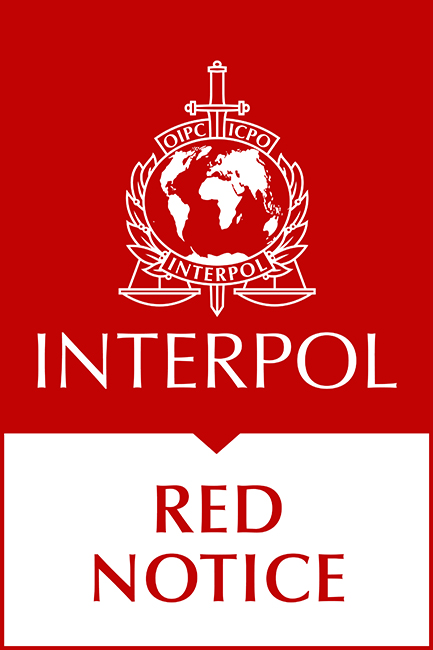