RIYADH, Saudi Arabia – Combating transnational crime across the Middle East and beyond was the focus of a meeting between INTERPOL’s Secretary General and the Saudi Arabia Minister of the Interior in Riyadh.

Terrorism was also high on the agenda during discussions between Mr Stock and HRH Prince Abdulaziz bin Saud bin Naif bin Abdulaziz, with Saudi Arabia a contributor towards the some 40,000 foreign terrorist profiles in INTERPOL’s databases.

The meeting also followed the Saudi Minister’s visit to the INTERPOL Global Complex for Innovation in Singapore, where he was briefed on the Organization’s activities in addressing current and emerging cyber threats. 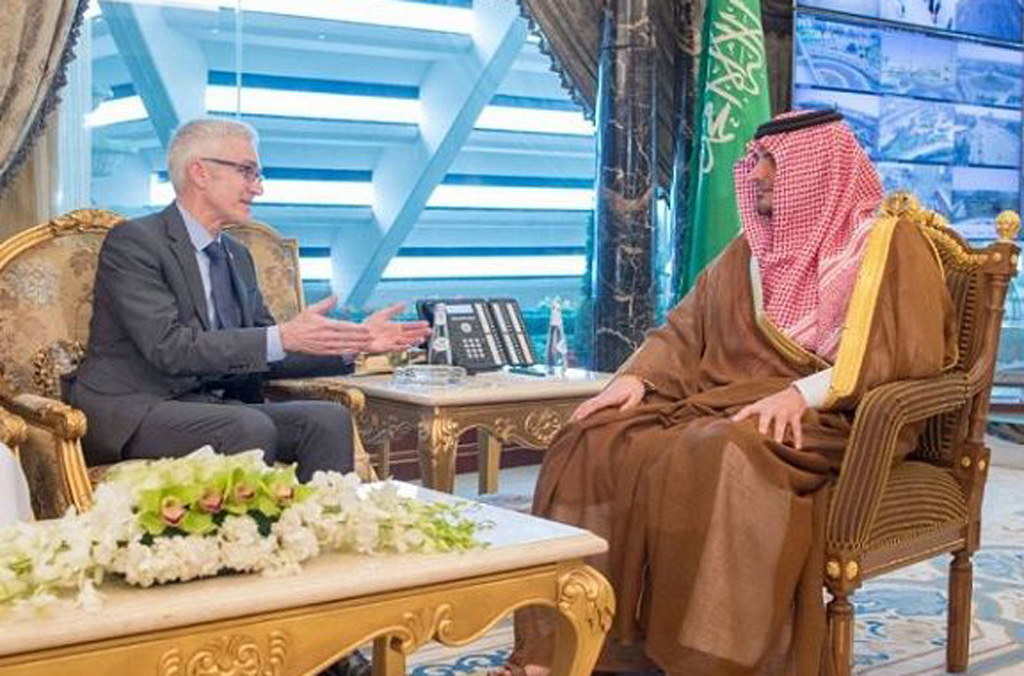