ABUJA, Nigeria - Global experts from some 70 countries have gathered to forge a common front against the complex, international groups behind human trafficking and migrant smuggling. 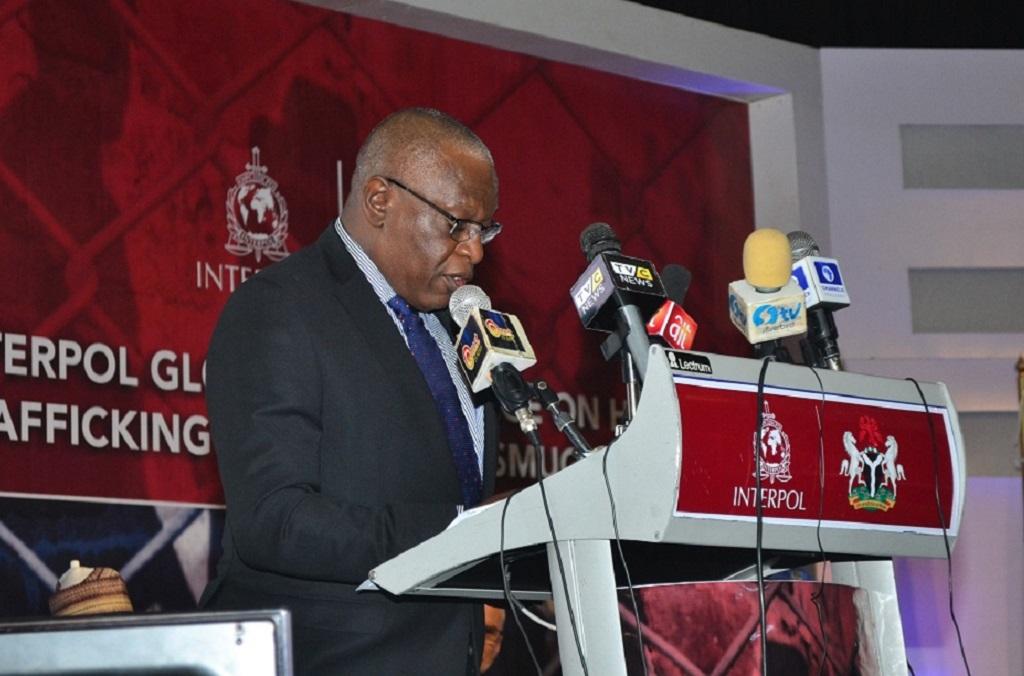 In remarks delivered via Olusegun Adeyemi Adekunle, Office of the Secretary to the Government of the Federation, Nigerian President Muhammadu Buhari highlighted the strong link between human trafficking, migrant smuggling and corruption. 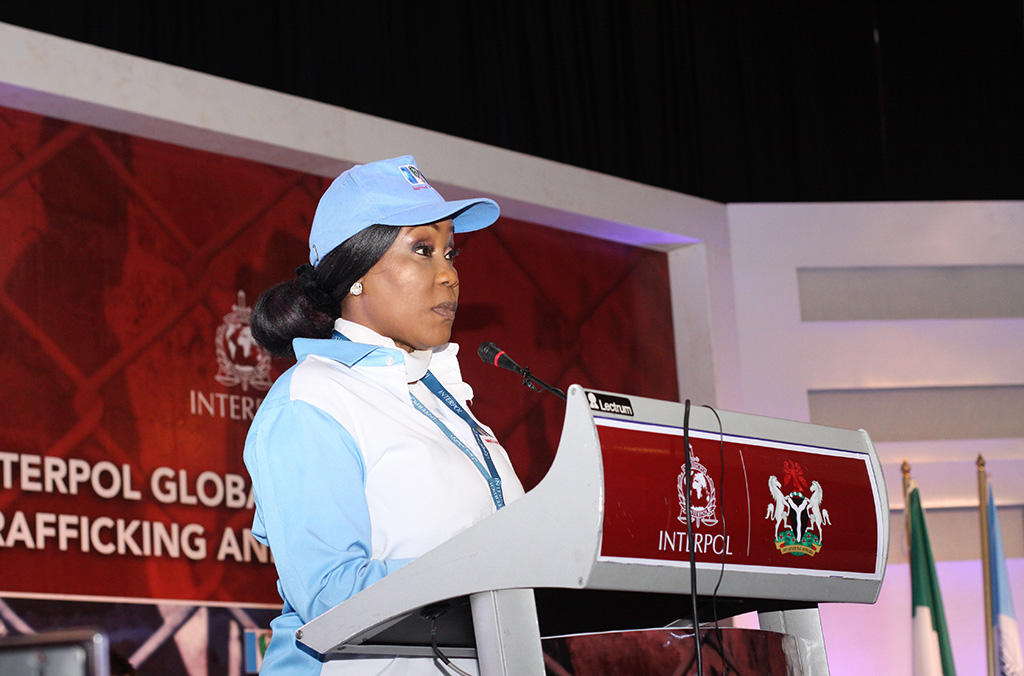 Julie Okah-Donli, Director General of NAPTIP gave an overview of Nigeria's fight against human trafficking, and called for all actors to do more. 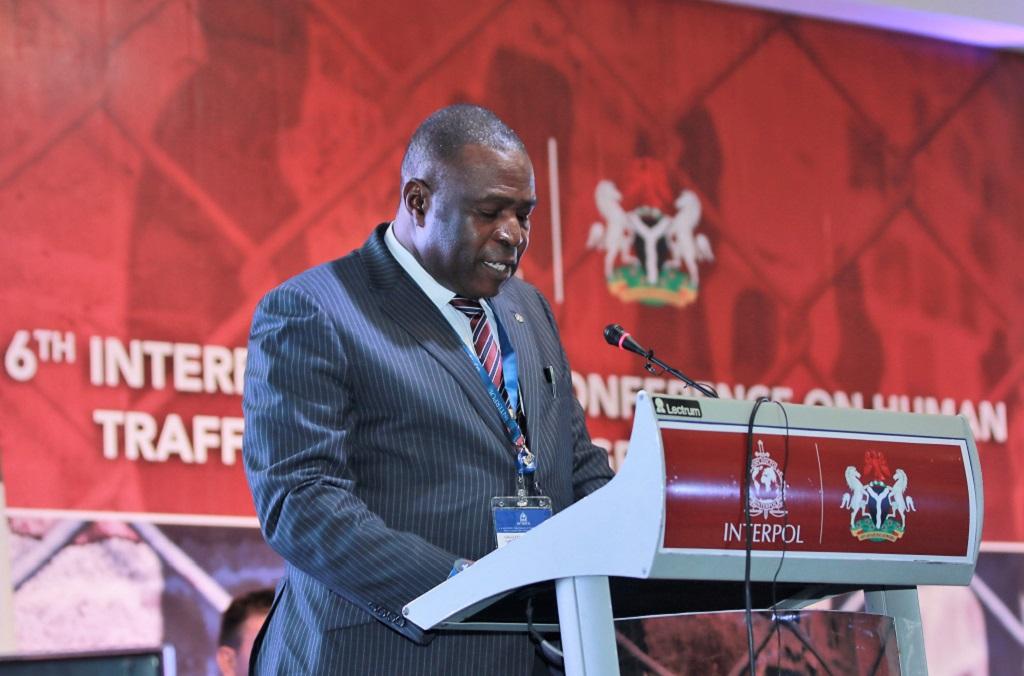 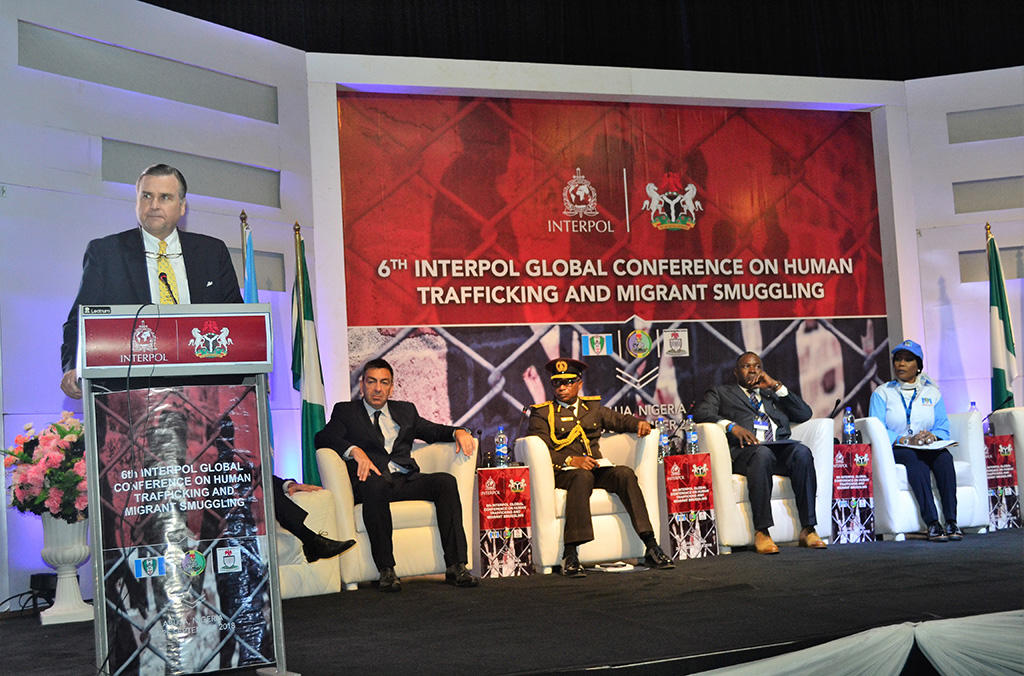 Stuart Symington, US Ambassador to Nigeria highlighted the value of forming strong networks against those that seek to do harm. 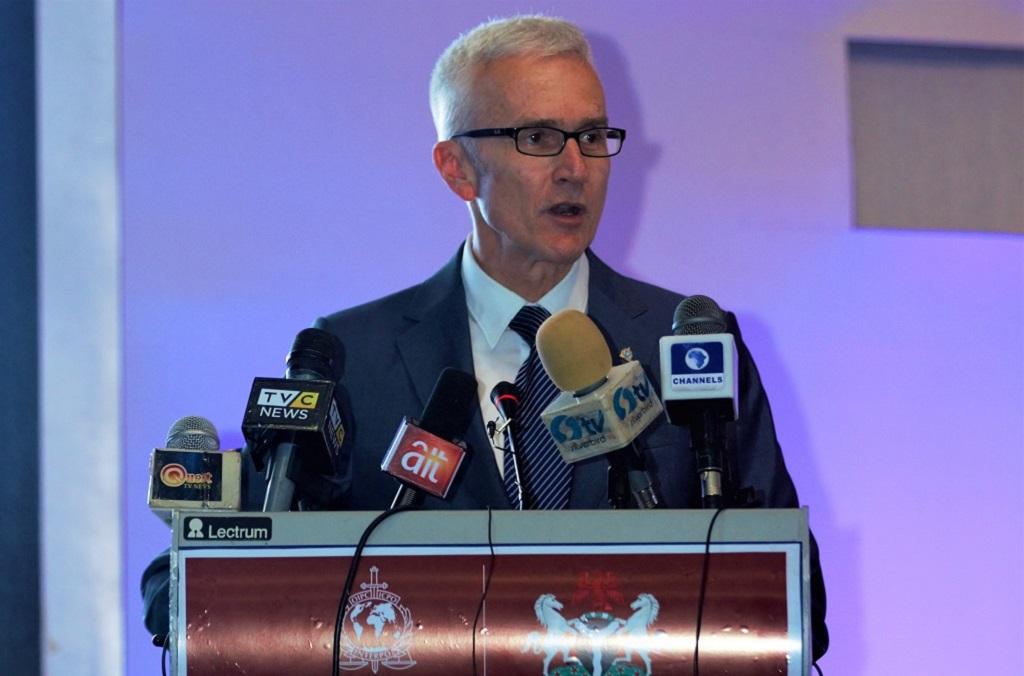 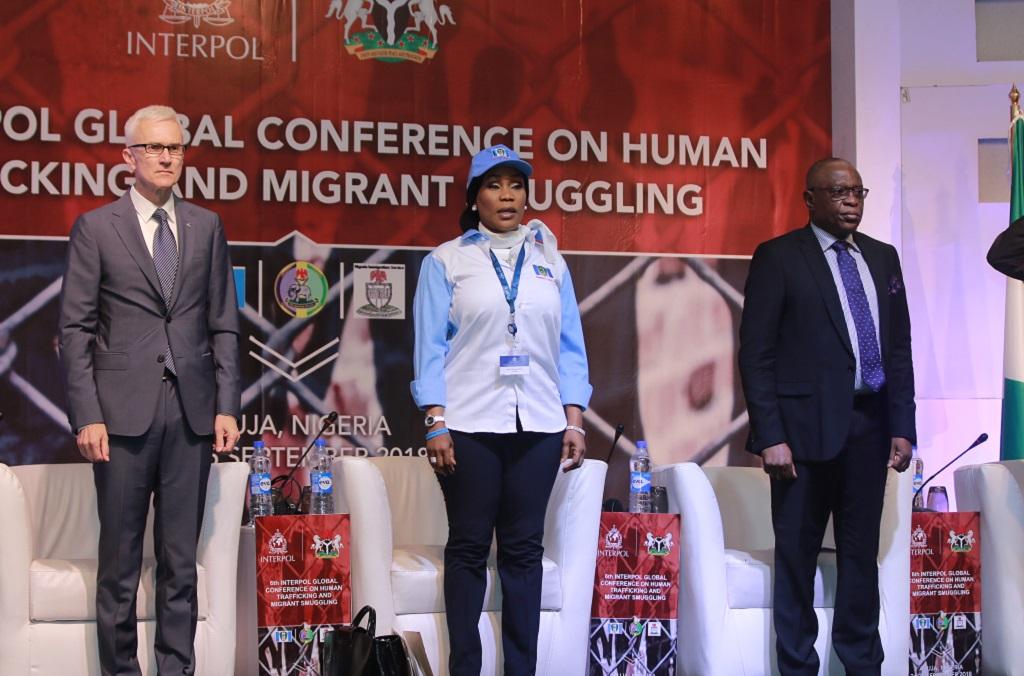 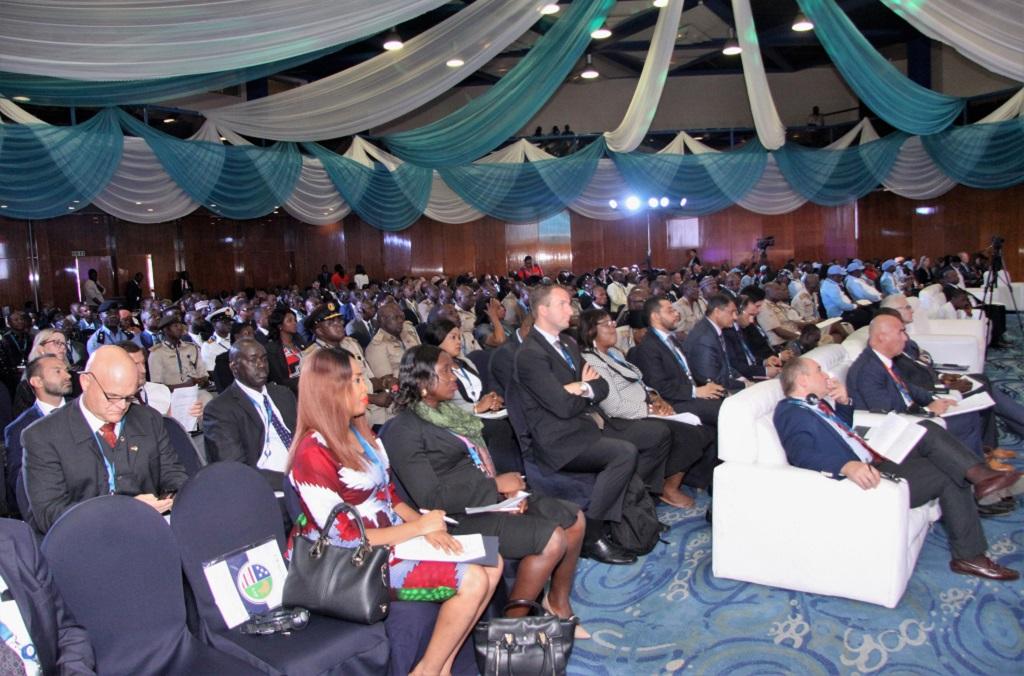 The conference has gathered more than 500 participants from some 70 countries. 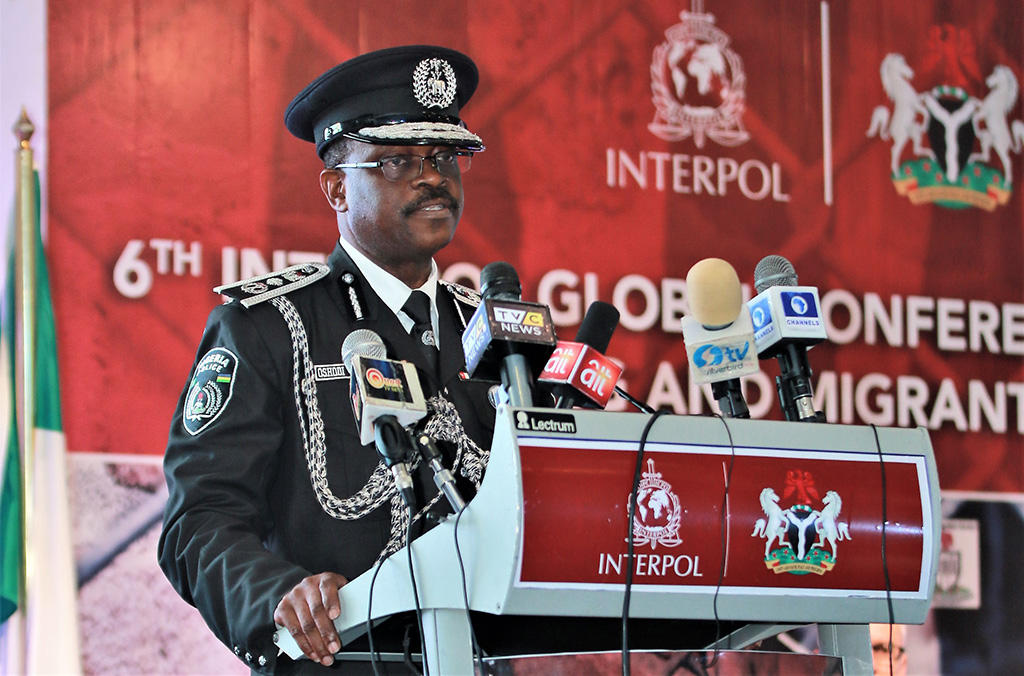 The 6th INTERPOL Global Conference on Human Trafficking in Migrant Smuggling is being held in cooperation with Nigeria's National Agency for the Prohibition of Trafficking in Persons, Nigeria Police Force and Nigeria Immigration.

With more than 500 specialists from law enforcement, the public and private sectors, non-governmental and international organizations, the two-day (24 and 25 September) event will shape global views on:

Links to other crimes

The groups behind human trafficking and migrant smuggling are often connected to other forms of crime such as money laundering, security document fraud, drugs, cybercrime and terrorism.

In remarks delivered via Olusegun Adeyemi Adekunle, Office of the Secretary of the Federation, Nigerian President Muhammadu Buhari highlighted the strong link between human trafficking, migrant smuggling and corruption:

"Unless we fight corruption in developing economies like ours, the little resources budgeted for development will be stolen by few elites, exposing our youth to poverty, and thus becoming vulnerable to trafficking and smuggling."

Human trafficking and migrant smuggling in the digital age

Organized crime networks have embraced technology and are using the Internet and social media to attract potential customers and advertise their services. They are, essentially, bringing their services into the palms of vulnerable hands.

"Men, women and children are shuffled around like commodities as the traffickers focus their efforts on making even bigger profits. These are terrible crimes targeting vulnerable victims, and it is essential that we continue with a holistic approach across all sectors if we are to effectively combat this threat," said Secretary General Stock.

In the last year, INTERPOL-led operations Epervier, Libertad and Sawiyan have led to the rescue of nearly 1,000 victims of human trafficking and people smuggling. Thanks to a coordinated approach involving pre-operational training and collaboration between national police forces, NGOs and social services, these operations have resulted in long-term police capacity, and appropriate care for those rescued.

As a global, neutral platform for the exchange of police information, INTERPOL gives police real-time access to criminal databases containing millions of records on identity documents, biometrics and wanted persons. Its Notices can also be used to alert member countries to fugitives, modus operandi or missing persons.

Earlier this year, INTERPOL's Global Task Force on Human Trafficking received the backing of G7 Security Ministers. The task force is the backbone for a number of initiatives, which provide investigative support, criminal analysis, training and regional workshops in INTERPOL member countries.

The Global Conference in Abuja will be followed by meetings of the INTERPOL Human Trafficking Expert Group and INTERPOL Specialized Operational Network on Smuggling on 26 and 27 September. Such operational groups play a crucial role in building networks which share specific, case-related intelligence on threats, trends, routes and modus operandi.