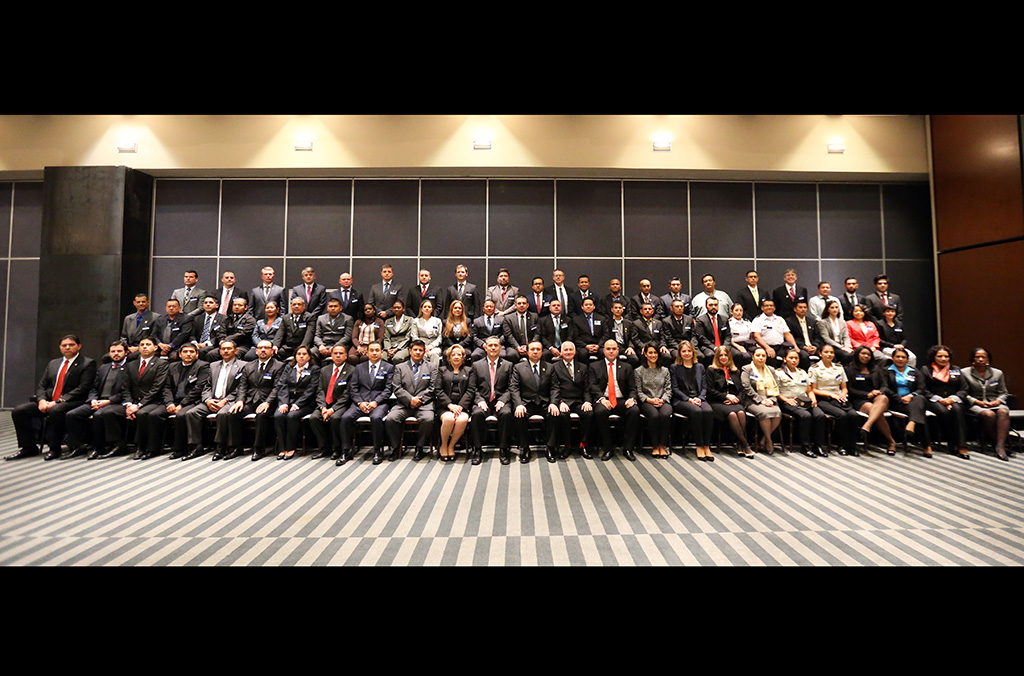 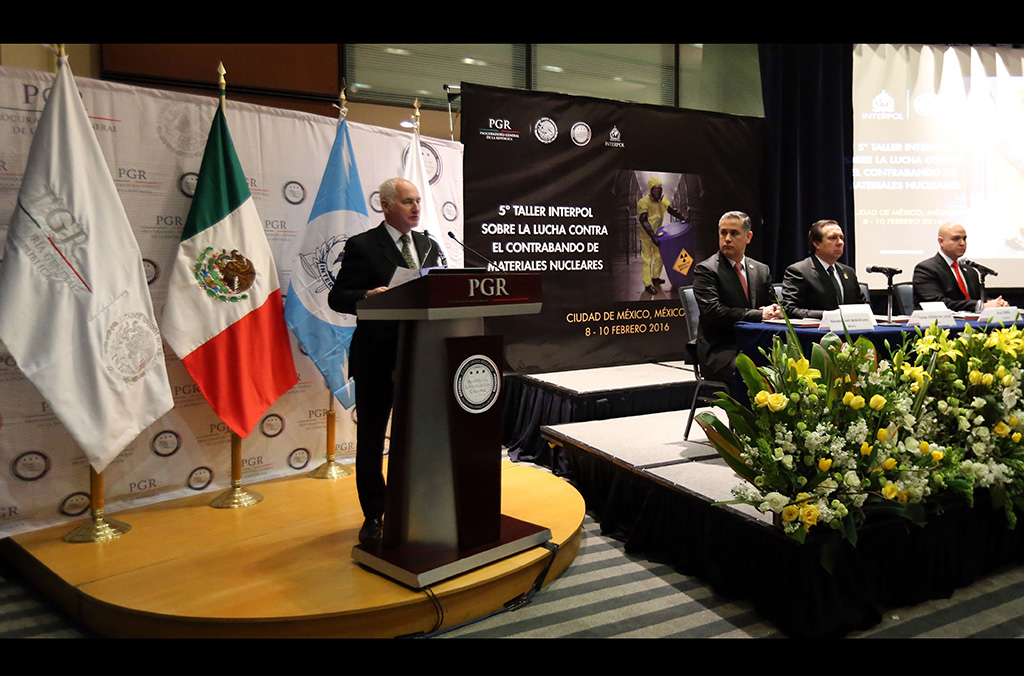 Alan King, Coordinator of INTERPOL’s Radiological Nuclear Terrorism Prevention Unit, told the 5th Counter Nuclear Smuggling Conference that the workshop was designed to enable participants to take the lessons learnt back to their home agencies to develop a capability to prevent the trafficking of nuclear material. 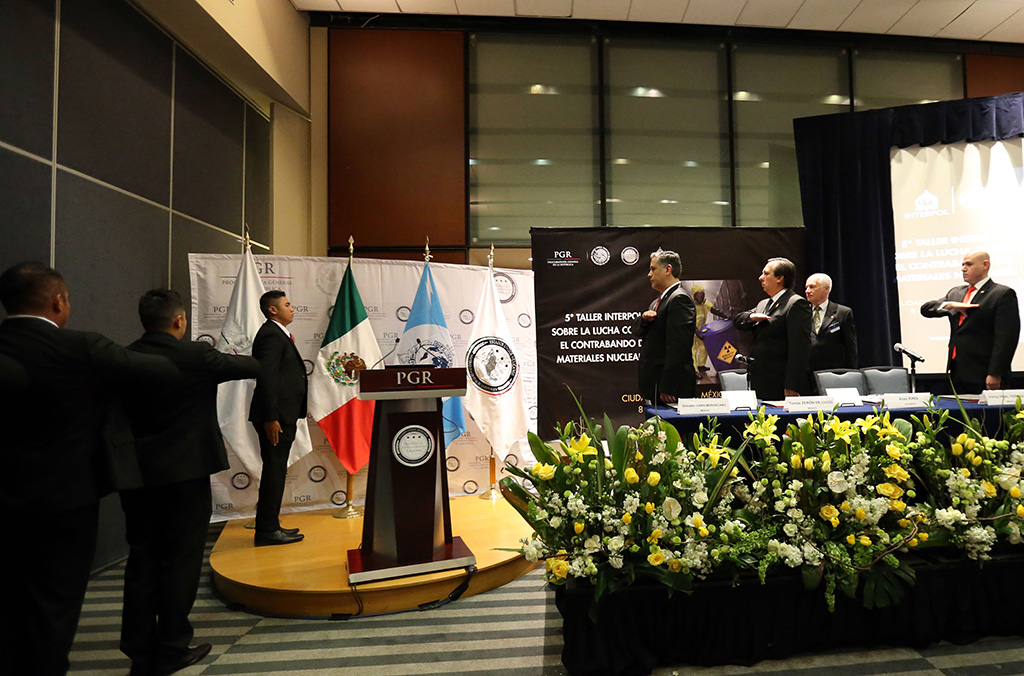 The opening ceremony of the 5th Counter Nuclear Smuggling Workshop in Mexico City. 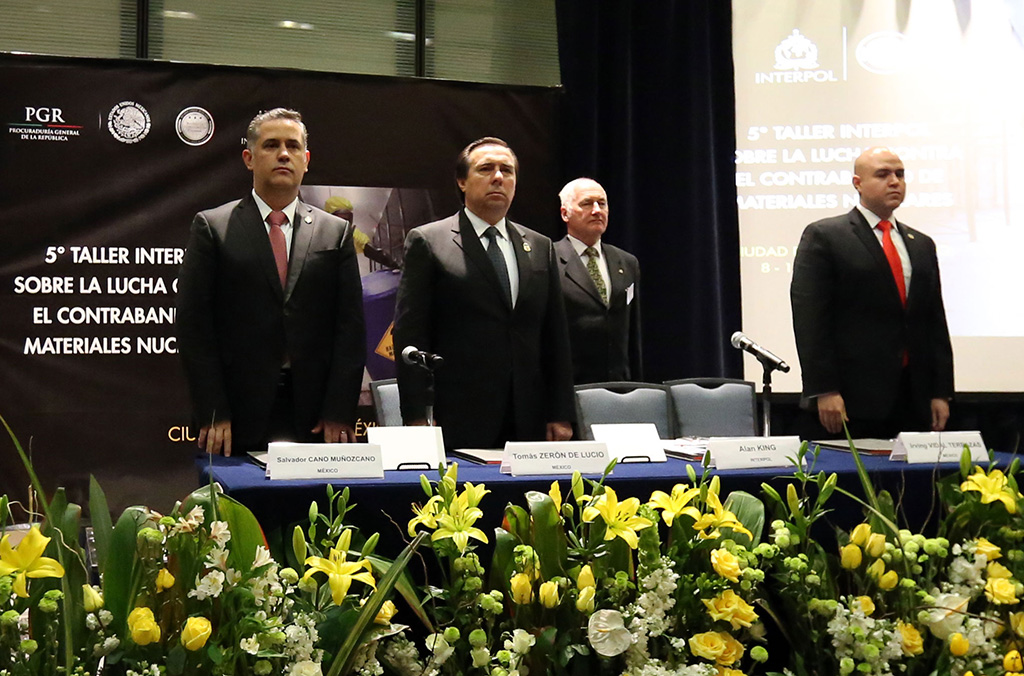 Some 65 representatives from police, customs and immigration, public health and government ministries gathered from eight countries across Latin America to raise awareness on the illicit trafficking of nuclear and other radioactive material, and INTERPOL’s policing capabilities against such a threat.

A key objective of the Counter Nuclear Smuggling Workshop was to promote national interagency cooperation through the development and deployment of counter nuclear smuggling teams to mitigate the illicit trafficking of nuclear and other radiological material.

The Coordinator of INTERPOL’s Radiological and Nuclear Terrorism Prevention Unit, Alan King, said: “No country is immune from the threat of terrorism involving the use of nuclear or other radioactive material. Even countries without a nuclear power industry still legitimately use radioactive isotopes in health care and the industrial sector. The possibility of these being trafficked by criminals and used by terrorists remains a reality.”

“This workshop is designed to enable participants to take the lessons learnt back to their home agencies to develop a capability to prevent the trafficking of nuclear material, target the offenders and enhance nuclear security,” added Mr King.

The workshop also highlighted the Global Initiative to Combat Nuclear Terrorism (GICNT) and its support to global nuclear security. GICNT is a voluntary international partnership of 86 nations and five international organizations – including INTERPOL – which are committed to strengthening global capacity to prevent, detect, and respond to nuclear terrorism.

In addition to training modules, it also incorporated practical exercises, such as scenario-based break-out activities and the use of mobile detection systems. The participating countries were Belize, Costa Rica, El Salvador, Guatemala, Honduras, Mexico, Nicaragua and Panama.

The workshop in Mexico City was the fifth in a series funded by the US Department of Energy. Previous workshops were held in Vietnam (February 2015), Tajikistan (July 2014), Turkey (December 2013) and Poland (February 2012).