RIO DE JANEIRO, Brazil – Developing the specialized skills to identify and more effectively combat crimes linked to sport is the focus of two training courses in Brazil this week, ahead of the Rio 2016 Olympic Games. 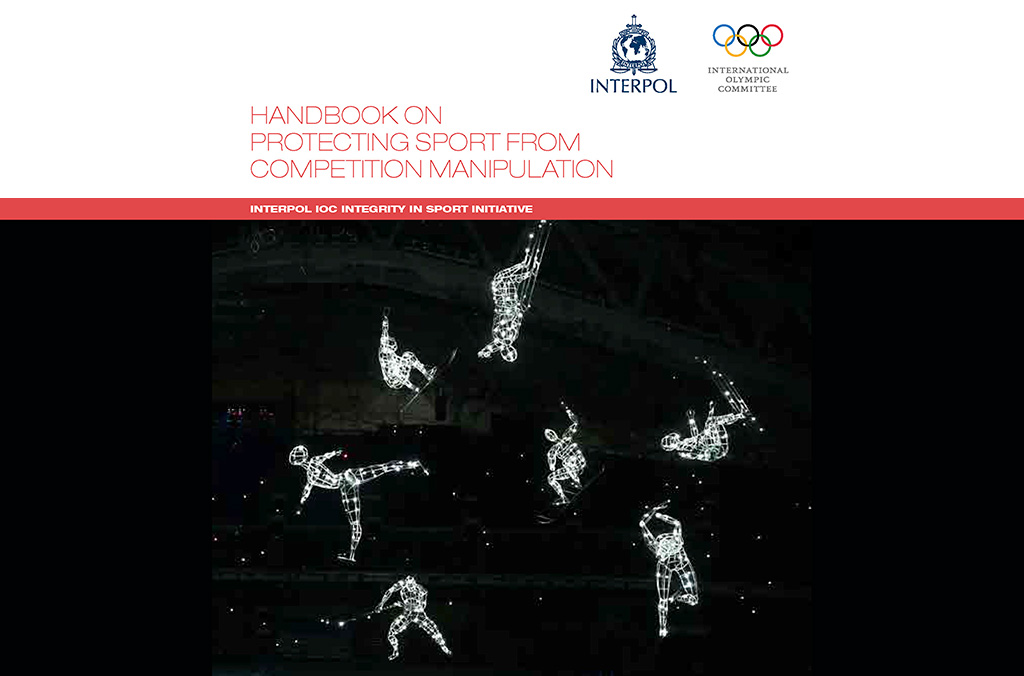 The INTERPOL-IOC Handbook on Protecting Sport from Competition Manipulation is a key resource in understanding the dynamics of competition manipulation and how to establish robust national measures to prevent match-fixing and other forms of corruption.
/

Jointly run by INTERPOL and the International Olympic Committee (IOC) with the cooperation of the Brazilian Federal Police, the first workshop (30 and 31 May) brought together senior representatives from law enforcement, the Ministry of Justice, judges, prosecutors, the national lottery, national sports federations, the Organising Committee of the Rio 2016 Olympics and academia.

The course focused on the legal tools available to deal with competition manipulation, sports betting, doping and other criminal matters in sport.

Both courses are aimed at raising awareness and strengthening the capacity of Brazilian authorities to deal with a range of potential crimes in relation to integrity in sport ahead of, and during, the Rio 2016 Olympic Games, particularly competition manipulation and doping.

As part of the two organizations’ united efforts to combat crimes in sport, today also sees the launch of the INTERPOL-IOC Handbook on Protecting Sport from Competition Manipulation.

With large profits to be made and relatively little chance of detection, competition manipulation has become more and more attractive to criminals and organized crime groups around the world.

The handbook complements the global capacity building and training delivered by the IOC and INTERPOL and provides an important point of reference for sports governing bodies and law enforcement to more effectively prevent and respond to integrity infringements.

“The integrity of sports all over the world is increasingly being threatened, with organized criminal groups trying to develop new ways of targeting the professional sport sector. A coordinated international prevention strategy, as conducted by INTERPOL and the IOC, is vital to tackle crime in sports,” said Rogério Augusto Viana Galloro, Executive Director of the Brazilian Federal Police.

Luiz Fernando Correa, Rio2016 Olympic Games Organising Committee Security Director, said: “Rio 2016 is fully committed and engaged in the prevention and investigation of any form of crime against sports during the 2016 Olympic and Paralympic Games. Thus, Rio 2016 established the Joint Integrity Intelligence Unit with the IOC in order to guarantee the integrity of sports in partnership with the Brazilian authorities.”

The training is the latest in a series of workshops, jointly delivered by INTERPOL’s Anti-Corruption, Financial Crimes and Asset Recovery unit which incorporates the ‘Crimes in Sport’ programme, and the IOC’s Ethics and Compliance section as part of a three-year partnership agreement to better tackle competition manipulation in sport with a focus on prevention and training.