LYON, France – INTERPOL Secretary General Ronald K. Noble is warning that a lack of oversight in the cigarette component supply chain is being exploited by organized crime to make billions in illegal profits by producing billions of illicit cigarettes. 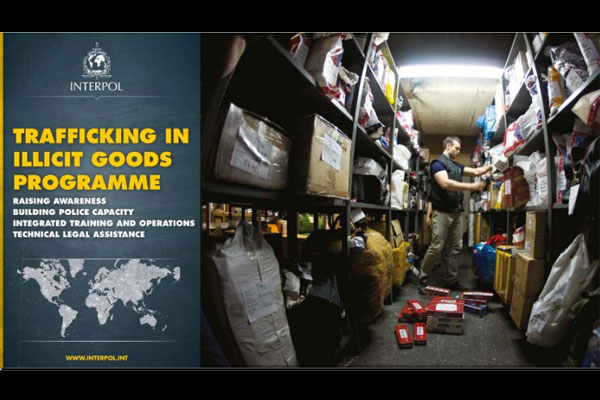 Producers of acetate tow, a key component in cigarette filters, are exporting high volumes of their product to cigarette manufacturers, well above production requirements and in some cases significantly higher than government mandated levels for legitimate production.

In one country alone, figures showed a surplus of nearly 27,000 tonnes of acetate tow one year, enough to make 214 billion cigarettes – worth tens of millions of dollars on the black market.

“The figures speak for themselves. Legitimately produced acetate tow is being oversupplied and used in the illicit trade in tobacco which generates millions in illegal profits for organized crime,” said Secretary General Noble.

“In my view, there are only two possibilities: Either acetate tow producers are selling excess levels of acetate tow to manufacturers producing illicit cigarettes, or acetate tow is being diverted from legitimate to illegitimate distribution points.

“One solution is for acetate tow producers to put in place their own stricter supply chain controls, another is for governments to impose severe criminal sanctions or civil penalties on producers who knowingly sell to manufacturers producing illicit cigarettes, or who remain wilfully ignorant to the final distribution points of their products,” said Secretary General Noble.

“Unfortunately, having met with the Global Acetate Manufacturers Association on two occasions, I am persuaded that their industry is not interested in taking active measures to find out how their product is ending up in the hands of organized criminals, nor in any meaningful collaboration with law enforcement to combat this problem,” added Mr Noble.

“It is in the interest of all governments to establish due diligence frameworks and ‘know your customer’ programmes such as those required for banks, and to demand track and trace systems for key component manufacturers to help combat the illicit trade in tobacco products and avoid millions being siphoned out of the public purse,” said the INTERPOL Chief.

“Global protocols in relation to tobacco-related products are in the process of being implemented, but action is needed now if we are to avoid society paying the price for a lack of control by acetate tow producers over the end distribution points for their products.

“Regulating identifiable, consolidated components industries, such as of acetate tow, is one step towards achieving our goals,” concluded Secretary General Noble.

INTERPOL launched its Trafficking in Illicit Goods and Counterfeiting programme in 2012, building on its established efforts against intellectual property crime, and to increase the organization’s efforts and resources to identify and dismantle the organized crime networks behind these crimes which pose a serious threat to public health and safety.