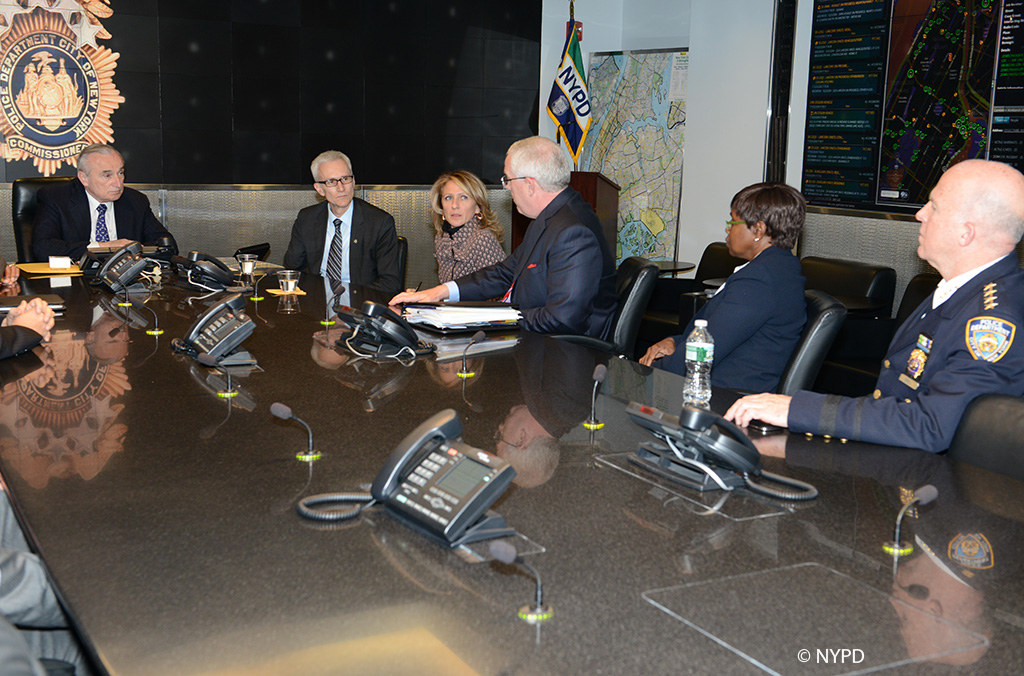 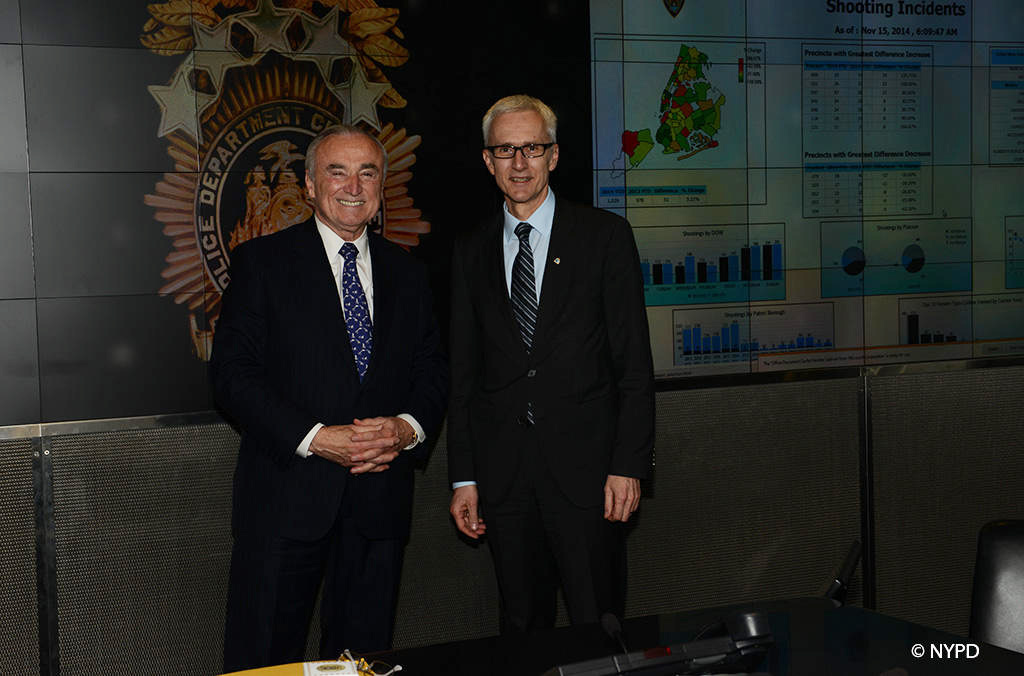 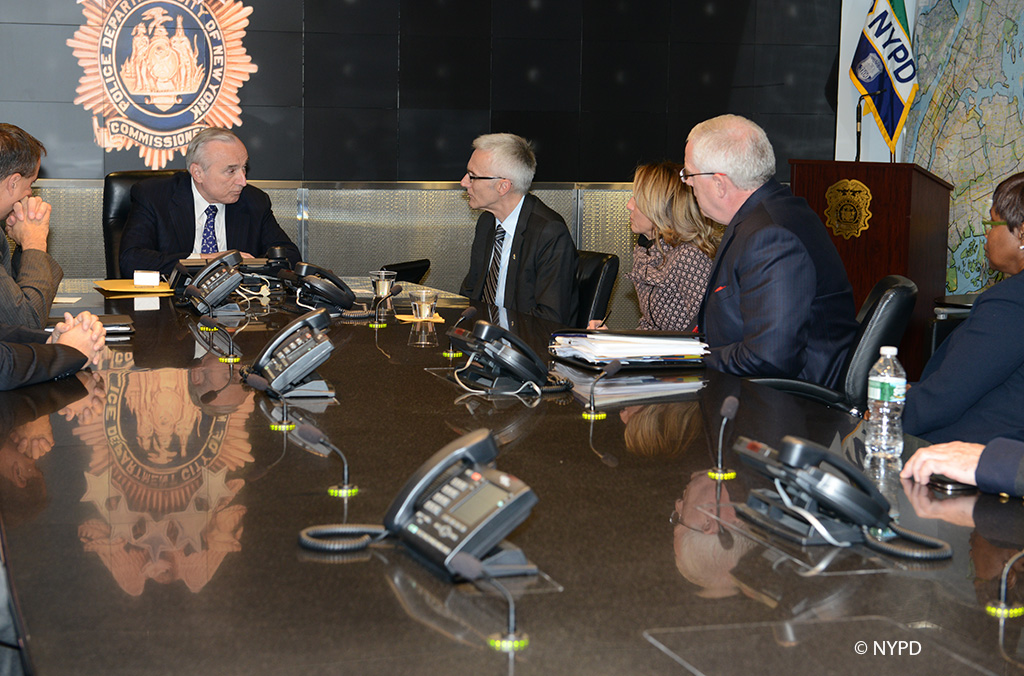 As a city which has been the target of multiple terrorist attacks, Commissioner Bratton said the NYPD are conscious of the very real danger posed by terrorism and violent extremism, even to countries located far from conflict zones.

Commissioner Bratton called for a global effort via INTERPOL’s network to identify and prevent potential foreign fighters from traveling abroad, where they are learning combat and terrorism skills which present a real threat to public safety when they return to their home countries.

"NYPD Detectives assigned to INTERPOL in Washington and Lyon, France work side-by-side with their international partners on vital projects, including INTERPOL's tracking of foreign fighters and the database of stolen passports in the black market world,” he added.

Recognizing that the increase in foreign nationals traveling to fight in conflicts in the Middle East has wider implications for global security, Secretary General Stock encouraged the NYPD, and the greater law enforcement community worldwide, to use INTERPOL’s tools and services to exchange information and intelligence on foreign terrorist fighters.

“Countering the transnational threat of foreign fighters is the collective responsibility of all law enforcement worldwide, and as such requires a coordinated global response,” said Mr Stock.

“Through information sharing amongst INTERPOL’s global network, we are working to identify suspected foreign fighters and prevent them from traveling. But in order for this vital effort to be successful, it requires the increased collaboration of each of our 190 member countries, combined with substantial on-the-ground action,” concluded the INTERPOL Chief.

In this respect, the Secretary General Stock pointed to the recent UN Security Council Resolution 2178 which recognizes INTERPOL’s efforts in countering the threat posed by foreign terrorist fighters, highlighting the use of INTERPOL’s I-24/7 secure police communications network, global databases and international notices system, and procedures to track stolen or altered travel documents.

A number of countries have implemented initiatives engaging the public to assist law enforcement in preventing individuals from becoming radicalized or travelling to conflict zones. INTERPOL’s Turn Back Crime campaign takes this philosophy to a global level, raising awareness of the threat posed by violent extremism and encouraging a shared response of police, government, the private sector and the public in combating this threat.

Mr Stock is in New York to meet with senior UN officials and attend meetings of the UN Security Council.