KENYA/ZIMBABWE - An operation across Eastern and Southern Africa targeting a range of cross-border crimes has resulted in the rescue of human trafficking victims, the seizure of drugs, guns and stolen vehicles and the recovery of smuggled goods including ivory and diamonds. 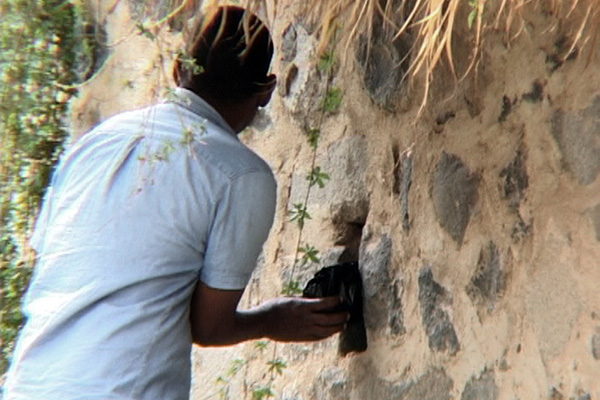 A drug dealer is caught hiding drugs in a wall in Eritrea. 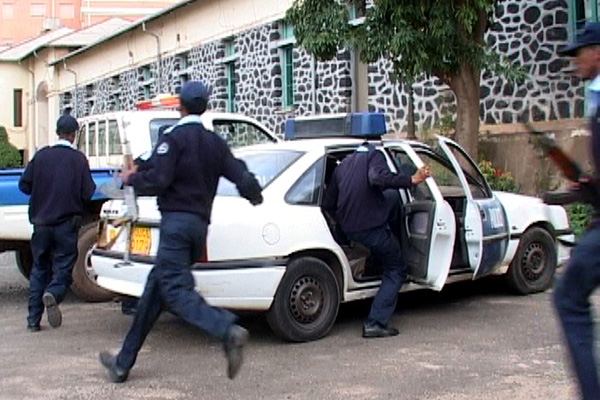 Officers in Eritrea heading out to conduct a raid as part of Operation Usalama, driven by EAPCCO and SARPCCO, supported by INTERPOL. 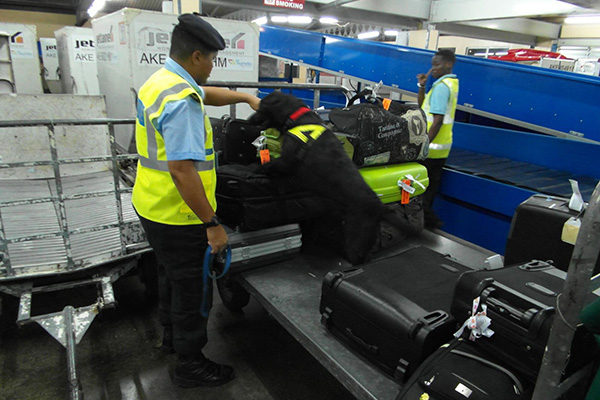 Drugs including heroin, cocaine and cannabis were seized at key border points during Operation Usalama. 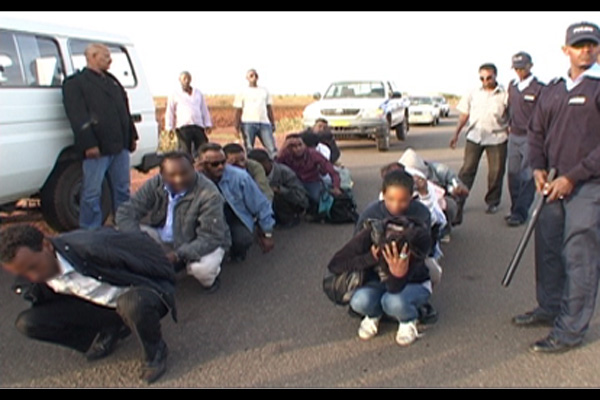 Illegal immigrants stopped by police in Asmara, Eritrea as part of Operation Usalama. 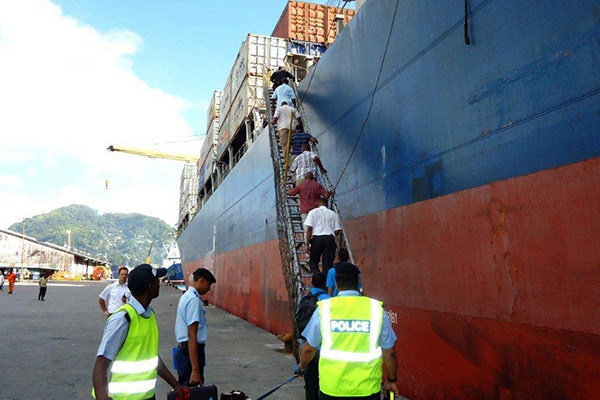 Police in the Seychelles checks the crew and cargo on a container ship as part of Operation Usalama which targeted human, drugs and arms traffickers across Eastern and Southern Africa.

A police sniffer dog checks baggage at Mahe International Airport in the Seychelles. 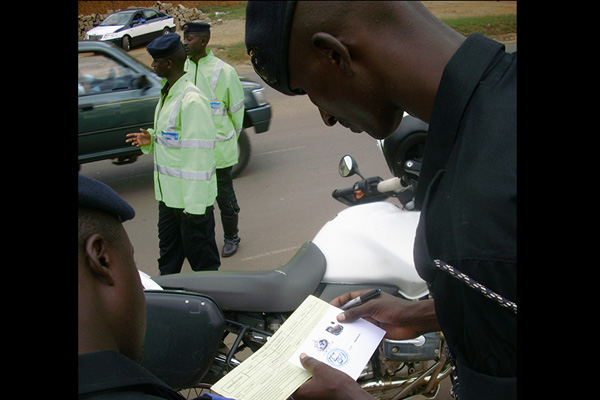 Thousands of checks against INTERPOL’s  stolen vehicle database as part of Operation Usalama resulted in matches for vehicles reported stolen from countries including Japan, Malaysia, South Africa and the United Kingdom. 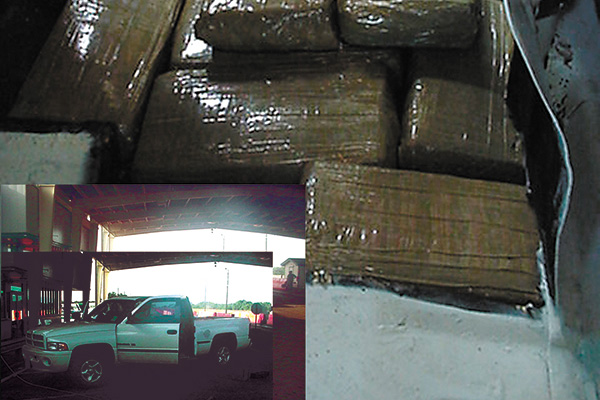 Operation Usalama resulted in the rescue of human trafficking victims, the seizure of drugs, guns and stolen vehicles and the recovery of smuggled goods including ivory and diamonds. 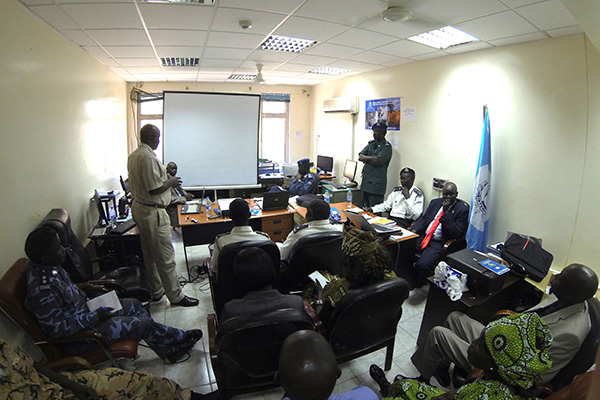 One of the pre-operational briefings was held in Juba, South Sudan to share intelligence on national and regional crime issues, identify trends and provide training on INTERPOL’s global tools and services. 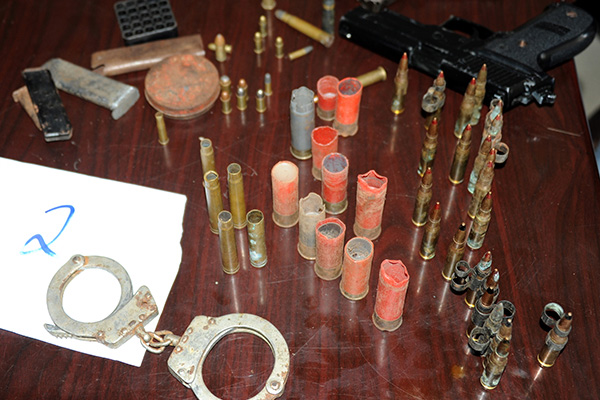 Ammunition and a pistol recovered by police in the Kinondoni district of Tanzania.
/

AK-47s were among the guns recovered in Tanzania and Uganda with weapons also seized in Burundi and Swaziland. Thousands of checks against INTERPOL’s  stolen vehicle database resulted in a series of matches for vehicles reported stolen from countries including Japan, Malaysia, South Africa and the United Kingdom.

Other results include the recovery of 12 elephant tusks in Mozambique and Tanzania, the arrest of a woman in possession of six kg of heroin at Nairobi’s international airport, the destruction of some 100 acres of cannabis plantations in South Sudan, Tanzania and Uganda, and the identification of a suspected diamond smuggler in Botswana.

“My experience as a police chief is that ultimately every crime is transnational and cross-border in nature. This calls for the need to work together more than ever to solve national and transnational crimes,” said General Kale Kayihura, Inspector General of Police and Chairperson of EAPCCO.

“The success of operation Usalama shows that we can and must work together, not only at EAPCCO/SARPCCO regional level, but also at pan-African level if we are to succeed,” concluded Mr Kayihura.

Saidi Ally Mwema, Inspector General of Tanzania Police and SARPCCO Chairperson said: “The unique joint SARPCCO/EAPCCO Operation Usalama was a clear success with its impact shown by the results.

“The operation brought together law enforcement officials from customs, immigration and the Tanzania Intelligence Security Service with the police as the lead agency. We can look forward to repeating operations of this nature in the future which show that together as regions we can combat crime even more effectively,” added Mr Mwema.

Supported by INTERPOL’s Regional Bureaus in Nairobi and Harare, a series of pre-operational briefings were held to share intelligence on national and regional crime issues, identify trends and provide training on INTERPOL’s global tools and services used during the three-day (16 – 18 July) operation.

“Hundreds of human trafficking victims have been saved, drugs and guns taken off the streets and serious criminals arrested through this operation, made possible through the leadership of EAPCCO and SARPCCO,” added Mr Rwego.

“The dedication of all the law enforcement officers who took part in Operation Usalama led to its success and demonstrates the effectiveness of national and regional cooperation,” said Chilika Simfukwe, Head of INTERPOL’s Regional Bureau in Harare.

“INTERPOL stands ready to provide its continued assistance and support to law enforcement across the region and beyond,” concluded Mr Simfukwe.

Investigations are continuing with updated results to be reported during the forthcoming EAPCCO and SARPCCO meetings.