Fugitive rapist wanted by Switzerland via INTERPOL arrested in Poland

Fugitive rapist wanted by Switzerland via INTERPOL arrested in Poland

LYON, France – A convicted rapist wanted by Switzerland has been arrested in Poland the day after an INTERPOL Red Notice, or international wanted persons alert, was issued to help identify and locate the fugitive. 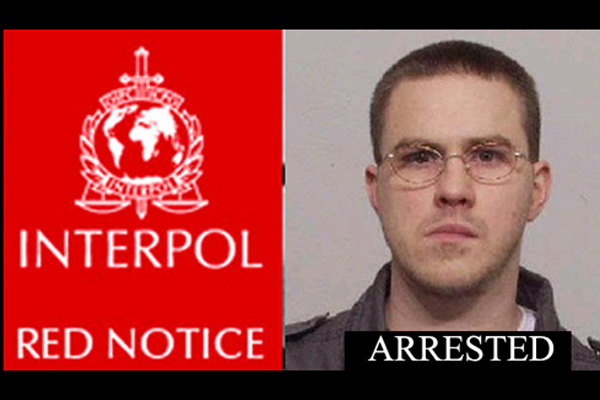 Fabrice Anthamatten was taken into custody near the Polish/German border on Sunday 15 September following close coordination between the INTERPOL National Central Bureaus (NCBs) in Bern, Warsaw and Wiesbaden and INTERPOL's Command and Coordination Centre at its General Secretariat headquarters in Lyon.

The 39-year-old, who has been convicted of rape in France and Switzerland, disappeared on Thursday 12 September after leaving the La Pâquerette correctional facility with his therapist, whose body was later discovered in woods near Geneva.

Anthamatten was arrested after being spotted by police in Germany travelling in the Swiss registered white Citroën Berlingo in which he had last been seen.

“The swift arrest of this dangerous fugitive is a credit to all of the law enforcement agencies involved and clearly demonstrates the effectiveness of cross border police cooperation,” said INTERPOL’s Executive Director of Police Services, Jean-Michel Louboutin.

A Red Notice represents one of INTERPOL’s most powerful tools in tracking international fugitives. Containing identification details and judicial information about a wanted person, INTERPOL Red Notices communicate to police worldwide that a person is wanted by a member country and request that the suspect be placed under provisional arrest pending extradition.