SARAJEVO, Bosnia and Herzegovina ‒ At a ceremony marking the 20th anniversary of Bosnia and Herzegovina’s membership of INTERPOL, Secretary General Ronald K. Noble said that the country’s dedication to international law enforcement collaboration had placed it on the frontlines of global policing. 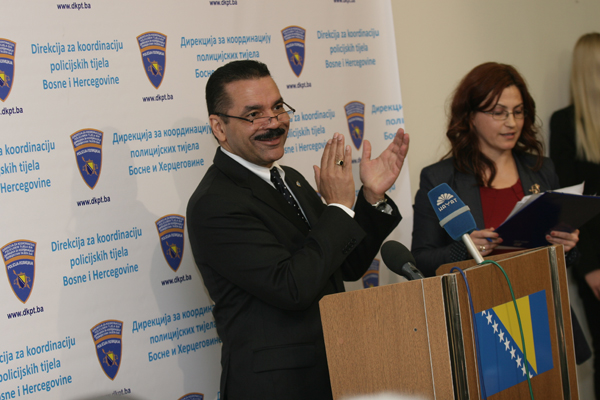 Secretary General Noble spoke of Bosnia and Herzegovina’s commitment to international policing, demonstrated through their extensive use of INTERPOL’s databases. 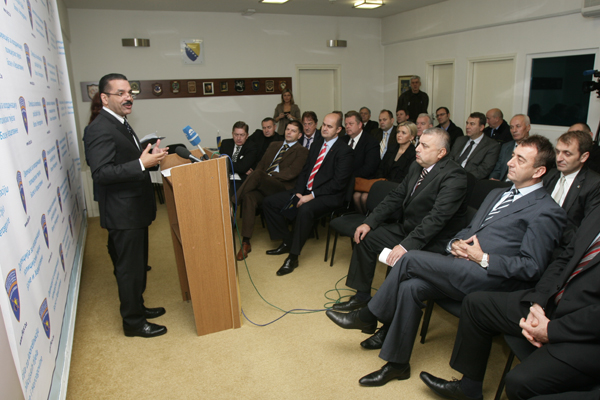 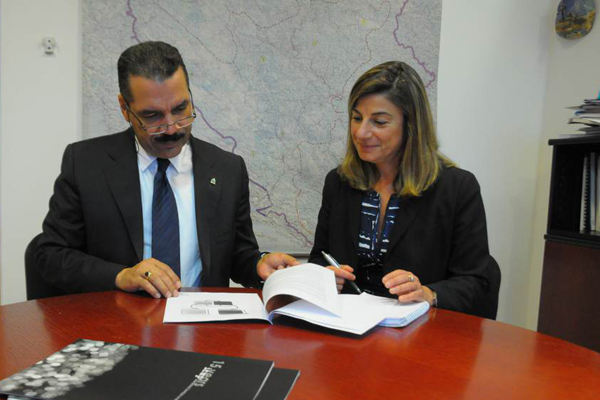 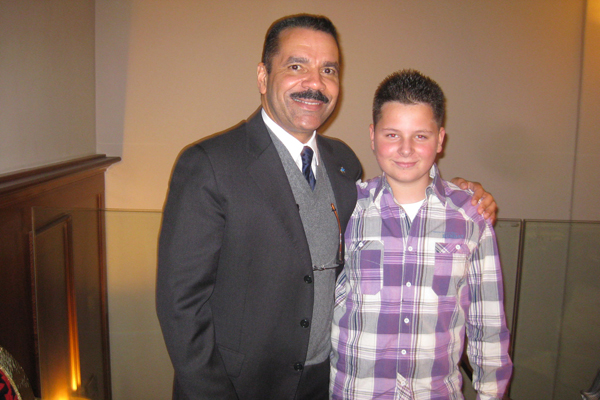 Mr Noble also met with 13 year-old Adnan Mevic, symbolically declared the world’s 6 billionth citizen by the United Nations when he was born in October 1999. 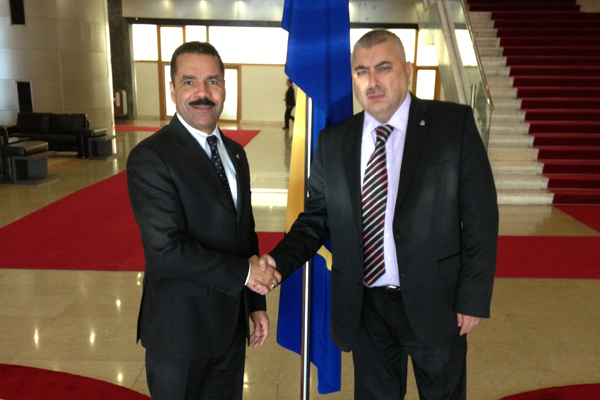 Secretary General Noble with Himzo Selimovic, Director for the Coordination of Police Bodies, Bosnia and Herzegovina.
/

Senior officials assembled at the Directorate for Coordination of Police Bodies to mark the creation of INTERPOL’s National Central Bureau (NCB) in Sarajevo in 1992 heard that the anniversary provided an opportunity for underlining both the country’s and region’s importance in the global fight against transnational crime.

The Deputy Minister of Security of Bosnia and Herzegovina, Mladen Cavar, underscored his country’s close cooperation with INTERPOL, saying that Secretary General Noble’s visit to mark the 20th anniversary of NCB Sarajevo represented ‘a new page in the enrichment of cooperation with the world police body’.

Secretary General Noble said Bosnia and Herzegovina had shown a resilience and a commitment that make it a major player in the fight against transnational crime.

Mr Noble recalled how, in 2003, NCB Sarajevo belonged to the first wave of NCBs to become connected to INTERPOL’s global communication network, I-24/7. Today all 55 international border crossing points in the country, covering 1,551 kilometres, are connected to the system.

In this respect, another major step was taken today with the beginning of the expansion of INTERPOL’s network to the security agencies of the country’s cantons. The first such agreement with the Ministry of Interior of the Herzegovina-Neretva canton saw it connected to INTERPOL’s global police communications network, leading the way for enhanced cooperation between INTERPOL and all cantons in Bosnia and Herzegovina. Parties to the agreement included Himzo Selimovic, Director for the Coordination of Police Bodies.

The audience at the ceremony heard how Bosnia and Herzegovina ranks among the top 10 INTERPOL member countries in using the world police body’s databases, performing so far in 2012 alone 22 million searches, compared to six million in 2010. The country is also a key member of the Southeast Europe Police Chiefs Association which has been cooperating with INTERPOL since its creation in 2002.

With INTERPOL’s General Secretariat headquarters in Lyon, France, hosting from 20 to 22 November the 5th International Expert Meeting on War Crimes, Genocide and Crimes against Humanity, Mr Noble welcomed Bosnia and Herzegovina’s attendance at the conference. He underlined how international cooperation  was crucial in identifying, locating and arresting suspected war criminals such as  Aleksandar Cvetkovic, wanted by the Bosnian authorities for genocide and subject of an INTERPOL Red Notice. Cooperation between INTERPOL and the authorities in Israel and Bosnia and Herzegovina led to the fugitive’s arrest in Jerusalem in January 2011.

“The 20th anniversary of NCB Sarajevo serves as a sobering reminder of the dramatic events the Balkans went through back in the 1990s.  Bosnia and Herzegovina is not at war any more, but it won’t be at peace until justice is done. Let me thus congratulate countries of southeastern Europe for their involvement in the arrest of the 161 individuals indicted by the International Criminal Tribunal for the former Yugoslavia,” said Mr Noble.

The Head of INTERPOL said that the existing 27 Red Notices for internationally-wanted persons issued at the request of Bosnia and Herzegovina for war crimes remained a priority for INTERPOL.

“We have entered into a new era in how we address the challenges posed by transnational crime. And INTERPOL will remain at your side, as we did the past 20 years, to confront those criminals that have hampered the future of Bosnia and Herzegovina for too long,” concluded Secretary General Noble.

During his mission to Sarajevo, Secretary General Noble also visited the International Commission on Missing Persons where he held talks with its Director General, Kathryne Bomberger.

Mr Noble also met with 13 year-old Adnan Mevic, symbolically declared the world’s 6 billionth citizen by the United Nations when he was born in October 1999. With the world today counting more than seven billion citizens, the meeting with the former war-torn country’s child amidst a soaring global population underlined the importance to INTERPOL for tomorrow’s citizens to grow up in a safer world.